We knew he was a good crit racer. We knew he was fast in the sprint. And we knew he was eager. Nineteen-year-old Gage Hecht, a first year U23, combined all that into winning the Redlands Bicycle Classic stage four City of Redlands Criterium on Saturday. It’s the first victory for Aevolo Cycling in its maiden season. 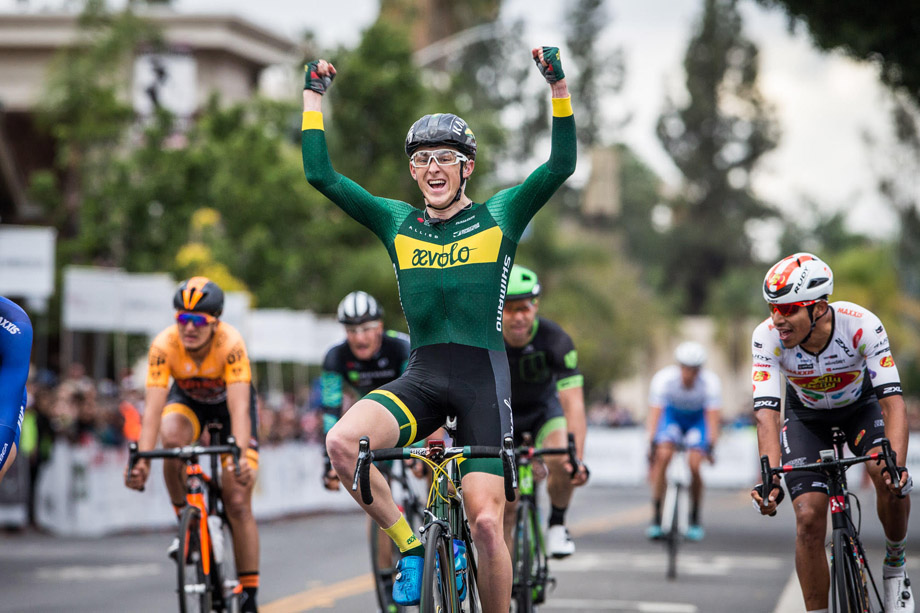 Hecht won the sprint of a breakaway of nine after the 90-minute timed race. The breakaway formed just beyond the mid-point of the stage.

“People were starting to look at each other because they were getting tired,” said Hecht. “It’s stage four of Redlands, so of course they are going to be tired. I saw them jump and I didn’t want to miss out on something like that. I didn’t know if it was going to stick, but it did.”

When it became clear the breakaway was the winning move, Hecht began to focus on the finish.

“I had talked to friends that had competed in the race and they all said the same thing: the second one through the final chicane will have the best entrance to the sprint,” Hecht said. “Tyler Stites and I agreed with that assessment after viewing the final corner the morning of the race. If I wanted to win, I knew where I needed to be.

“Like with almost every break, the last lap was hard to judge. It was definitely the hardest physically, mentally and tactically. The gap back to the pack was narrowing, but conservation is important. It’s always hard to tell when to sit at the back and conserve and when to work to keep a gap.”

Early in that final lap, two riders attacked. Hecht followed their wheels, sitting on until the last all-important corner.

“Before the final chicane, Ulises Castillo (Jelly Belly p/b Maxxis) came around to the front,” Hecht said. “I grabbed his wheel, and coming around the final corner, jumped out of the saddle.

“About halfway through the final meters, I remember being almost in shock at the position I was in,” Hecht added. “I was so excited and happy to be able to compete on such a prestigious level with people like Danny Summerhill (United Healthcare). These are racers I have spent my entire junior career looking up to. I am so happy and proud to have been able to compete with them yesterday.”

Hecht’s win comes after only 13 days of racing for Aevolo.

“It’s relieving to get that win,” said sports director Mike Creed. “The guys could be forgiven for not getting a single high level win all year. But to get it in our third race? It’s exiting.”

To keep reading, head on over to our Exposure site. 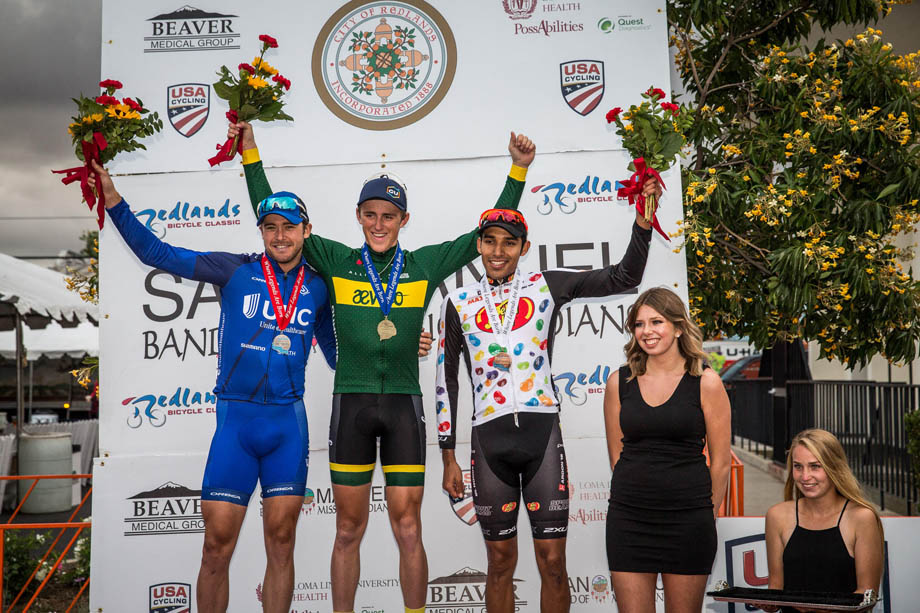 Giro 100: After Sardinia SIDI is in the Pink!