Gage Hecht delivered another Aevolo Cycling first on Sunday when he won the Redlands Bicycle Classic points classification jersey. The 19-year-old, who snagged Aevolo’s first stage win the previous day, had full backing from his teammates in a successful defense of the green jersey. 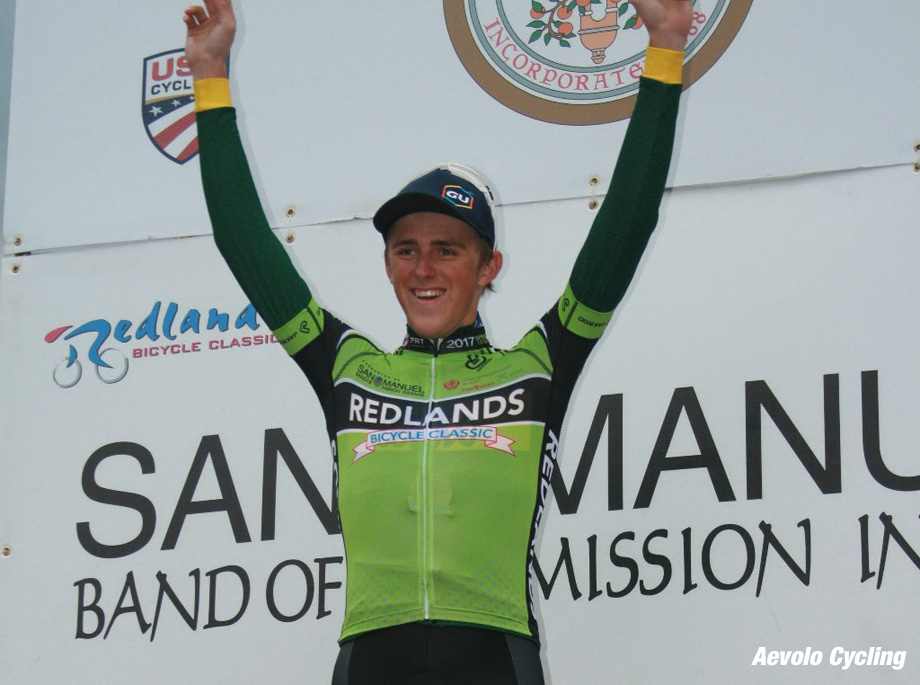 When Hecht won stage four, he also jumped into the lead of the sprint classification. Eager to keep that lead, sport director Mike Creed and Hecht concocted a plan to defend the green jersey in the final stage.

“I hadn’t really aimed to go for the sprint jersey before the race, but after receiving it, I definitely wanted to retain it,” said Hecht. “Creed and I sat down and talked about what defending it would take while I waited in the USADA area for a doping control.”

“The sprints were very early in the stage, three and six kilometers in, so it went from the gun,” Creed explained. “Luckily we had Laurent [Gervais] step up to keep Gage out of trouble.”

“I’m still having a hard time comprehending what I did,” Hecht said. “This sort of thing is something I had dreamed of as a junior, watching races like this one. It’s hard to believe that I was able to not only be competitive, but to win my first year in the U23 category.

“Mike took us out for pizza and yogurt to celebrate,” Hecht continued. “I think after a hard stage race like Redlands, that’s about the most I could have done with the energy I had left.”

Before Redlands began, Creed challenged his riders to get into the breakaways. Although only Hecht put himself in breaks with stay power, Creed noted that more riders put in serious efforts to get off the front.

“Most guys tried to get in breaks or got in smaller ones that didn’t make radio blotter,” Creed said. “Jack [Burke] for instance was in the move that Paco Mancebo (Canyon Bicylces) was in. So, nothing beyond luck and experience with timing.”

After three team races, Creed is confident and realistic looking towards the races to come.

“We still have work to do, but we knew that,” Creed said. “And in every race that we did, we saw that the gap is getting shorter.” 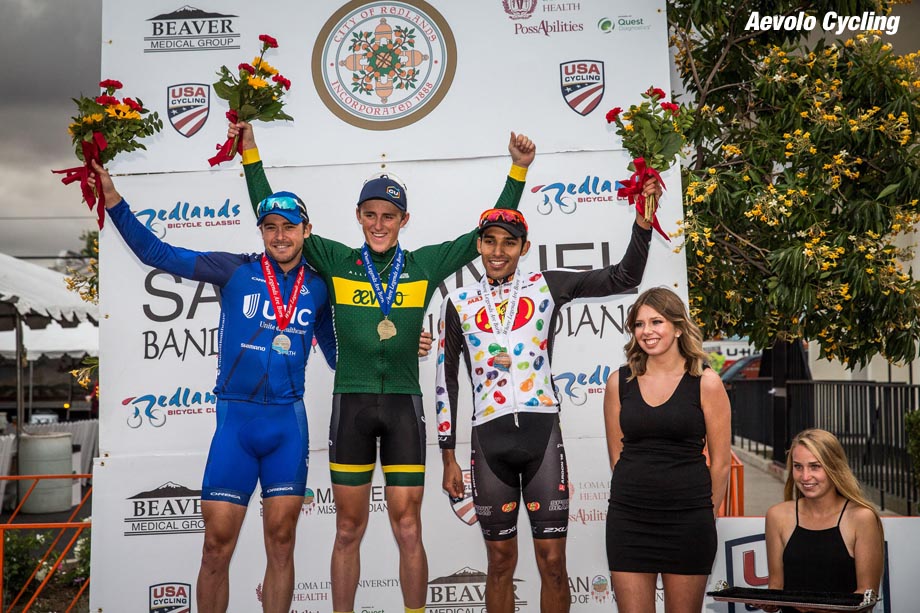