Gerald Ciolek will lead Team MTN-Qhubeka p/b Samsung this coming Sunday at the Garmin ProRace (June 9 / UCI 1.1). The even will be a meeting of the top German sprinters as Marcel Kittel (Argos-Shimano) and Andre Greipel (Lotto Belisol) are expected to take to the start.

“The ProRace in Berlin is another big highlight for our German riders,“ said Jens Zemke, sports director of Africa’s first Professional Continental team. “Gerald had a ten-day break from racing after the Bayern Rundfahrt and trained specifically for the difficult coming races. For Martin Reimer this is practically a home race, and with the rest of the team he will travel to Berlin highly motivated.“

“The race in Berlin is something very special for me, since for the first time after my comeback the beginning of this year, I will start in my home area,“ Reimer said. “Some of my fans will come to Berlin from near-by Cottbus to cheer the team on. With the right race tactics, Gerald can sprint for the win against the other favourites Marcel Kittel and Andre Greipel.“

Reimer and Ciolek will be supported by fellow German Andreas Stauff, as well as Spaniard Sergio Pardilla and South African’s Jay Thomson and Jacques Janse van Rensburg.
The first two editions of the race were won by sprinters Kittel and Greipel, respectively.

The third edition of the UCI category 1.1 race will see 120 pro riders from top-ranked international and national teams take to the start. The course covers 184.6 mainly flat kilometers and ends with several laps of an audience-frendly closing circuit course in downtown Berlin. 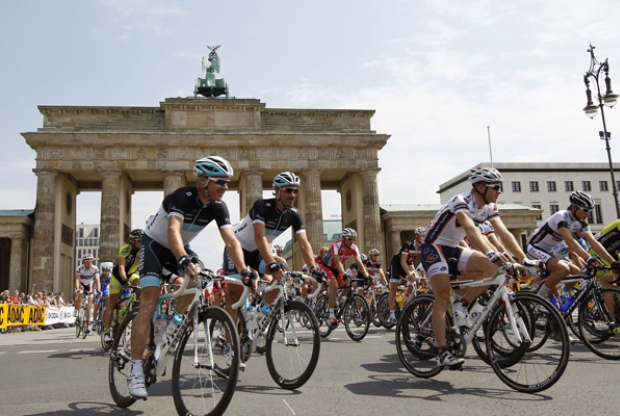