Driedaagse van De Panne-Koksijde on the 28-30 of March is the final Belgian race for Gazprom – RusVelo this month.

The race is traditionally held in Flanders. From its first edition in 1977 Driedaagse van De Panne-Koksijde has been attracting strongest teams and with the highest 2.HC category – this year won’t be an exception. The cycling club of De Panne city, which is located on the coast of the North Sea was the organizer of the first event.

Last year Gazprom – RusVelo already competed on this race and the route won’t be a surprise for the team. The competition starts with the hardest stage with 205,5 kilometers route from De Pane to Zottegem. The first stage is a true feast of hills, including the famous Muur van Geraardsbergen, which riders are to conquer two times. The second stage starts in Zottegem and after 193 kilometers finishes on the North Sea coast in Koksijde town. The main challenges of the second day will be Monteberg and Kemmelberg hill climbs. However, last 80 kilometers are on the flat surface and sprinters will also have their chances to prove themselves. Last day of the Driedaagse van De Panne-Koksijde is divided on two half-stages. The one in the morning kicks off and finishes in the city of De Panne with the total distance of 119 kilometers and a certainly tempting route for sprinters. Team time trial of 14,2 kilometers will be the second half-stage in the evening and will clarify the allocation of places in general classification.

The main sprinter of Gazprom – RusVelo Alexander Porsev shared his expectations about the race: «Stage-races in Belgium are unique events. De Panne always contains a couple of sprinters stages, which are perfect for me. After the Abu-Dhabi Tour we are more confident in our strengths and our mood for the race is very competitive. We will try to be in front of the peloton and fight for the best positions on the most decisive kilometers, especially in sprint». 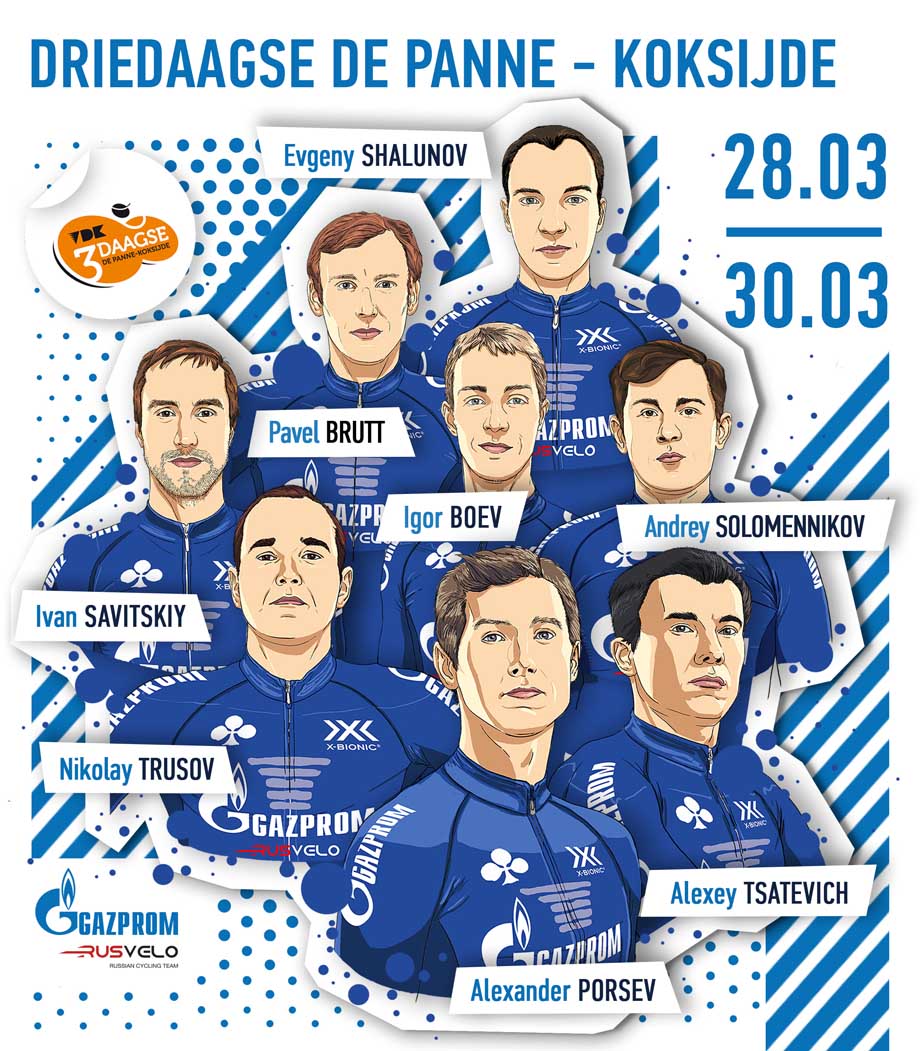