Last week brought a succes to “Gazprom – RusVelo” team in two stage races – Giro del Trentino and the Tour of Croatia. In Italy, Sergei Firsanov claimed the fourth overall place at Giro del Trentino. In the struggle for the high overall position, russian climber sealed the second place in the second stage of this prestigious race. The place one step below the podium gained in an equal struggle with the World Tour riders from Team Sky and Astana confirmes – Firsanov is in excellent fit and is fully prepared for the Giro d’Italia. 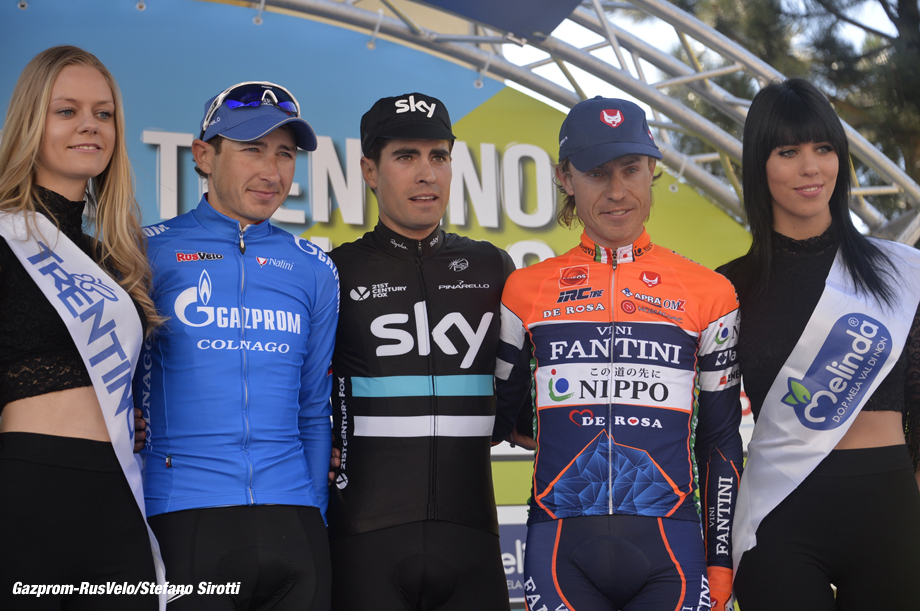 The team’s coherent and intense performance at Giro del Trentino allows to feel confident about the future, considers Sergei Firsanov: “Now there is only Giro d’Italia on my mind – I should seriously physically and mentally prepare. I’ve got several mountain stages reconnaissance of the upcoming Grand Tour lined up, so I know ​​what is waiting for us in advance. ”

Other “Gazprom – RusVelo” riders successfully performed at the “Tour of Croatia”. In rivalry with the best WT and PCT teams “Gazprom – RusVelo” for the first 3 stages led the teams qualification and Alexey Kurbatov was the best young rider. Special feat was the TTT, in which “Gazprom – RusVelo” to the last retained the top position in heavy weather conditions, at the end losing 4 seconds to the Tinkoff team.

General manager of “Gazprom – RusVelo” Renat Khamidulin rejoices success of athletes and summarizes the Giro d’Italia preparation period: “Those days everyone worked for 110 per cent, gave himself to the overall result. At the last races the riders realized that they are one unit, even more than a team – this is the first brick in the solid foundation of a team spirit, the beginning of a long journey”.