Gazprom – RusVelo is to compete in Giro della Toscana

Giro della Toscana on the 26-27 of September is the next race for Gazprom – RusVelo. The Italian race has a 2.1 category and is part of UCI Europe Tour.

Originally incepted in 1923, Giro della Toscana is one of the oldest cycling contests in Italy. In 2015 the race was not held, but a year later in 2016 it came back to the professional calendar as a stage-race. The 89th edition of Giro della Toscana features two racing days as in the previous year.

The opening stage, which is for sprinters and all-rounders with strong finishing abilities kicks off and finishes in Pontedera. As for the climbers and craggy specialists, they will have their glory time on the second racing day with the final hill climb, which is to be conquered twice in the concluding kilometres. That will be crucial for the allocation of places in the overall classification.

In the recent years Gazprom – RusVelo demonstrated an impressive performance at Giro della Toscana. In 2014 three riders of the team made it to top ten with Roman Maikin clinching a podium.

This year Gazprom – RusVelo is set up to prevail in both stages. Ildar Arslanov has it all to succeed on the second stage and that’s what he said before the upcoming start: “I felt great during the first Italian autumn classics, however flat finishes are not my forte. So, I am set up for the second stage at Giro della Toscana, which altimetry perfectly suits my specialization. As the final hill climb is not the steepest one, every second will play a role and it will be crucial to wisely allocate your energy. The recent altitude training camp in Livigno was beneficial for me and I feel that my form is improving, so I look forward to the upcoming chance.” 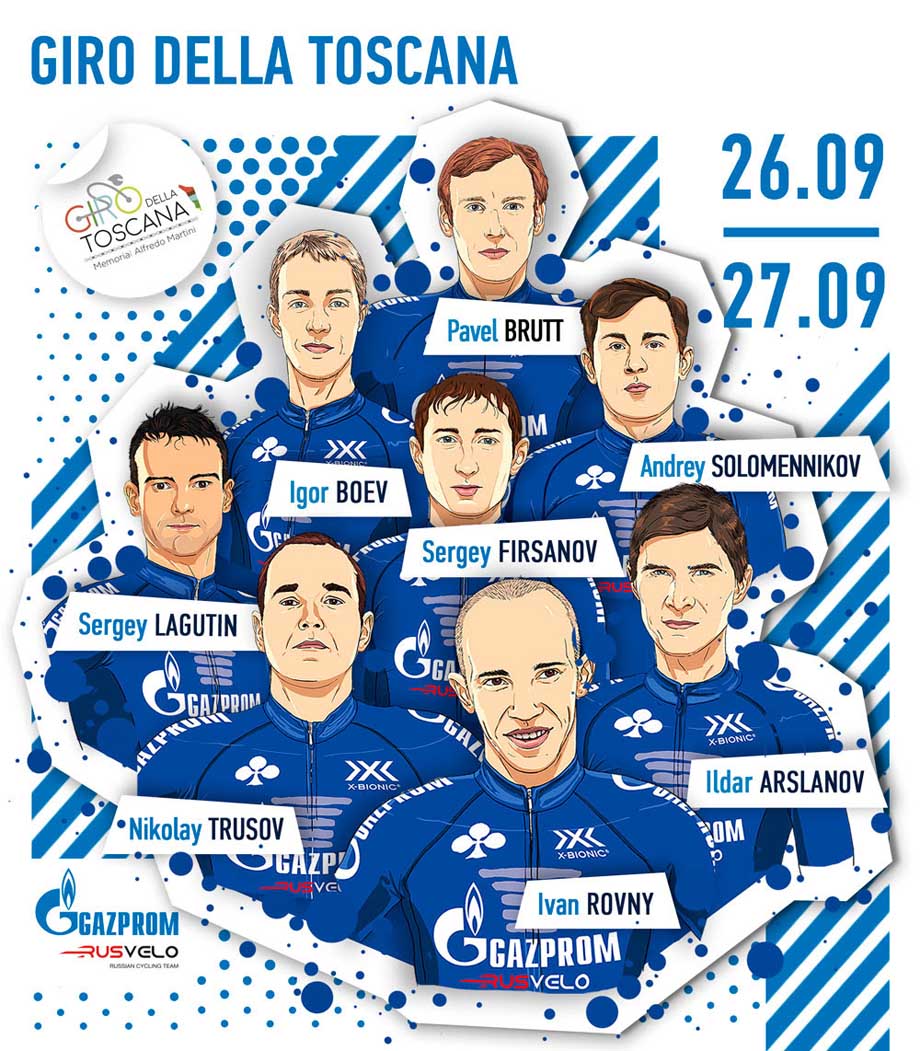