Gazprom – RusVelo is to Cross the Arctic Circle

On the 10-13 of August Gazprom – RusVelo is heading to Norway to compete in the prestigious Arctic Race.

In the recent years cycling contests in Norway have been steadily catching on. Today Arctic Race is one of the three highest UCI category cycling events in the country. Its growing popularity and an impressive list of participants is mostly a result of the cooperation with ASO.

The route which partly passes beyond the Arctic Circle is what makes the race unique and the weather conditions are always an issue. Fifth edition of the Arctic Race features 687 kilometres distance, which is packed in four stages. All-rounders and hilly terrain specialists have it all to succeed in the Norwegian race, whereas sprinters are to prevail on the second stage with flat altimetry. The fight for the victory on the penultimate stage will be among climbers and craggy specialists, who are to conquer the steep 1st category climb in the final kilometres. As team rosters consist only of 6 riders, it will be quite challenging to control the racing situation and react on the attacks.

Gazprom — RusVelo rider Alexander Porsev will be the team’s leader on the flat stage with Nikolay Trusov assisting him, whilst Alexey Rybalkin is to test himself on the mountainous stages. Pavel Brutt, who is set up for the craggy stages, shared his thoughts about the upcoming contest: “In my career I have competed in different parts of the world, however I have never ridden in the polar circle, yet (laughs). I heard that this part of Norway is famous for its magnificent nature, unfortunately we are not going to admire the local beauties, but to confront the strongest teams and fight for the podium. Arctic Race is highly important for us, as the next edition might be peaking on Russian territory, so this year we are set up to make a good impression on the organizers. I look forward to crossing the starting line in Norway and hope we will manage to act according to the plan and clinch a podium.” 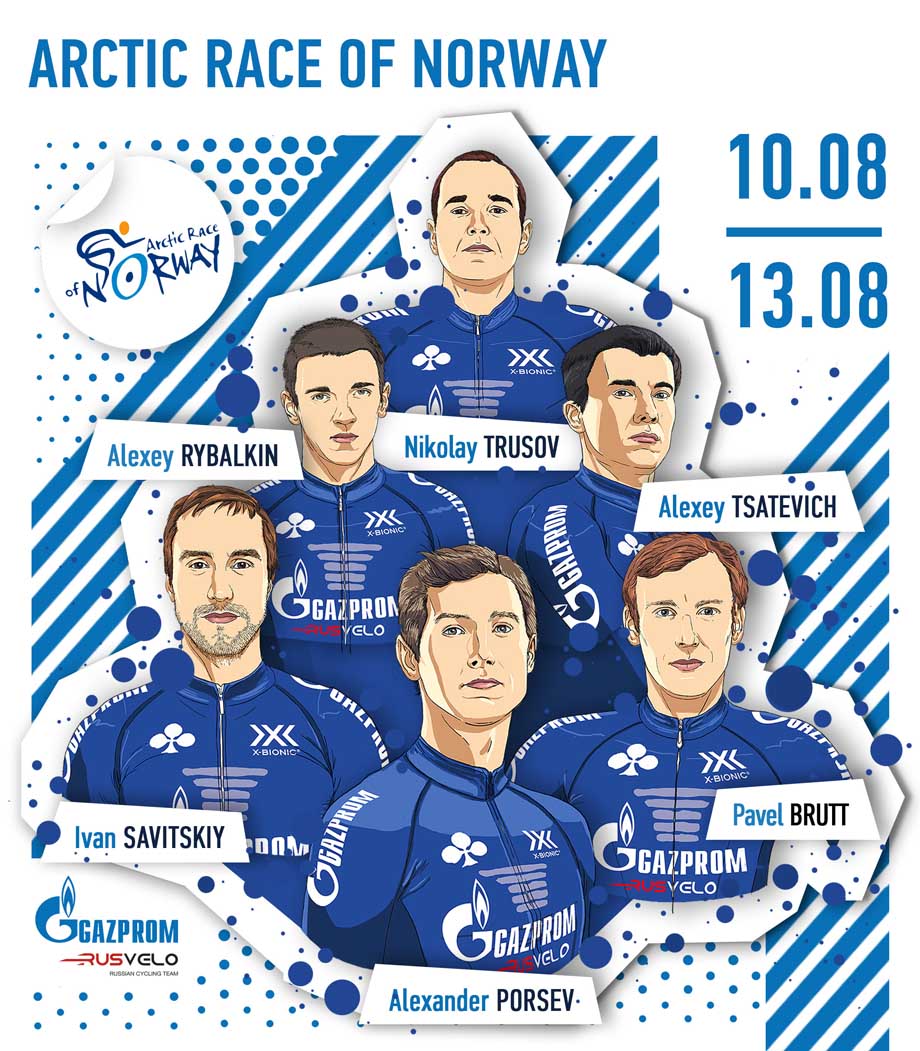