The racing season has reached its halfway point and continues with the French race Boucles de la Mayenne on the 1-4 of June.

From the inception in 1975 and until 2005 the race in the north-west of France was held among amateurs. In 2014 the event became the part of the UCI Europe Tour and got its current 2.1 UCI category thereby expanding the list of contenders.

The city of Laval will host the traditional opening prologue of 4.5 kilometers and the final stage. As there are no hard steep ascents in the Mayenne region the road course is mainly flat and the bunch sprints on the first and third stages are most likely to define the winners. The second racing day with an uphill finish will be the most challenging giving the chance to all-rounders with the strong finishing abilities. Riders are expected to gun for the bonus seconds on the intermediate sprints, as they are crucial for the GC.

Main hopes of Gazprom – RusVelo are on Roman Maikin, who is well prepared for this race and will be the team’s leader in France.

That’s what Roman said before the start: “Boucles de la Mayenne will not surprise me, as I’ve competed on it several times and the route and specificity of the race are quite familiar to me. In 2015 I was fourth on one of the stages and of course, now I am set up to improve the result. I suppose the second stage won’t be too difficult for me, however, the team roster consists only of 6 riders, so it will be quite challenging to control the situation. In the end of April beginning of May I wasn’t competing but was finishing my build-up for the second part of the season. I have good legs right now and expect my form to develop, hope to see that in France. I look forward to the upcoming start and strive to win.” 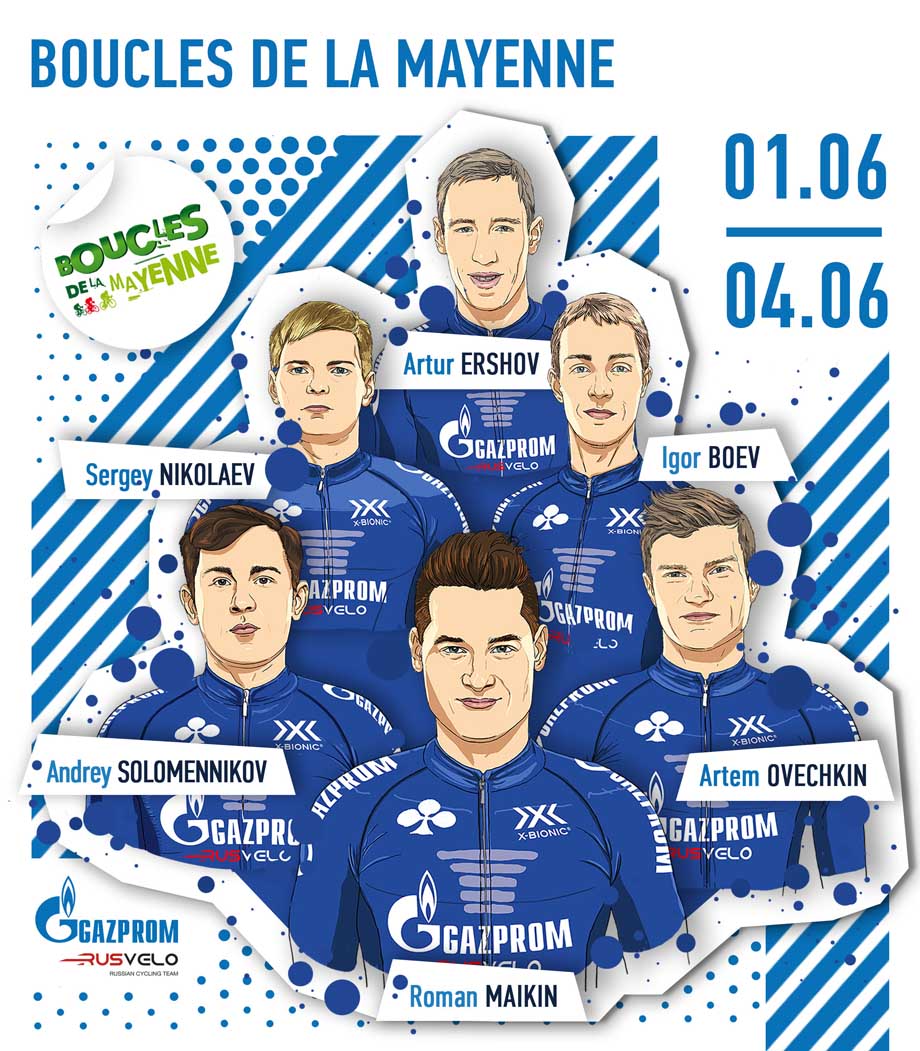 Team to Race on Three Fronts in Hectic Weekend of Competition