On April 4-7 Gazprom – RusVelo is to compete on a French stage race Circuit de la Sarthe with a 2.1 UCI category.

It will be a 65th edition of the race since its foundation in 1953 gaining its current professional status in 1975. For Russian riders Circuit de la Sarthe is remarkable, as it was one of the first international races for USSR national team. Moreover, 70s-80s were marked as a golden age for USSR athletes, who prevailed in the French race achieving the highest positions in GC eight times.

Even though there is a lack of mountains in the north-west of France, the route of the race cannot be considered an easy one featuring a plenty of short hill climbs with a blustery wind. The altimetry appeals for riders with different profiles with the only exception of true climbers. Five racing stages are held in four days due to the two half-stages on the 5th of April. The distribution of the top places will be mostly dependent on the results of 6.8km individual time trial and the craggy third stage with an uphill finish on Mont des Avaloirs. The flat terrain of the remaining stages is designed to give a glory time for the sprinters and breakaway specialists. The race regulations prescript teams to have six riders only, which will definitely make the competition more intense.

Gazprom – RusVelo rider Anton Vorobyev, who moved to the team this season, won two essential stages of Circuit de la Sarthe in 2016. Anton shared his memories and expectations about the upcoming race: “Last year I managed to take a victory not only in individual time trial, which is a sort of my favorite discipline, but also a fierce group stage. This win was so special for me, as it finally diversified the only ITTs victories that I had in my professional career. This year I am desired to repeat last year’s success on the ITT in Angers. On the other stages the plan is to work for my teammates with strong finishing abilities, such as Roman Maikin and Alexey Tsatevich, though if there is a chance to breakaway, I won’t miss it.” 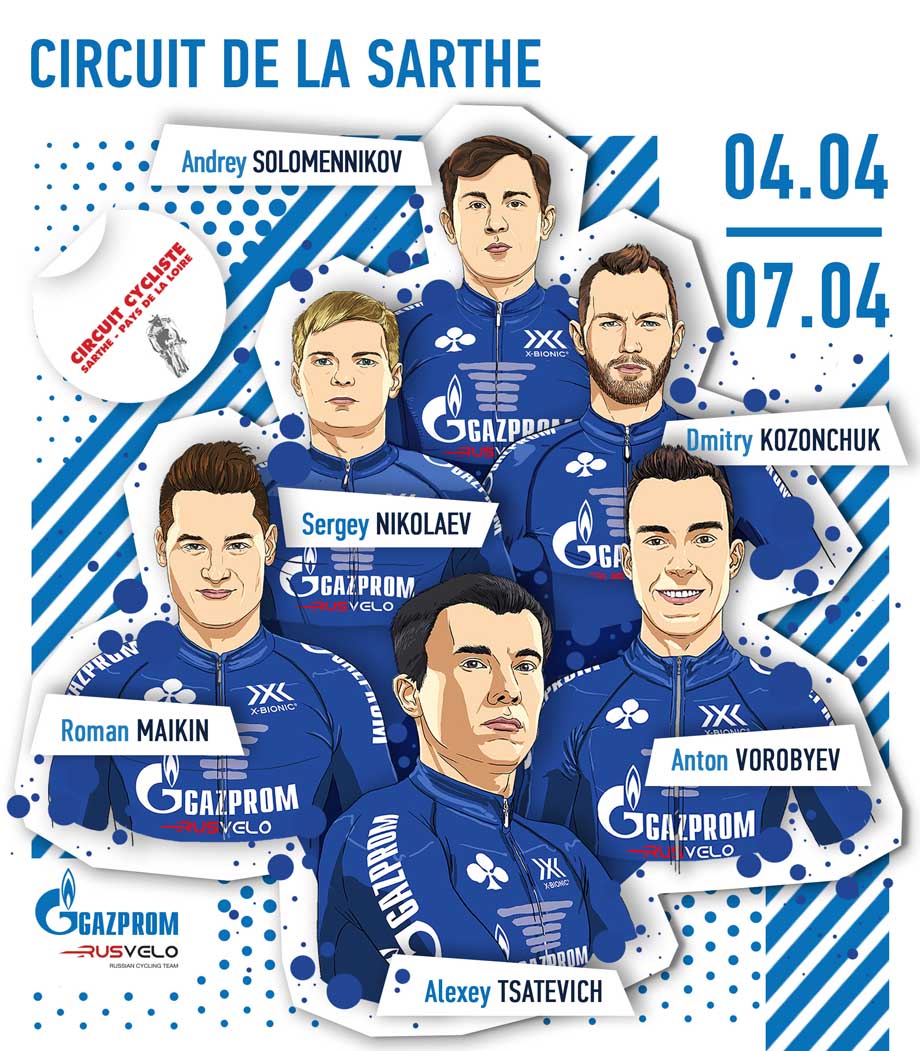