On the 15-18 of June Gazprom – RusVelo continues the summer part of the season with the 2.1 UCI category race Tour de Slovenie.

The largest road race in Slovenia was organized in 1993 and after 12 years got its current 2.1 category. As the contest is held between the two Grand Tours, it always attracts the strongest cyclists who have fully recovered after Giro d’Italia and are on the way to finish their build-up for Tour de France.

During four racing days riders are to cover 657 kilometres. The third mountainous stage has everything to play for, as it is highly crucial for the allocation of the places in the GC. The first rider to cross the finish line at 7,5% gradient in the summit finish in the famous ski resort Rogla, has all the chances to claim the overall victory. The remaining stages with the expected bunch sprints won’t make a huge difference to the GC.

From 2013 Gazprom – RusVelo regularly competes in the Tour de Slovenie. In 2014 Ilnur Zakarin clinched a podium in the GC and in 2015 Artem Ovechkin took over the victory in the opening ITT stage. This year the team is set up to improve the result with Alexander Foliforov targeting the overall classification and Alexander Porsev focusing on the flat stages.

Alexander Foliforov gave a comment before the upcoming start: “The racing calendar of 2017 repeats the path of the previous season, so I am fully aware of what to expect from my form at the Slovenian race. Unfortunately, organizers excluded my favorite ITT from the current edition, but the third stage with an uphill finish suits my ambitions and will be the main goal for the race. As always, the list of contenders is quite impressive and features five WT squads, but it just gives us an extra motivation. I am set up to gun for the top places in the GC.” 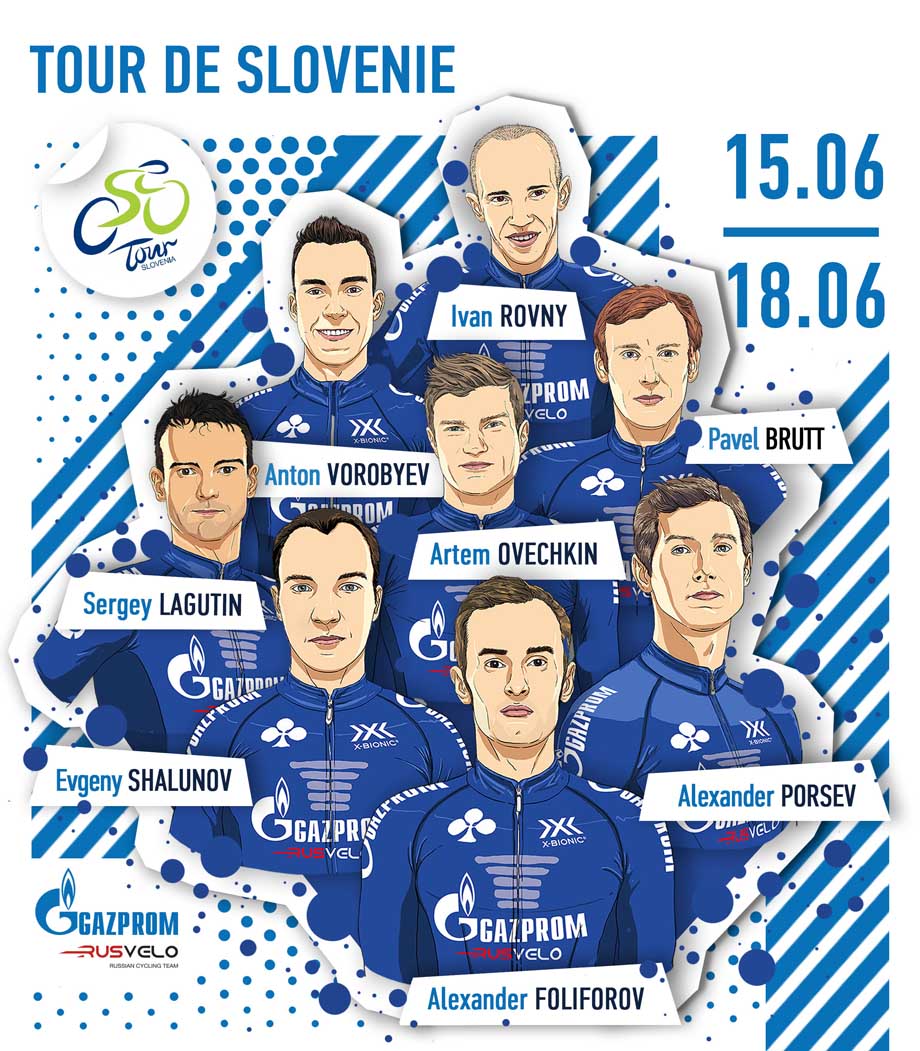