On 3-7 of May Gazprom – RusVelo is to compete on Tour d’Azerbaidjan.

Even though the race is quite young and paves its way from 2012, the popularity of Tour d’Azerbaidjan is forging ahead. Since the event was promoted to a UCI 2.1 category in 2014, Gazprom – RusVelo never missed an opportunity to compete on it.

Riders are to roll out and finish in the capital of Azerbaijan Baku managing the total distance of 835 in five racing days. Altimetry of the first two stages is certainly appealing for true sprinters, such as an experienced rider of Gazprom – RusVelo Alexander Porsev, who is fully recovered after an injury and ready to cross the start line in Baku. The main fight for the victory in GC is to be on the remaining three days, especially on the mountainous fourth stage on the height of 1400 meters.

Gazprom – RusVelo showed a decent performance on the previous editions, including a GC victory in 2014, Sergey Firsanov’s stage-win in 2015 and the recent success of Ildar Arslanov taking over the white jersey in the best young rider classification. The team is set up to continue a winning streak this year. Alexey Rybalkin shared his opinion before the upcoming start: “The management of the team confirmed me as a leader for Tour d’Azerbaidjan long ago. Thus I was planning to be on the peak form for the beginning of May. Tour of Croatia proved that I am on the right way. As every team roster consists only of 6 riders, attacks have more chances to succeed. You need to be focused throughout the whole race not to miss the decisive moment. I strongly rely on the experience of Ildar Arslanov, as he already competed in Azerbaidjan last year and knows the crucial details of the route. We are looking forward to cross the starting line in Baku.” 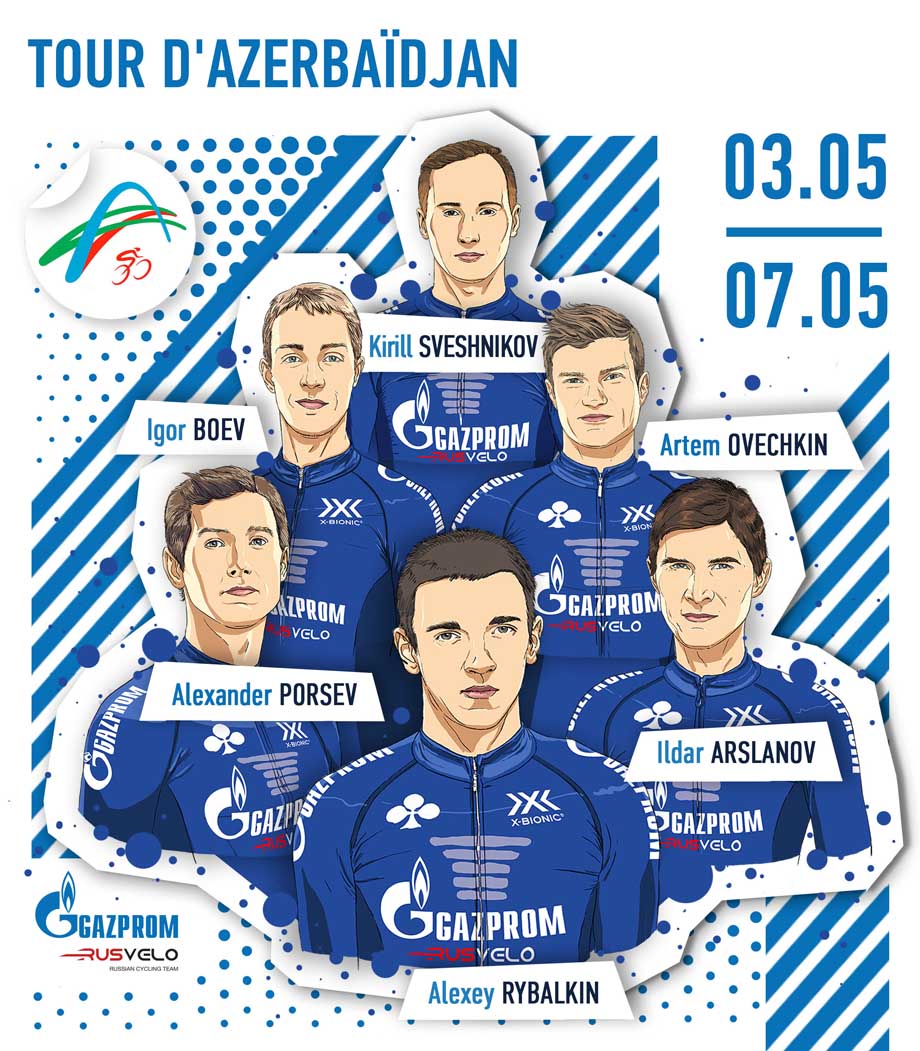