Gazprom – RusVelo Takes a Move Towards the Young Talents

Gazprom – RusVelo has reinforced the team with the new signing of the young talented rider Nikolay Cherkasov. This season Nikolay is competing for the U23 squad of Gazprom – RusVelo. The two-year agreement will come into force in January 2018. Evgeny Shalunov also got an extended contract until the end of 2019.

“We have already started to form the team roster for the season 2018. Having ten recently signed contracts for 2017-2018, two more have just been completed. Evgeny Shalunov has already raced in Gazprom – RusVelo jersey for two seasons and obtained the place in the team for the next two years. I am confident that Evgeny, who already debuted in the Italian GT this season, is going to improve and clinch podiums in the future.

Our newcomer Nikolay Cherkasov is to join the team in January 2018. He is our rider from the development team. We are on the path of reinforcing the squad with the younger generations. Nikolay is an up-and-coming athlete with the main specialization on the long steep climbs. This season he proved to be a stable rider on the stage-races with quick recovery abilities. In the next two years Nikolay is to adapt to the life of a professional sportsman and integrate into the squad.

Before signing these contracts several meetings with the participation of all the sports directors were held. We discussed changes and set the new goals for the upcoming seasons. In essence, the team will be significantly rejuvenated and consist of 18-19 riders, the geography of the racing calendar is also to be reviewed. Moreover, we will improve our work with the youth and might add a small group of juniors to the existing development team,” – explained the general manager of Gazprom – RusVelo Renat Khamidulin. 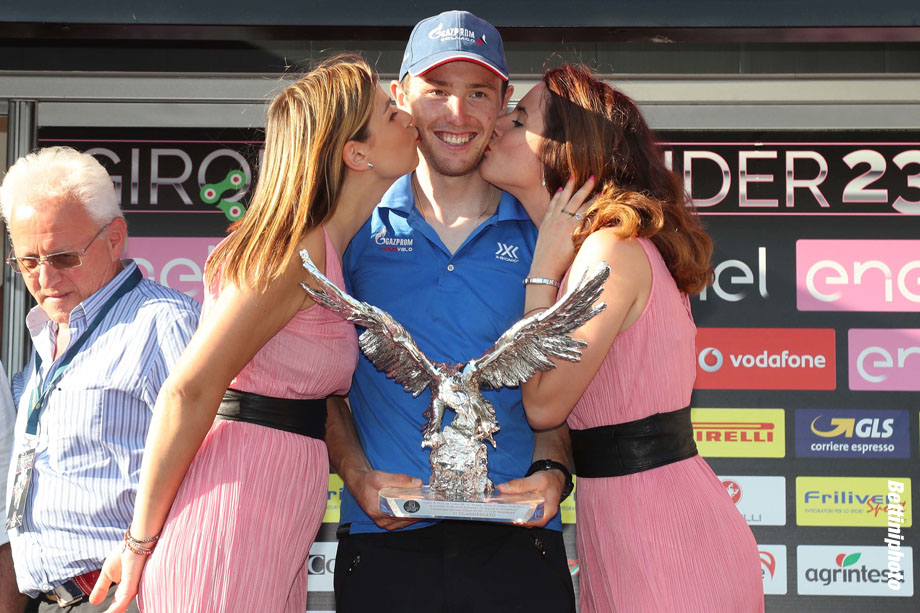 The newcomer Nikolay Cherkasov gave a comment about his first professional contract: “It feels awesome to become a part of Gazprom – RusVelo! Everything went quite fast and unexpectable. I made some progress this season and signing a professional contract is definitely one of my main achievements. We had a serious talk with Renat (Khamidulin) and he told me that from this moment the real work begins, as all the details are crucial on the professional level.

The rest of the season is going to be in the high pace, as I want to test myself in the Russian National Championship and show decent results on the prestigious Giro della Valle d’Aosta and Tour de l’Avenir. Moreover, I am set up to qualify for the World Championship in Norway and try to fight for the highest places.

I am thankful to Gazprom – RusVelo for their continuous work with the development team, for the trust and opportunities they provided us with. Fortunately, the team roster has experienced riders, so I will try to learn as much as I can from them. It’s a new step in my life and I am set up to forge ahead and achieve new heights with Gazprom – RusVelo”. 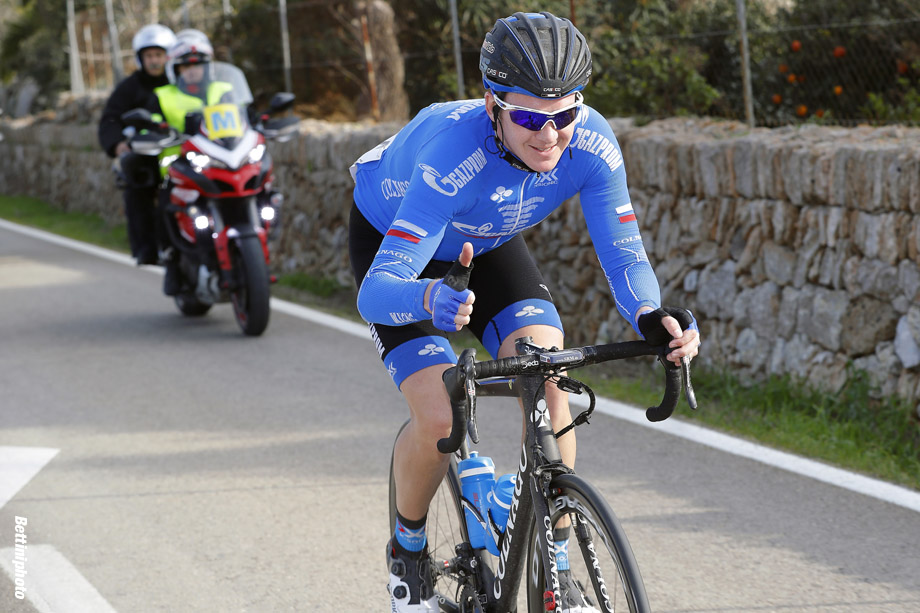 Evgeny Shalunov looks forward to the new challenges: “I am very glad to sign the new contract with Gazprom – RusVelo. Actually, I didn’t expect to get a contract for two years, so it was pleasant news to me. It means that the team management believes in my improvement and sees me in the squad in a long run.

At the recent Giro d’Italia I made it to top-10 in one of the mountainous stages and was active in the breakaways. However, it was not the result I strived to reach. Signing of the new contract with Gazprom – RusVelo gives me hope for another chance to compete in the Italian GT. At the moment, I am setting up for the Russian National Championship, Tour de Wallonie and Tour de Pologne.

Gazprom – RusVelo remains the only Russian Pro Continental team and it is an honor to be a part of it. I want to express my appreciation for the faith and confidence the team management has placed in me and I strive to justify the given honor”.

Philippe Gilbert seeking a third win at the Belgian Championships