General Classification ambitions for Drapac at Tour of Japan

Drapac Professional Cycling take on the Tour of Japan this week with an experienced squad riding high off recent strong performances.

The UCI 2.2-ranked event runs Sunday May 18 to 25 and Drapac is sending a six-man squad of Will Clarke, Jai Crawford, Lachlan Norris, Adam Phelan, Jordan Kerby and Wouter Wippert. Phelan and Wippert both netted a stage top-10 in Turkey while the former finished 19th overall in an impressive performance.

“Drapac has a very strong team in Japan with all of the riders coming off a good block of racing which leads our focus on the race to a number of key stages, which should equally set us up well for a good GC position,” explained Drapac’s Director of Performance, Keith Flory.

“The guys coming from Turkey and Azerbaïdjan are really in great shape and will come through to Japan in super condition.”

Road captain Clarke, who last week held the overall leader’s jersey at the Tour d’Azerbaïdjan for two days, is a previous stage winner in Japan having won the opening stage in 2012, while Crawford finished as a General Classification runner-up in 2008. Flory explained that the pair’s experience at the race will be crucial to the team.

“Will Clarke will be the appointed leader on the road for us and we’ll be looking to draw on his previous experience in both this race and at the highest level of the sport being invaluable to make the right calls when the pressure is on,” he said.

“Jai Crawford’s knowledge of the Mt. Fuji stage in particular is a great addition to the team.”

The six-stage race will most-likely be decided on day four by the 11.4km stage up the iconic Mt. Fuji, and is key to any general classification ambitions.

“It’s only a ’short’ stage but it’s an impressive climb and how you race it is quite tactical,” explained Flory. 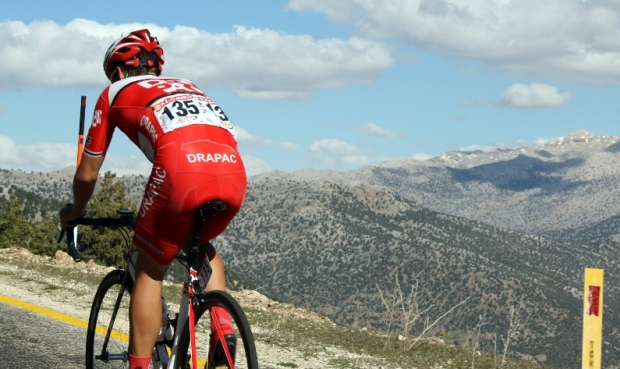 CLUG:The Clip That Gives Your Bike A Hug