Geoghegan Hart matched his best overall finish in a stage race this year and bettered his eighth-place result at this race a year ago. Winner of the one-day Trofeo Piva race in Italy in early April, the 21-year-old from Great Britain had also finished sixth overall at Volta ao Alentejo in Portugal in early March.

A pair of Colombians went 1-2 in the 161.9-kilometer race that started in Silver City and traversed four mountain passes to a summit finish in the former mining town of Pinos Altos. Daniel Jaramillo (UnitedHealthcare Pro Cycling Team) soloed in three seconds ahead of Javier Acevedo (Team Jamis) and 14 seconds before Geoghegan Hart and a small group. 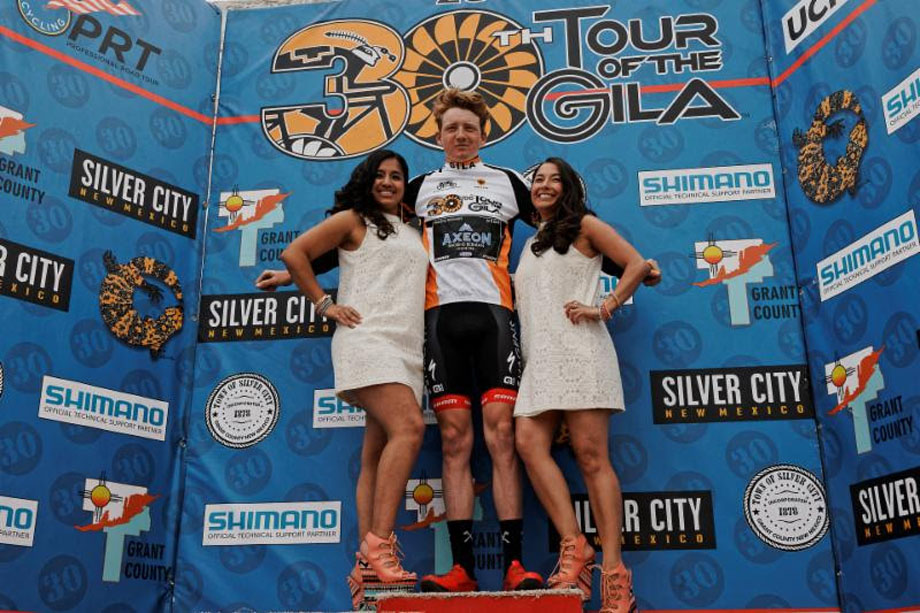 Geoghegan Hart said when Jaramillo and Acevedo attacked on the flat after the penultimate climb, he chose to remain patient and let others do the chasing.

“There was quite a long ways to go, so I didn’t go with them,” he said. “I thought the chase was going to be a lot more organized than it was. But instead, there was initially a lot of looking around. Finally, Rally Cycling took it up and rode hard. They almost brought those two guys back.”

Sport Director Jeff Louder said Geoghegan Hart was the team’s last card to play on a day when tactics were key early on. Axeon Hagens Berman placed four riders – Will Barta, Ruben Guerriero, Justin Oien and Logan Owen – in the day’s main breakaway that numbered 15 riders at one point.

“The team supported Tao well by getting four guys in the break,” Louder said. “By doing that, he was able to sit back and see what would happen. I thought he played a smart race by being conservative and gambling on the chase to bring back the two guys who broke away.”

Neilson Powless was the second Axeon Hagens Berman rider to cross the line in 15th place, 3:18 back. He finished 12th overall, 5:13 off Morton’s winning time. The 19-year-old came into the five-day race as leader of the USA Cycling Pro Road Tour standings, having finished third, second and first overall at his previous three stage races.

“Overall, I am really happy with my first Tour of the Gila and getting onto the podium twice,” Powless said. “But there is always plenty of room for improvement.”

Third in Thursday’s Stage 2 road race and third in Friday’s individual time trial, Powless said he climbed at a pace he knew he could hold and let the leaders go whenever there was a surge.

“Tyler Williams had done a great job of blocking the wind for Tao and me until the Gila monster climb,” Powless said. “I was dropped on the last half of the climb and came back on the descent. I was pleased to see Tao off the front with two others before the final big climb of the day. I stayed with the lead group of about 14 until Lachlan gave a big effort, probably to bring Tao’s group back. I knew I couldn’t go with them, so I just went my own pace.”

Geoghegan Hart said he was also pleased with his results heading into the team’s goal race of the year, the Amgen Tour of California, which begins Sunday, May 15.

“I had not done any long climbs this year in races up to this one,” he said. “We did have climbs in the Italian races and Liège-Bastogne-Liège, but those were short, punchy ones. Here, we had longer duration climbs. Already today, I could feel my body was feeling the good effects of the first stage. Plus, doing a time trial – which I also had not done in a long time – was good preparation for California.” 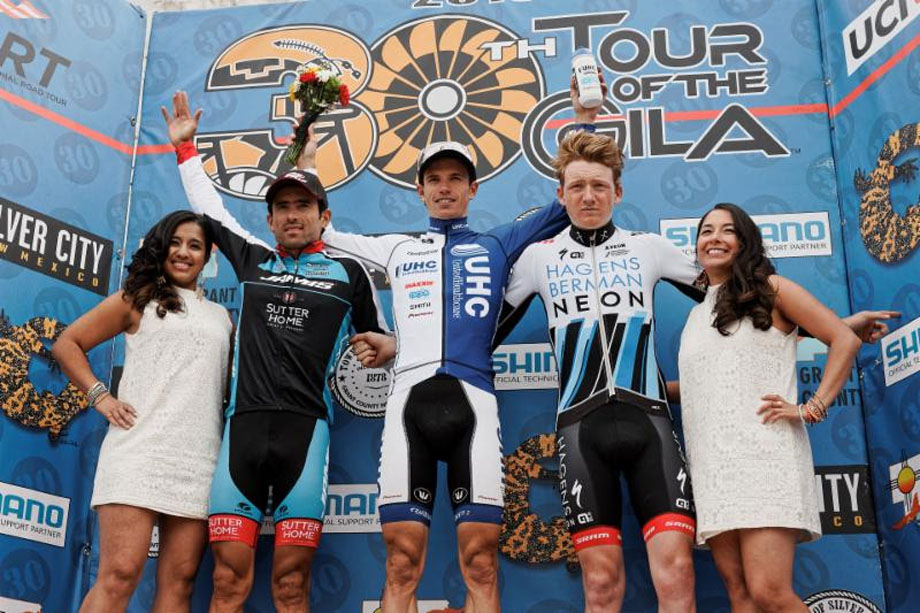 Fischer Sprints to Victory in Gila