Giacomo Nizzolo aims high, with a touch of elegance

In Milan, the Trek-Segafredo rider presented to the press his new official website and a video that expresses his unconventional style. “But I also like winning, and Sanremo preys in my mind”

“To me, cycling is more than races, sprints, victories. A rider is also a man, with his style and passions.” Before diving into the most important season of his career (to start next week in Australia, at the Tour Down Under), Giacomo Nizzolo met the press in downtown Milan, to present his new official website and a video unveiling a part of his World: lots of cycling, a regular life, but also his taste for beauty, particularly in outfits. A glamour touch that can be certainly perceived in the way the Italian rider is presenting himself on the new media.

Turning 27 in late January, for Nizzolo is time to reap what he has sown. “I am more mature and confident, and I am physically fine after a good winter. The bases are laid for an important season, in which I hope to get more in terms of wins, both in quantity and quality. I race in a global team like Trek-Segafredo,and the Classics’ season is a crucial time for us. We still have Fabian Cancellara, a monument in that kind of races, but it’s time for me to start proving myself in those too.”

Preceding the cobbles will be the Milano-Sanremo, that “for me, is the greatest race around – Nizzolo explained – I would take it over the World Championships, to be honest. I want to be at my best for it.” And after the Classics, he will look to defend the Giro d’Italia red jersey after winning it in 2015. “The jersey was a statement of my resistance and consistency, and I would love to secure it again, but possibly taking some stages in the process too.”

Attending the presentation was also Trek-Segafredo’s Team Manager Luca Guercilena, who expects a lot from Nizzolo in 2016. “That’s the key moment of his career, and we have big expectations on him. Giacomo is a strong sprinter, a long-distance rider, holds his own on climbs and is now more mature. He is got everything in place for a breakout season.” 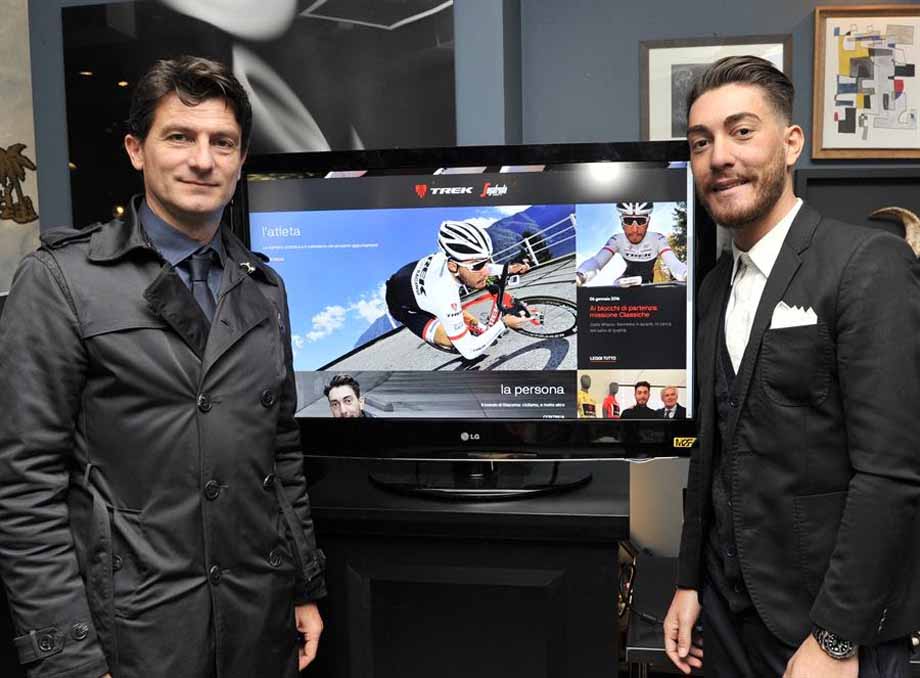