Gimondi and his Granfondo on the wave of enthusiasm in Belgium!

Who knows how many photos, posters, postcards Felice Gimondi put his signature on last Sunday at Velofollies? No way to calculate, for sure plenty of, maybe thousands, a clear sign of the Italian champion’s everlasting popularity. Felice was special guest at Belgium’s Kortrjik great Expo crowded by over 50.000 visitors in three days, kind of a wonderland for all bike-addicts in the Flemish area, arguably the most cycling passionate in Europe, maybe even in the whole World.

Granfondo Felice Gimondi-Bianchi was in the spotlights during the whole three-day event with its own booth to promote the event among Benelux area cycling fans and those coming from beyond the French borders. “It was a positive stay there – Granfondo organizer Giuseppe Manenti explained,– whose redemption we will see on short or medium term, that’s sure. We aim to make our race more and more international, this year’s edition dedicated to 50 years of Felice’s yellow jersey at Tour de France provided the perfect occasion to step up with our promotion, also considering the wealth of low-cost flight connections from Belgium to Bergamo’s airport”.

Gimondi was on the stage on Sunday for a long and comprehensive interview, capturing the audience imaginations with many anecdotes about his sportsman’s and personal life, besides his Granfondo technical features. “I’m always excited to return here – Felice said – as I spent so many great days of my career in this area . As I read Roubaix at the highway exit I felt like my heart had skipped a beat…”

The visitors tributed a real show of affection to the Italian champion in Kortrjik. “Felice excited me a lot as a rider, now I dream of riding side by side with him at the Granfondo in Bergamo”, a cycling fan, Richard, said. 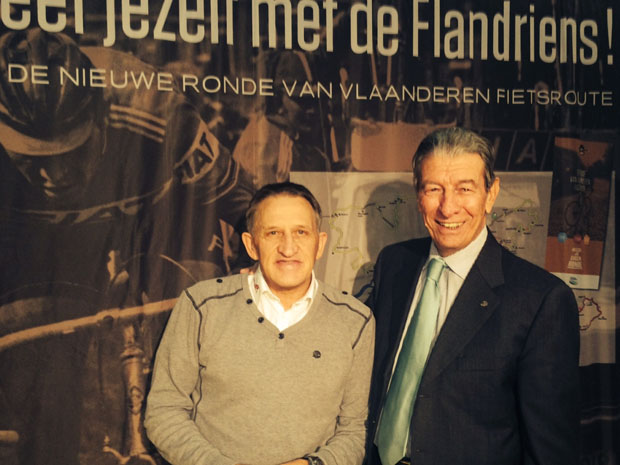 Gold and silver for RusVelo in Cali World Cup