Once Trento Province board has been renewed, the organizers are in process to speed up the course’s fine tuning: Riva del Garda–Arco will be the TTT opening stage, same as in 2012. Australian Richie Porte (Team Sky) stands out among the main protagonists meanwhile.

For the third consecutive year, a pan-flat team time trial will be the Giro del Trentino (22nd-25th April 2014) launching pad. GS Alto Garda event’s 38th edition is in process with the aim to finalize the whole course quickly. The four-day stage race will maintain the highest standard achieved in the last two years, when the Italian event impressively upped the level both on technical and media point of view, establishing as one of the most eagerly-awaited and exciting races on the international scene.

Trentino’s organization is catching up a slight delay over the plans due to the regional government’s elections. “We could not and did not want to move forward without consulting the new administration first – GS Alto Garda President Giacomo Santini explained -. This took time of course, but we’re now hurrying up a bit in order to finalize the whole work in a few days”.

Strengthened by an undisputable prestige acquired, Giro del Trentino became a staging post towards Giro d’Italia, because of its perfect blend of time trial, undulating routes and medium/high mountain top-hill finishes, all within a four-day range packed. The same successful frame to be renewed this year upholds cycling fans and insiders’ curiosity to know more about another unknown climb (after 2012 Punta Veleno and 2013 Sega di Ala) to hopefully put main favourites on trial.

Vincenzo Nibali won the Giro del Trentino in style last year, laying foundations for an impressive pink triumph. With the same purpose, Australian Richie Porte will approach the race to legitimate the leading role Team Sky assigned to him in view of Giro d’Italia. The Tasmanian rider has already proved his good shape by winning Tour Down Under queen stage, although much harder exams stand on his way, whereof Giro del Trentino will arguably prove the most severe and truthful. 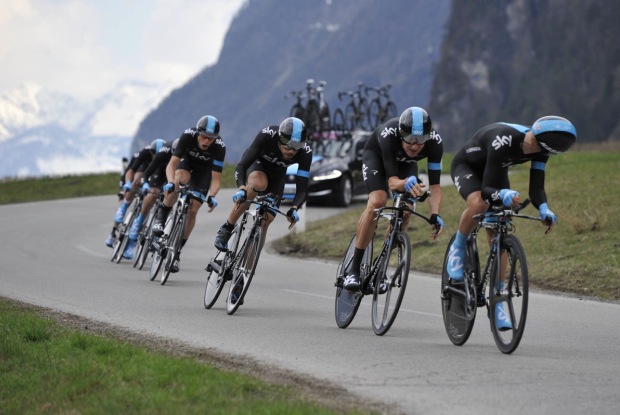