“The toughest race in the world’s most beautiful place” – organised by RCS Sport/La Gazzetta dello Sport – starts tomorrow with a spectacular Team Time Trial along the Riviera dei Fiori cycle path from San Lorenzo a Mare to Sanremo, and ends on Sunday 31 May in Milan during Expo 2015.

Stage 1 details:
The stage is raced almost entirely along the Riviera dei Fiori cycle path, a narrow asphalt roadway along a former railway line, which includes a few well-lit tunnels. At Arma di Taggia, the halfway mark, two sharp turns and an underpass lead the route momentarily off the cycle path to the split-timing point, then back to the cycle path, which leads to the home straight on Lungomare Italo Calvino – the Milano-Sanremo finish line from 2008 to 2014. There are no significant climbs along the route.

Final kilometres:
Entirely urban, and mostly along the cycle path. Approximately 500m from the finish line, the route leaves the cycle path via a left-hand then a right-hand bend, then swings right along a final curve into the home straight, which is 250m-long and on 7m-wide asphalt. 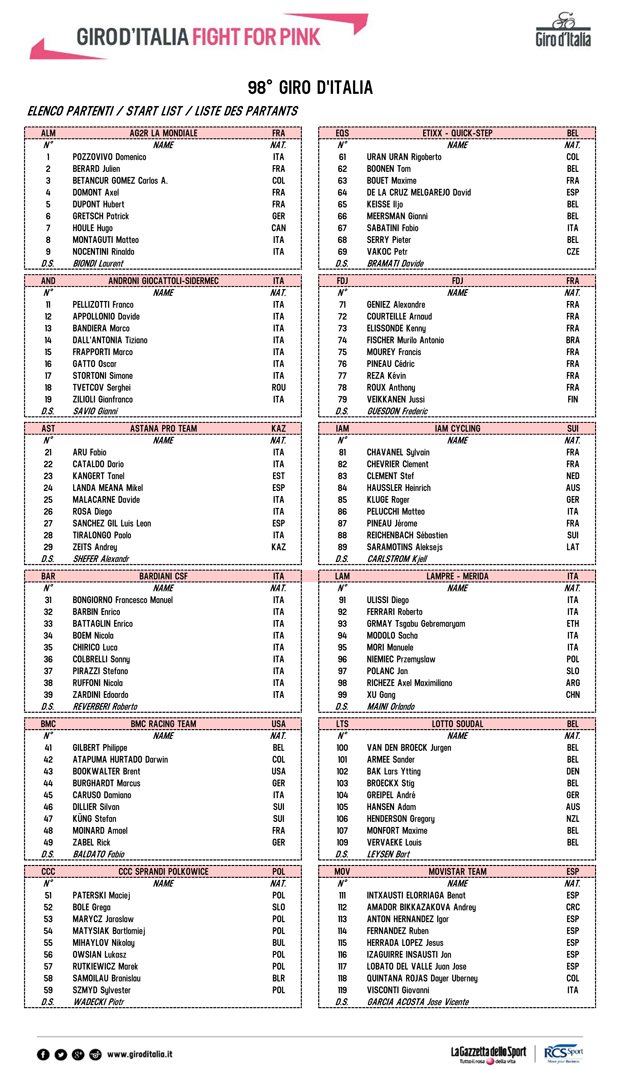 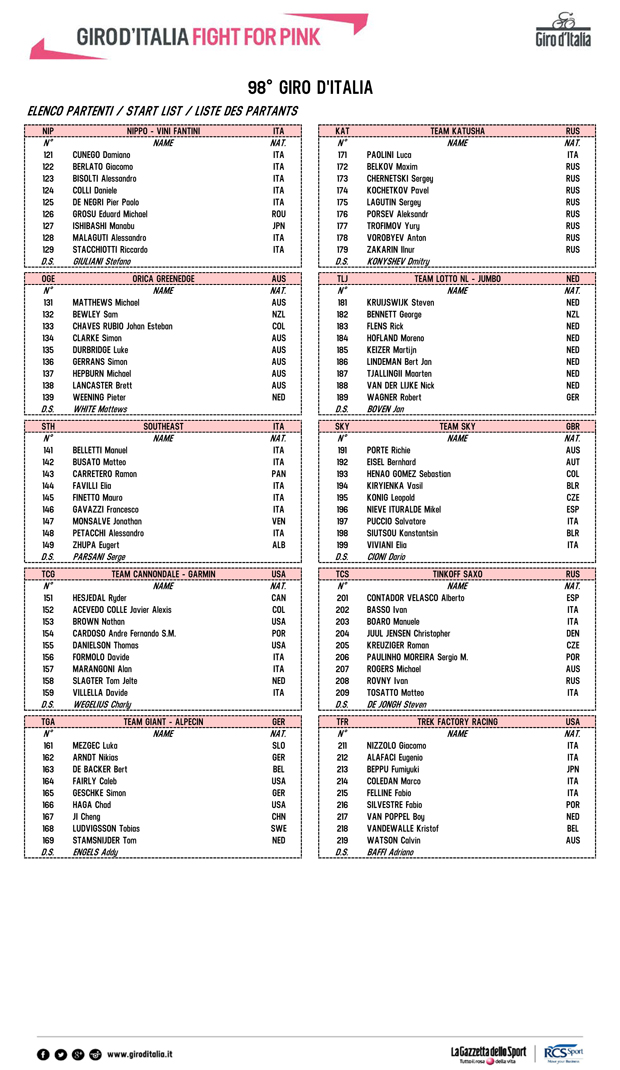