(18 May 2016– Scotts Valley, CA) – Giro Sport Design, the cycling world’s design leader, has announced the Aerohead™ MIPS and Aerohead™ Ultimate MIPS.  Already raced to victory in the Tour de France and UCI Track World Cups, the Aerohead Ultimate MIPS features the fastest helmet shape Giro has ever tested, plus MIPS multi-directional impact protection system, and the class-leading ventilation of Roc Loc Air®.  The helmet will be available this summer in two versions: the Aerohead MIPS (with venting for longer timed events) at MSRP $250/ €299 / £299 and the Aerohead Ultimate MIPS, featuring a TeXtreme™ shell to combine a smaller frontal area and reduced venting for even less drag at MSRP $550/ €599 / £599. 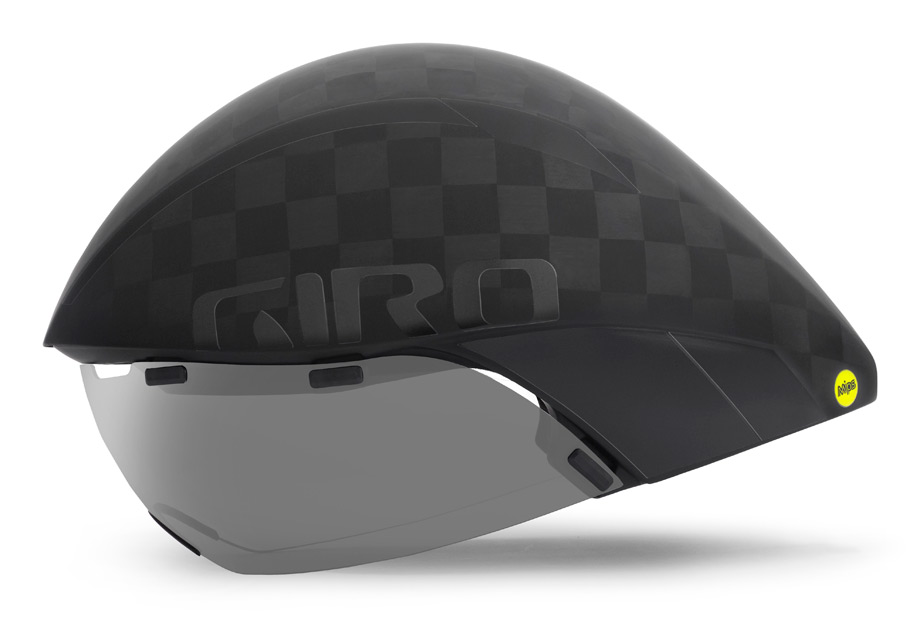 “In 1985, Giro pioneered the aerodynamic helmet with the original Advantage,” said Rob Wesson, Giro Director of Helmet R&D. “The Aerohead MIPS is our fastest helmet ever and represents the culmination of everything we have learned over the past 30 years.  In addition, we have been able to integrate MIPS to provide more protection in certain impacts, as well as including the Roc Loc Air® fit system and hydrophilic padding to improve ventilation and cooling.  With its combination of reduced drag, MIPS, and increased comfort, the Aerohead MIPS simply wouldn’t have been possible only a few years ago.  By utilizing a TeXtreme® carbon fiber shell for the Aerohead Ultimate MIPS, we were able to further reduce frontal area, making our fastest shape ever even faster.”

Using the Wind Averaged Drag standard Giro and many other manufacturers believe is the most reliable predictor of real world performance, the Aerohead Ultimate MIPS is 3 seconds faster over 40km than Giro’s previously class-leading helmet, the Selector.  The Aerohead MIPS, which features additional ventilation for longer courses such as triathlons, is 14 seconds faster over 180km while thermodynamic testing also show it to be nearly 10 % cooler than the Aerohead Ultimate MIPS.

The Aerohead Ultimate MIPS has already been raced to victory on both the road and track by the world’s top professionals.  It will make its official debut 20 May at the Amgen Tour of California time trial stage, with BMC Racing Team, Team Katusha, and Team WIGGINS, while top professional triathletes including Linsey Corbin and Andreas and Michael Raelert will compete in the Aerohead MIPS this summer.

Key Features of the Giro Aerohead™ MIPS include:

Key Features of the Giro Aerohead™ Ultimate MIPS include: