Many months of preparation come to fruition this evening in Belfast, when the 97th Giro d’Italia starts this evening with a 21.7 km team time trial around the city streets. The complete start list can be downloaded by clicking on the link at the foot of the page. 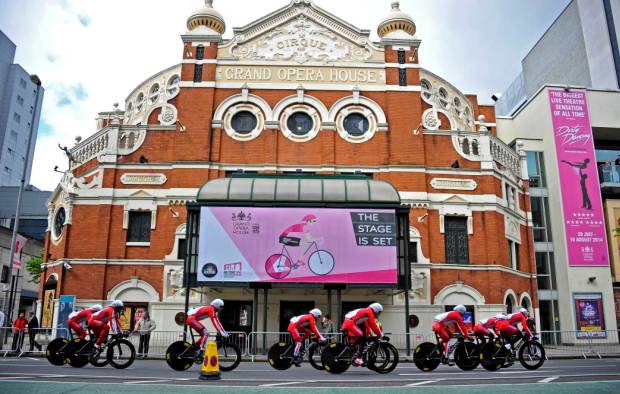 Route
Part mixed and technically demanding city-centre route, part long, straight roads suited to high speeds. All roads have cat’s eyes along the centreline. After the stage start at Titanic Belfast, short, straight sections of road alternate with bends up to Upper Newtownlands Road (km 9.3). Thence, the route is straight for over 6 km. The road rises gently along the Prince of Wales Avenue, about 1.1 km long and lined with lime trees, to the split timing point at the Parliament Buildings in Stormont (km 7.9). The statue of 19th/20th century politician Lord Carson marks the mid-stage point. The race route then descends at the same rate, and rejoins the straight road that leads back to the city centre. The second split time will be taken at km 15.3 (Oxford St). A further sequence of bends leads to the finish line. 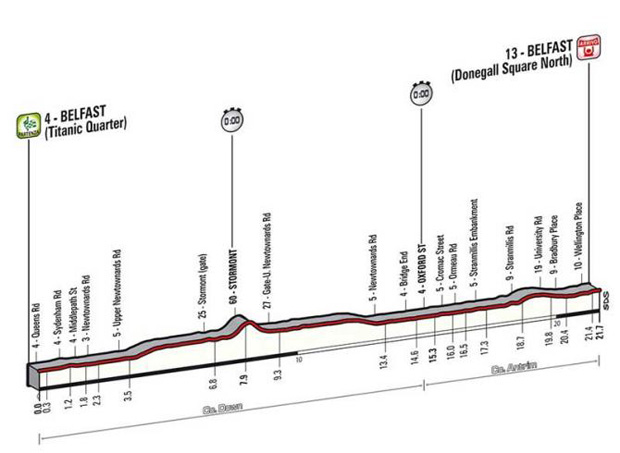 Titanic Quarter and Titanic Belfast: the stage starts at the Titanic Quarter on the site of the former Harland and Wolff shipyards where the RMS Titanic was built. 882 feet 9 inches (269.06 m) long and 92 feet 6 inches (28.19 m) wide, the Titanic was the largest and most luxurious passenger liner of its time. The Titanic, which sank on its maiden voyage on 15 April 1912, is commemorated by the Titanic Quarter, a vast cultural centre and community resource which includes Titanic Belfast, the Northern Ireland Science Park, with over 100 high tech companies, and a research centre called the Centre for Secure Information Technology (CSIT). Titanic Belfast opened on 31 March 2012. 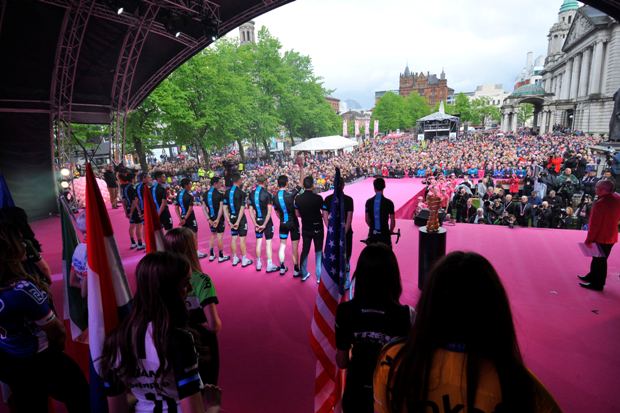 Television coverage
The 2014 Giro d’Italia is being broadcast in 171 countries across 5 continents. In Italy, RAI, the host broadcaster and the event’s longstanding partner, shows the race on RaiSport 2 from 1705 hours (all timings CET) and on RaiTre from 2000. The first live links begin in the morning with previews, studio programmes and on-site insights, and continue throughout the day with a succession of programmes which tells the story of the Corsa Rosa. The race will be streamed on www.raisport.it. The Giro d’Italia will be broadcast throughout Europe on Eurosport International every day at 1730. News, highlights and analysis on www.gazzetta.it. The three stages in Ireland are live on BBC Northern Ireland. UK-wide, Sky Sports broadcast extended evening highlights with comment, interviews and live links.