The best – Italian women’s team – led by women – throws its first campaign against femicide. The athletes of the team to support the strength of women with meaningful sentences and a single hashtag: #GOAHEADLADIES.

The strength of the team Alé – Cipollini – Galassia is not only expressed on pedals but also in a different way to communicate. On the occasion of the International Women’s Day the #YellowFluoLadies “put their faces” for a campaign against femicide.

“I choose to FIGHT for victory, but no woman should be forced to fight to win her freedom”. 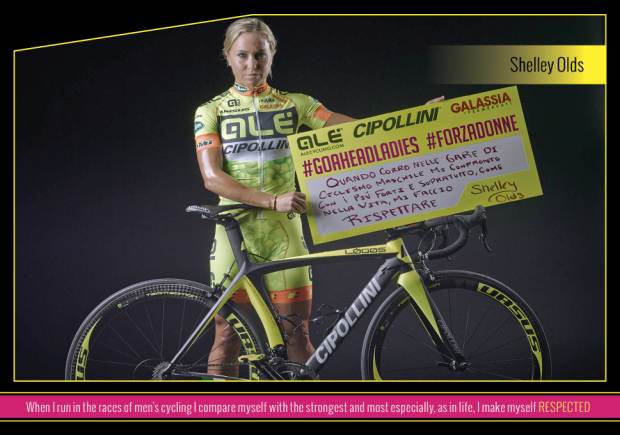 This is just one of the messages delivered from the eleven athletes of the Team through the photo postcard that will “travel” around the world during the season. Each girl chose the phrase that best identify her, writing it with a lipstick, a mix of womanhood and strength. At the base of the combination of “cycling – chosen violence” as opposed to “femicide: violence imposed”.

The athletes will impose themselves renunciations and sacrifices for the love of the bicycle, but the choice is dictated by themselves, it is free, unlike what happens with the sad phenomenon of violence against women. Along with the postcards with phrases written by each individual athlete, there is a second shot with the keywords of the virtues and qualities of women.
Because femicide must be fought strongly, thanks to the proud of the qualities of women. 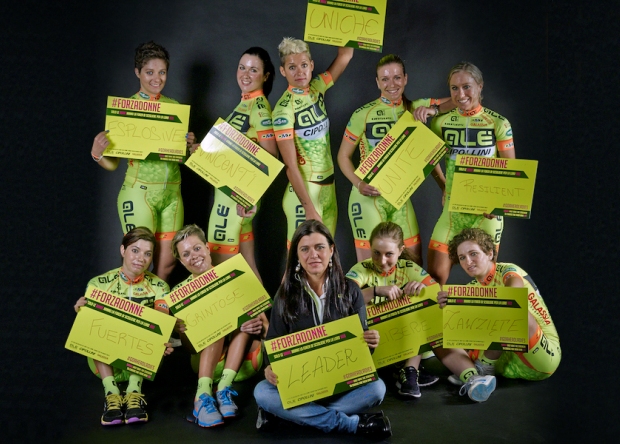 This is the message that will accompany the athletes Tatiana Guderzo, Monia Baccaille, Elena Berlato, Ilaria Bonomi, Valentina Carretta, Barbara Guarischi, Malgorzata Jasinska, Ane Santesteban Gonzalez, Michela Pavin, Shelley Olds, Marta Tagliaferro, the Sports Director Luisiana Pegoraro and the number one of the Team, Alessia Piccolo, the only female president in the world of female cyclism.

After this success the first italian Team in the UCI Ranking is ready to face the races i the North. It will be engaged in Hollande since Thursday, 13rd March, with the Drentse8. For the team, the first italian race will be Gp Comune di Cornaredo (23rd March), and seven days later the #YellowFluoLadies will be at the start of the World Cup in Cittiglio.