Gold and silver for RusVelo in Cali World Cup

RusVelo track team riders won two medals at the UCI World Cup in Cali, Columbia. The second day of races was marked by an impressive performance of a recently created quartet, composed of two experienced riders, Artur Ershov and Alexander Serov, and two youngsters, Aleksandr Evtushenko and Alexey Kurbatov. They set the best time of the day by far in the first round, which was actually never improved. In the finals, the RusVelo four fought battled it out with the World champions from Australia until the last kilometer, where the pre-race favorites gained a gap of slightly more than a second.

On the final day of the tournament, the best Russian sprinter of his generation Denis Dmitriev won the gold in the sprint finals against the rising star from Holland Jeffry Hoogland. The U-23 European champion didn’t fall an easy prey to his classy rival, forcing him into an elbow-to-elbow battle in round two, making it an equalizer, but had nothing more in store in round three.

“Just about a month ago I had a feeling that the season was falling apart. After a heavy crash in Mexico the wounds were very slow to heal, the doctors re-opened them a couple of times to clear out tiny splinters, I had a fever and they put me on antibiotics for quite a while. By the time of London World Cup, I felt empty, and the only way out for me was to start almost from scratch, to try and find my legs in time for the World championships. I’ve done a lot of very basic hard work, and even a few days ago it gave me serious doubts that I would find the necessary turn of speed. All in all my performance here comes as a bit of a nice surprise and a lot of encouragement. 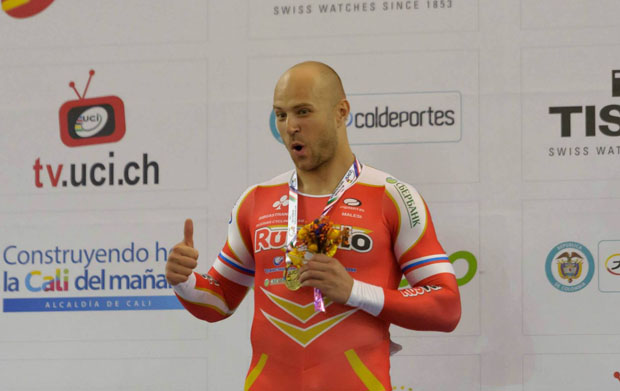 Talking about races, the most nervous one was in the 1/16 were I obviously hadn’t woken up as yet. Matt Crampton used all his technical skills to mislead my, he knows this trade perfectly, so I found myself on a gap just before the home straight; it took me a violent burst to bring him back. Then, in the semi-finals home favorite Fabian Puerta Zapata gave me some worries, I didn’t know what to expect of him, and he had won keirin a day before. I think he didn’t take me seriously enough, he was very fast but made some mistakes. As to the finals and the polemics over the second round with too much contact in it, I think everything was within the limits of the rules on both sides. This track has some peculiarities to be taken into account, to be really fast round the banking you should enter it slightly from top, starting from the red line and gradually descending to the black one. The guy rode parallel to me, he was just too close to give me enough space for this maneuver, so I had to cut a straighter line, it pushed me up, we had a contact; when a handlebar starts playing up, you can’t really control anything. We were very lucky not to crash, to tell the truth. 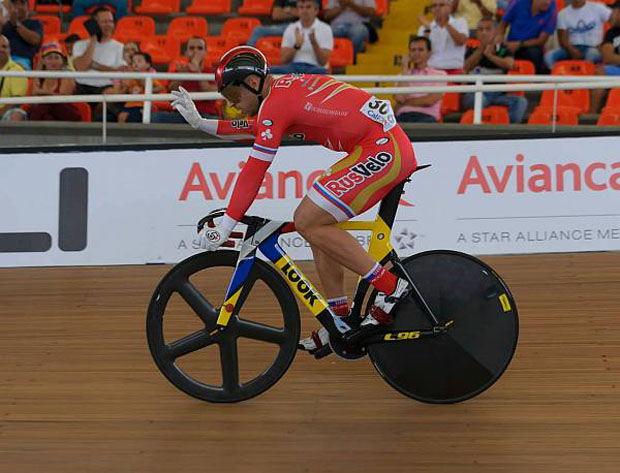 Now I’m getting over to polishing my conditions up for the World’s, a month is not a lot of time but you can do yourself a lot of good over this period in terms of training. I’m reasonably happy with my form now, but I have a feeling there’s something in store to get faster in the coming weeks. First, I’ll train in Florida for two weeks, a 333 meters-long concrete track is exactly what you need to make your life just this bit harder. Then I’ll go to Saint Petersburg in search of pure speed, the new track has everything what it takes to find it.

I’m focusing on the sprint event, no matter how hard I work on improving myself in keirin, sprint is what I’m born for, there’s nothing like it. There’s something special about team sprint for me, too, it’s all about being as one, I like the feeling of a good team work, and it’s a lot of pleasure in sharing the win with others”. 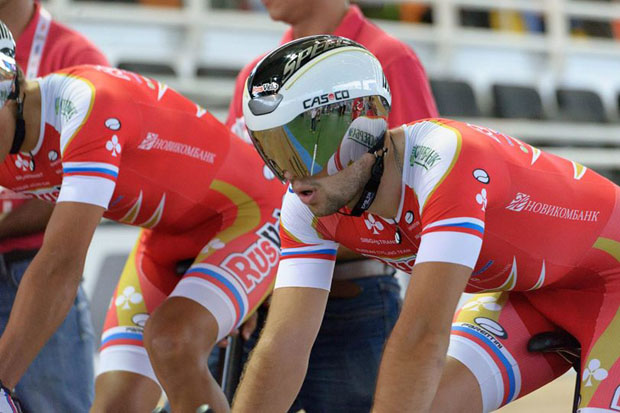 In the unofficial team standings, RusVelo finished the three-day event third, just behind the Dutch and the Australian national teams. 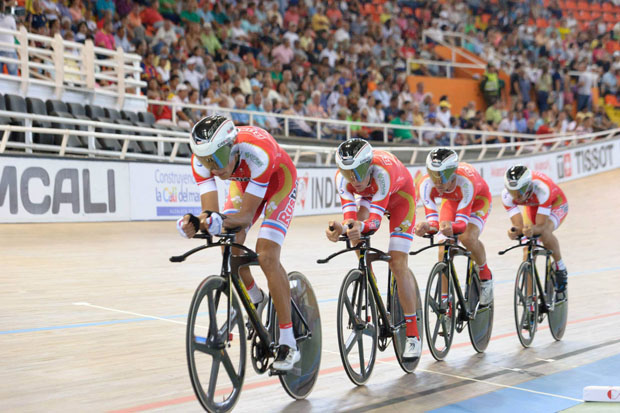 Gimondi and his Granfondo on the wave of enthusiasm in Belgium!