RusVelo rider Leonid Krasnov won the third of three one-day races contested in the Russian capital. The GP of Moscow, fifteen 11 km-long flat laps, was held in the area of the Olympic stadium of Luzhniki. It took the winner 3 hours and 40 minutes for the riders to complete the 165 km-long course. There was an endless series of attacks right from the start. A big and strong breakaway formed itself very soon. There were 4 Rusvelo riders among 25 attackers: Timofey Kritsky, Leonid Krasnov, Artem Ovechkin and Alexander Serov. Their lead extended to 3.30 but at 30 km to go the peloton neutralized the gap. Just a few moments later Ilnur Zakarin launched an attack picking up 30 seconds lead. Yet he was also finally caught by the group, and Leonid Krasnov won a bunch sprint in his trademark style.

Leonid Krasnov gave the detailed account of the race:
“Everything was unpredictable. I never expected the breakaway to last for so long. There were 25 guys there, and everybody did his fair share of work in front. I started thinking about the prospects of the escape and what I should do in this situation: it would be OK if it lasted until the finish, but if now, I was aware of the fact that I was spending more energy than my sprint rivals in the peloton. I felt like my chances of winning from the bunch were shrinking. But everything turned out well. The team did a great job and they earned every bit of this victory”. 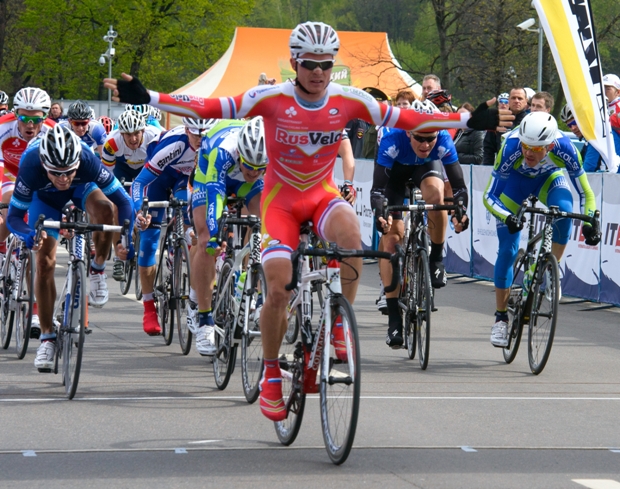 Alexey Markov, RusVelo DS:
“My congratulations to Leonid. What a remarkable and well-deserved win! The team did a very professional job. We planted four RusVelo riders in the early break, made some adjustments to our strategy and remained in control of the race. I would like to give special kudos to Ilnur Zakarin. He really made everybody nervous. Our rivals left too much energy trying to catch Ilnur, which gave us the opportunity to set up a sprint train at the head of the peloton. And it was all that Krasnov needed with his superb legs today ”. 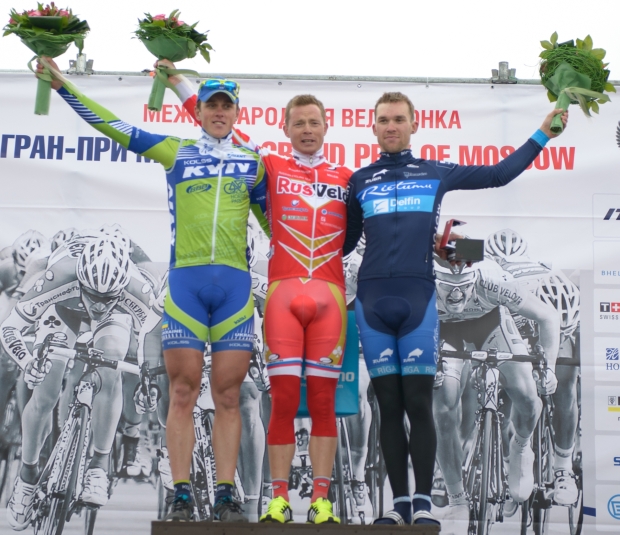