The pressure was clearly on the CULT Energy Pro Cycling line-up in their rather late Danish season debut taking on the 194 kilometer long and undulating one-day race, GP Horsens Posten. Even though Troels Vinther spent most of the race in the front group, Rasmus Guldhammer finished second and Michael Reihs fifth, it wasn’t enough to call it a successful race for the Danish team.

The first breakaway consisted of 8 riders from various teams including CULT Energy Pro Cycling’s Troels Vinther and TREFOR-Blue Water’s Mads Rahbek. The group worked up a lead of more than seven minutes but then Blue Water decided to stop helping and Rahbek stayed on the wheel of his breakaway companions. Slowly and surely, the gap was minimized and with 50 kilometers to go, they were back in the pack.

New attacks were launched and ultimately, CULT Energy’s Rasmus Guldhammer and road captain, Michael Reihs leaped away from the pack in a new and final front group containing 12 riders. Entering the final local circuit in Horsens, the escapees started attacking each other but it came down to a small group sprint and on the finish line, Alexander Kamp (Coloquick) was the fastest rider.

CULT Energy Pro Cycling’s Rasmus Guldhammer finished second:
“We were here to win and obviously it’s a disappointment not fulfilling our goal. It’s a course that suits me well taking the Danish landscape into consideration and I was hoping to nail this one in the sprint. However, I simply lost to a better rider today. It’s no secret that I have suffered from a long-lasting nagging cold and I was still coughing my way through the race today. Now I need a few days of low-key training in order to be ready for Route du Sud and the Danish national championships later this month,” said a fairly disappointed Rasmus Guldhammer after the race.

CULT Energy DS, Michael Skelde adds:
“We were the biggest favorites here today and it’s only natural that we’re disappointed but other riders are training hard as well and it’s only a good sign for Danish cycling in general that we have this big group of talents. I had my hopes up for a victory in Horsens and with two riders in the crucial break, the odds were with us but it simply wasn’t to be. And considering Rasmus’ illness in the last few weeks, there’s no need to be ashamed of losing to a fast rider like Alexander Kamp but it’s ok to be disappointed,” concludes Michael Skelde. 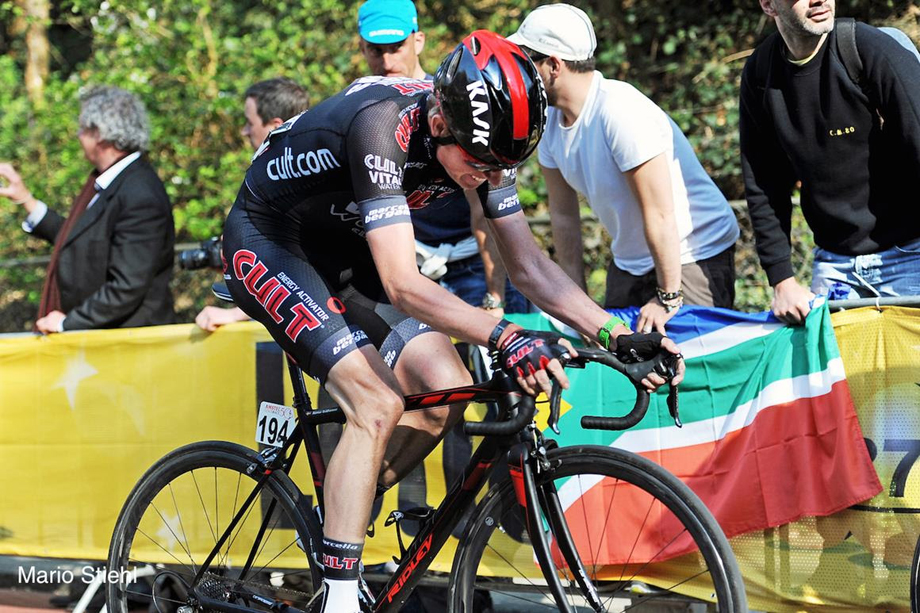