Boonen, Guillaume Van Keirsbulck, and Kevin De Weert were in a 18 rider breakaway that escaped in the middle of the 10 lap (17km each) race.

Boonen attacked Kenny Dehaes (Lotto-Belisol) after the break was reduced to a smaller group on the last lap.

“In the final there was a small group of six in the last lap,” Sport Director Wilfried Peeters said. “Tom attacked on the last climb, but Dehaes came back to him on the descent. Tom went for the sprint and won.”

Dehaes was 2nd, and Sean De Bie (LEOPARD TREK) was 3rd, 4″ back from Boonen and Dehaes. Only 20 riders finished the race. 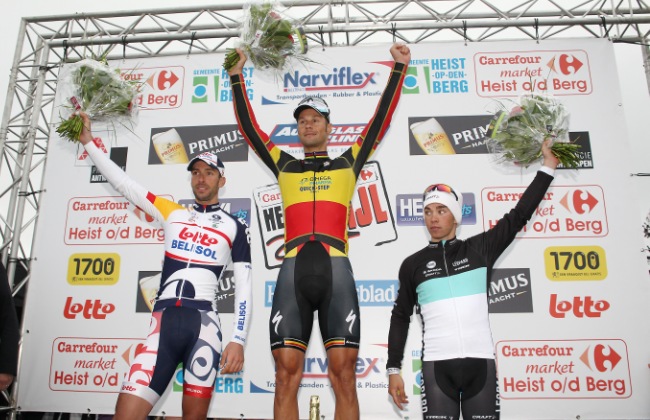 “I’m very happy about the race,” Boonen said. “It was a tough race because we made it tough as a team, being all day in front. We made a great effort and really pushed it, and in the end I also won. I attacked in the final on the last lap. I chose to attack on the last climb, which was more or less 2km on the cobblestones. I was solo, but in the final kilometer Dehaes was starting to come back to me. So, I waited for him and we went for the sprint. I am happy I was able to get the victory. It’s always good when you raise your arms in a race. It’s my second Kermesse victory of my life along with GP Zele in 2006. So, it’s something special to win another one.”

Tom Boonen will be present tomorrow at the OPQS fan day for all the supporters.

“I will be there, and I hope our fans will come to ride with us,” Boonen said. “They can come to the OPQS Fan Day and spend a good day with the entire team. I am looking forward to it.” 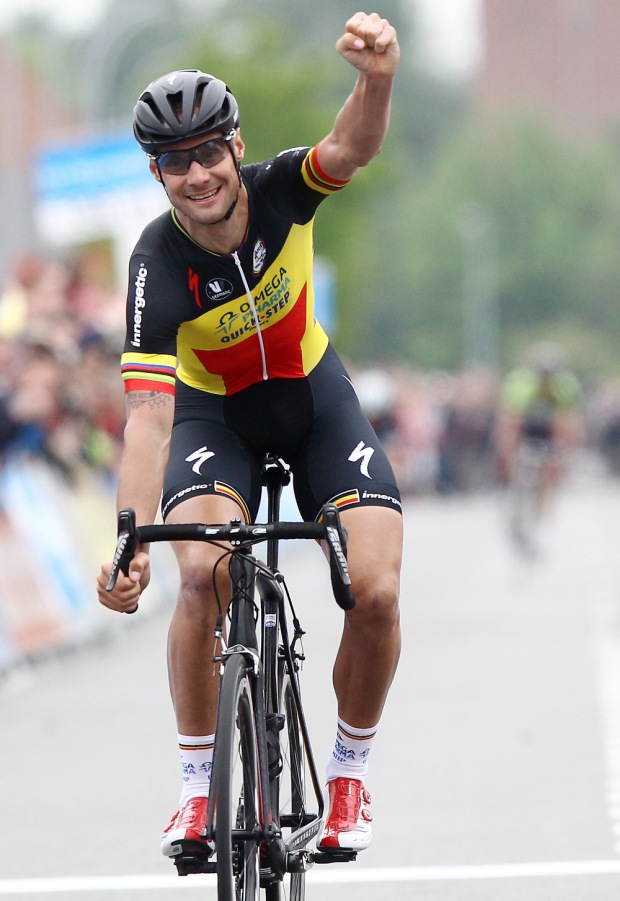