The 123km 2nd road stage of the Herald Sun Tour saw a bunch sprint decide the victor with Caleb Ewan (Orica-Greenedge) being first across the line. Steele van Hoff (Australia) and Samuel Witmitz (Budget Forklifts) would claim 2nd and 3rd respectively. Cameron Meyer (Orica-Greenedge) held on to the yellow jersey.

With 10km to go, it was only Tyler and Clarke remaining in the front but the peloton had the escapees in their sights. A big bunch sprint followed with all 6 MTN-Qhubeka p/b Samsung riders arriving at the finish safely despite a small crash in the final 10 meters of the race. Tyler picked up the most aggressive rider prize for his exploits in the break.

Michel Cornelisse – Sport Director
“In the first hour of racing there were a lot of attacks and we were in every move. Then Tyler went with Clarke, the winner of the prologue, and one other rider. Greenedge let them go and they got up to 3 minutes. It was pretty normal heading to the finish and looking good for our team but then United Healthcare started chasing, I don’t know why. Tyler was brought back with 6km to go and then for the sprint Gossy was alone and out of position in the last corner.” 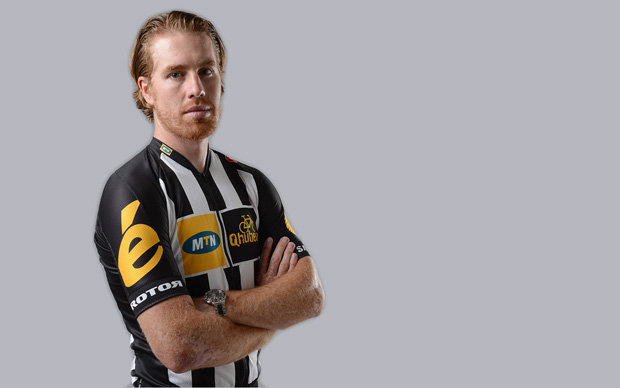