Here’s what happened on Stelvio

Chaos reigned on top of Stelvio, on the descent from the Cima Coppi and in the valley leading to the final climb. The 16th stage of Giro d’Italia was a beautiful and dramatic stage but turned controversial after the race jury announced that the descent would be neutralized. The vast majority of the teams heard it and followed the order from the race organizers but few teams including Movistar, Garmin and Europcar attacked on top of Passo dello Stelvio.

“We clearly heard over the race radio that the race jury asked us to transmit to our riders that the red flag would be raised for the riders on the descent. The red flag is indecisive and means that it’s not allowed to attack from the group, explains Sport Director Lars Michaelsen after the stage that saw the GC being turned upside down.

“We told our riders that they were asked by RCS to take it slow on the descent from Stelvio. So we stopped on the top to make sure that they had the proper clothing for a slow and cold descent. But Movistar and Quintana attacked and Hesjedal and Rolland followed”, continues Lars Michaelsen and emphasizes that the message about the neutralization went out to 22 teams and 44 sport directors. 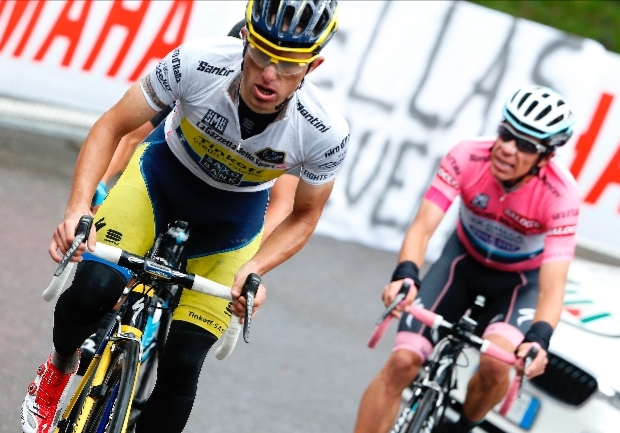 Intentions were good but the execution was horrible
Lars admits that there is the possibility that Movistar didn’t get the radio announcement but with Garmin and Europcar following the attack the chances of nobody in the front group having received the message seems slim.

“I mean, if you suddenly have 2 minutes just after the descent, there is probably something that isn’t right. And I think that there are some teams that probably know that what they did on the stage was questionable, says the Directeur Sportif, who however believes that the race organizers has the overall responsibility.

“Today was unacceptable. I’ve always been a strong advocate for the fact that crashes, weather and punctures are a part of cycling. But when an organizer steps in to control the race as a final option they need to have the finesse and skills to do it properly. Their intentions were good but the execution was horrible. They sent an apology on their official media platform but won’t take the full responsibility either”.

Podium is still possible
The miscommunication resulted in Quintana, Hesjedal and Rolland having around two minutes at the foot of the final climb. Behind them the rest of the favorites used their teammates up in order to shave down the time gap and on the final part of the climb attacks were launched. Rafal Majka lost 4:08 minutes to Quintana, who won the stage, the pink jersey and the white jersey at the same time.

“Rafal did an excellent job today – the whole team did. Roche and Petrov fought their way back after Stelvio and immediately went to the front of the group to pull. Rogers was so strong and delivered Rafal in the best possible position. Rafa also launched a couple of attacks that split the group. But it’s difficult to sense how the legs are, when they’re cold after a confusing stage with many shifts in pace. Quintana was the big favorite for the stage win today, but he wouldn’t have been in pink if it wasn’t for what happened on Stelvio”, explains Lars Michaelsen.

The Tinkoff-Saxo captain is now 5th in the GC. But with 7 seconds to Cadel Evans the young Pole has a good chance of getting back on a podium spot again.

“Rafa is not at his best in cold conditions but he’s in a strong shape right now. He shows continuously that he has the will to attack and he’s still very close to the podium, which is his and our goal. Our team right now is indeed among the strongest. At the bottom of Stelvio 90 riders were dropped from the peloton – none of them were our riders. As a sport director, a team performance like that makes me proud”, concludes Lars Michaelsen. 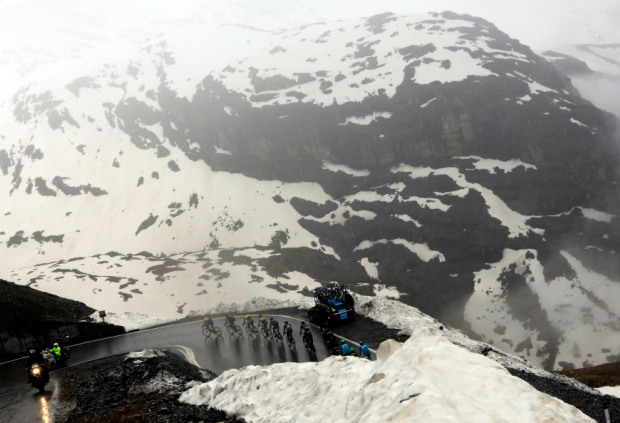 Statement by the Race Directors