The Tour of Alberta, presented by ATB Financial, announced the host cities for its fourth edition, as well as its first team entrant, the powerful TREK-Segafredo, which is the squad of defending-champion Bauke Mollema of the Netherlands and Ryder Hesjedal, one of Canada’s top all-time cyclists.

Canada’s stage race will reduce from six to five days this year and will start in the southern part of the province and route through the mid-section and finish in Edmonton for the third time. 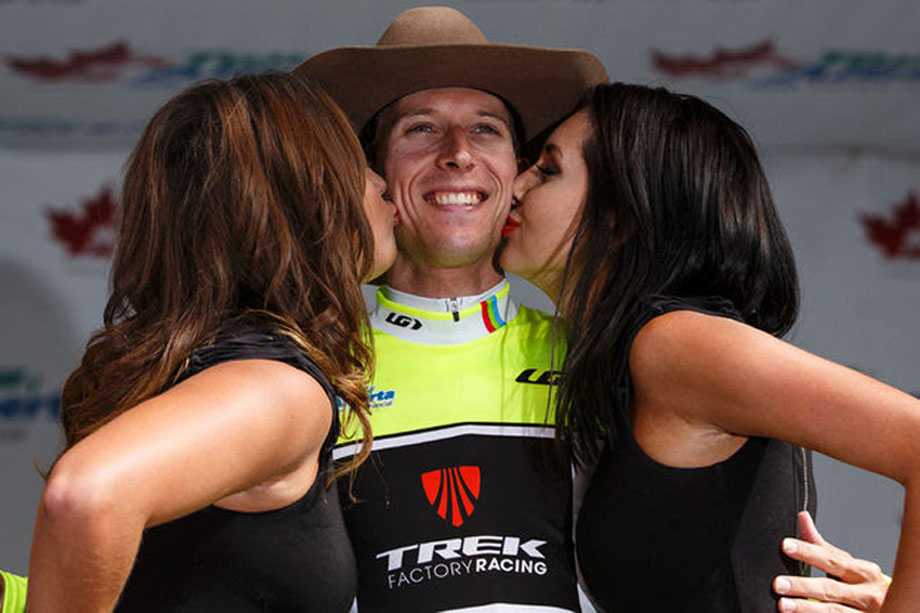 Stage 1 will kick-start the 2016 event in a city that is familiar with the Tour, Lethbridge, on Thursday, September 1. A tremendous host community in 2014, Lethbridge, whose hilly circuit, thrilling entertainment lineup, and outstanding community support outshone the unseasonably wet weather, is a great community to kick-off the Tour in Southern Alberta.

The peloton will begin Stage 2 in Kananaskis, which is celebrated as “Alberta’s Mountain Playground” with over 50 interconnected provincial parks and recreation areas. Known for its pristine natural setting and active outdoor lifestyle, K-Country, as it is referred to by the locals, will be a scenic start location prior to cyclists heading north to their final destination on September 2; the peloton will ride through Mountain View County, nestled against the picturesque foothills of the Canadian Rockies, as they make their way to one of Alberta’s esteemed college-towns, Olds, which is centrally located along the busy QEII corridor.

The Stage 3 race on Saturday, September 3, will be contested within Alberta’s Heartland. Appropriately starting in a town known as the place “Where Adventure Began” with its rich, dramatic history founding site, the race will start in Rocky Mountain House in partnership with Clearwater County. The peloton will then travel up ‘Cowboy Trail’ to its finish destination, formerly known as Powerhouse, the quaint town of Drayton Valley.

The final day will be hosted in Edmonton at Churchill Square, utilizing the iconic course featuring a 121 kilometer 11 lap circuit through the city’s downtown core. The notorious course is remembered by the upset in the standings it created in 2014, catapulting Orica-GreenEDGE’s Daryl Impey into first place donning the Province of Alberta Leader jersey after being awarded time bonuses in the final stage in addition to the daunting Bellamy Hill climb 11 times. The thrilling Stage 5 circuit has proven to be both an electrifying spectacle for fans and a competitive course for the cyclists.

“Our host communities are really an integral part of the success of the event,” said Duane Vienneau, CEO of the Tour of Alberta presented by ATB Financial. “We truly have a lineup of world-class host communities. We are so grateful for the hard work communities do at the local level to help make this elite international event a success.”

“It is no secret that the province as a whole has suffered economically this year,” says Alberta Peloton Association Chairman, Jared Smith, “As a result of the unscrupulous economic situation, the Alberta Peloton Association made the difficult decision to decrease to a five day Stage race; we empathize with the Tour’s prospective host communities and partners who have been hit hard by Alberta’s decline in the economy. We are looking ahead to 2017 and beyond when we will return to a six day event.”

More information can be found at TourofAlberta.ca.

More Tour of Alberta Pictures can be seen HERE 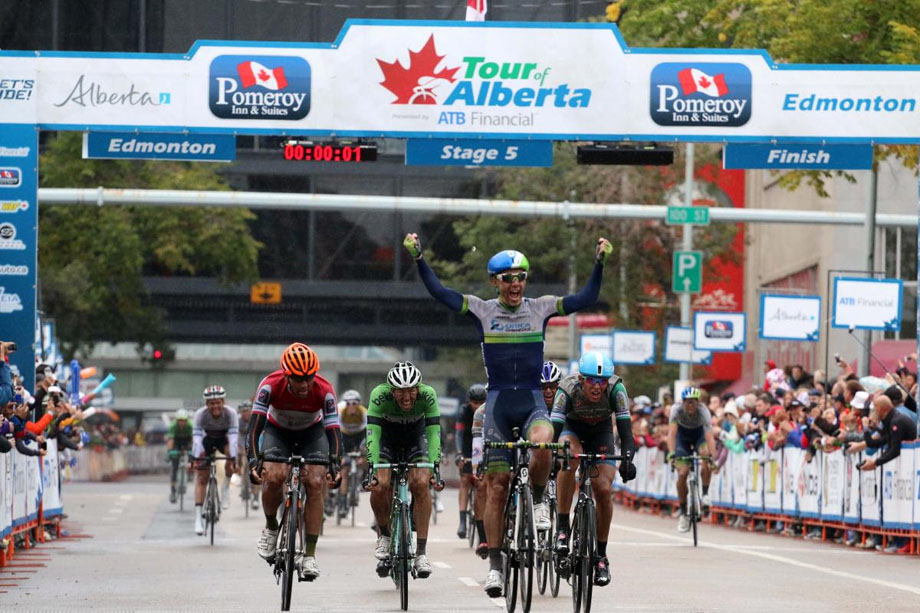