Dlamini is from the deprived township of Khayelitsha, Cape Town. Rising from adversity, he has proved himself a talented cyclist and was crowned the winner of the Amateur Green Sprinter’s Jersey during the Cape Rouleur. Following the Cape Rouleur, Ride Magazine has flagged him as a ‘name to watch’.

During The London-Paris, he will cycle with exceptional people who are fulfilling their aspirations and pushing boundaries. It will also expose him to the global stage and professional riders such as 1987 Tour de France winner, Stephen Roche, and 1988 World Champion, Maurizio Fondriest, and the Pro-Tour experience that HotChillee’s Global Event Series creates.

Dlamini started cycling at the age of 12 and has won almost every race he’s entered, including most recently the WP Junior road race Championships.

Nicholas will be riding for Wattbike, who is sponsoring his entry. This will be his first overseas trip, which is being supported by the Western Cape Provincial Government. JAG Foundation, a charity partner for the Cape Rouleur has been mentoring Dlamini and he was selected for the Development Rider programme which is fronted by actress Vanessa Haywood in South Africa.

Stephen Roche, 1987 Triple Crown Winner and HotChillee ambassador, says: “Nicholas did exceptionally well during the Cape Rouleur and it’ll be great to ride with him again. This is a real opportunity for him to experience riding in a European context and to mix with influencers in the cycling industry. I think he’s got a very bright future ahead of him in cycling.”

Alex Skelton, Wattbike, says: “This is a fantastic initiative and we’re excited to have Nicholas riding for Wattbike in The London-Paris. It gives him the opportunity to experience a first-class event that attracts a great range of cyclists, both professional and amateur. I’m looking forward to seeing him in our kit again.”

Over the last ten years, HotChillee has placed its CSR programme at the heart of its events. This not only includes forging successful charity partnerships and raising millions of pounds, but also building direct and impactful relationships with promising cyclists from disadvantaged backgrounds in South Africa, the home of its newest event in the Global Event Series. 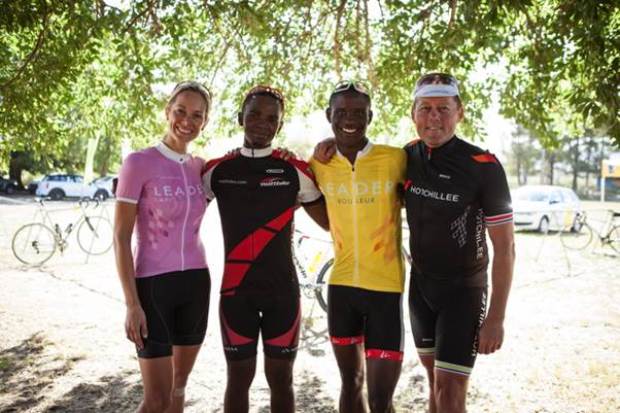 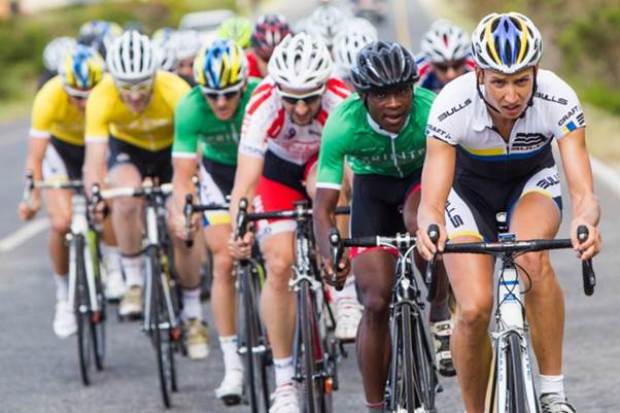 Nicholas Dlamini, hot on the heels of Team Bulls’ Urs Huber, in one of the Timed Flagged Race Sections, Cape Rouleur 2013.

About HotChillee
HotChillee is a media, marketing and events company. HotChillee’s events include The London-Paris, Alpine Challenge and Cape Rouleur, which form the Global Event Series.

HotChillee also manages Cyclosport.org, the largest cycle listings website, the Cyclosport annual industry ride and is the official provider of the Tour de France Guide and merchandise for South Africa.