Rohan Dennis will return to competition this weekend for the first time since establishing a new world hour record earlier this month at Velodrome Suisse in Grenchen, Switzerland.

The BMC Racing Team rider is a late addition to the team’s roster for a pair of one-day races in France, Classic Sud Ardèche on Saturday and Drôme Classic on Sunday.

On Feb. 8, Dennis powered his BMC trackmachine TR01 to a distance of 52.491 kilometers – bettering the record by 639 meters. The performance added to the overall title and a stage win at the Santos Tour Down Under that he earned in January.

Thursday, Dennis talked about what he has done since setting the world hour record, the stress of watching another rider try to break his record and his goals for the weekend.

Was there always a plan to take a layoff from racing whether you were successful or not at your world hour record attempt?
“Yes, I was always planning to have a bit of a break because it was a pretty solid start to the year. I hope to be going well through May, June and, hopefully, into July. But obviously it is not possible to hold form for that long. It is pretty impressive if you can. So I took a slight layoff and then started rebuilding my form.”

How did you spent the time off?
“I really only had three or four days off my bike. I went to Paris to watch the world track championships and my girlfriend’s race. Then I started to sort of get a little bit more serious as I started getting closer to my first race back. In fact, I went to Germany this week to get a bike fit. So now things are getting back to normal and I am really taking everything more seriously.”

How did setting a new world hour record change you as a bike rider?
“I have noticed a little bit of a difference. I don’t know if it was just because I finally had a bit of a break after the Tour Down Under. There was a big build-up to that and I was training quite hard. But I found that I have gone to another sort of level. It has thrown me off a little bit because I am training quite well. At the same time, everything points to me not training so well. So it is sort of weird. I don’t know if I have stepped it up or if I just have good form at the moment. I guess we will find out on Saturday and Sunday.”

In comparison to some of the others who have attempted the world hour record, you looked very comfortable on your BMC trackmachine TR01 throughout your attempt. And afterwards, you were even able to hoist it above your head.
“It was the beauty of being given a track bike that was pretty much identical in terms of fit and size to the TT bike I rode at the world championships last year. When BMC made the integrated piece for the front end, it made a huge difference. From my training bike from Adelaide to when I jumped on this bike in Grenchen, I noticed the difference straight away. BMC did everything they possibly could to make it absolutely perfect. I could not have asked for a better bike to do it.”

If you had to do the hour record attempt again, would you do anything differently?
“Maybe just change it to a different time of year – like after a grand tour. I would come in and do a full track preparation, maybe for a longer period of time. So four or five weeks of specific track stuff and really get everything dialed down to make sure I am absolutely going 110 percent for the hour record. There were only a few little minor things as far as the pacing. But I think the main thing is doing it when you are physically at your peak.”

Did you watch Thomas Dekker’s hour record attempt?
“Yes, I was at the airport. It seems whenever I am at the airport, people are doing the hour record! I was watching it on a live stream and Twitter, sort of trying to get an idea of where he was in compared to my hour record. It was a little bit nerve-racking, to be completely honest. I was watching people’s tweets that were saying he was holding 53 kph for 30 minutes. I was thinking that was pretty quick. Then when I saw 52 a while after that, I sort of started to relax a little bit. I was thinking I don’t need to watch this and stress so much anymore. But it was a bit of a wake-up call when I saw that he finished within about 250 meters of me, which is a lap.”

What are your goals for Classic Sud Ardèche and the Drôme Classic?
“At the moment, just to sort of float around and help the team. I was not initially supposed to race until Paris-Nice but the team is a little bit short and I was asked to help out. I didn’t think it would be such a bad thing to be with the guys, have some fun and get a little racing under the belt again.” 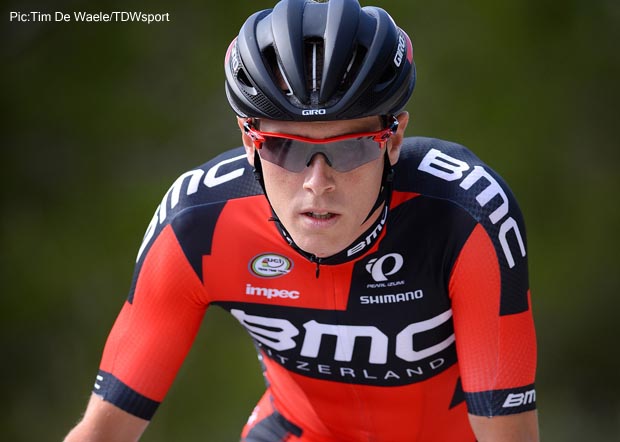 Area Zero-D’Amico-Bottecchia Will be at the GP Izola