Hushovd Puts Everyone in Line at Rzeszow

Rzesow, 30 July, 2013 – After Trentino and a day of rest, the Tour de Pologne took off again today right on time in Polish territory, with the third stage from Krakow to Rzeszow for 226 km.

After the major climbs on the Dolomites, according to the race schedule it was time for the sprinters to get into the action and they didn’t miss their chance to play for success in this stage. 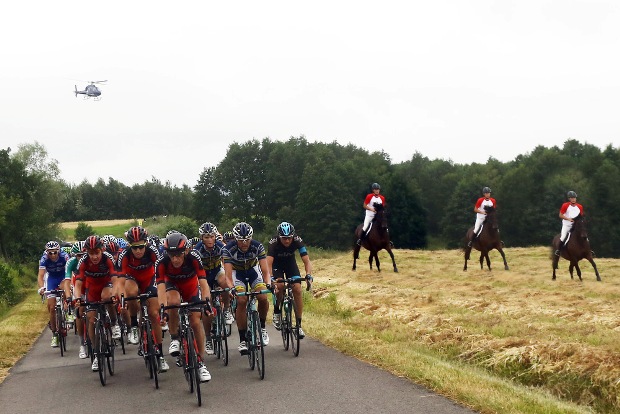 This is Hushovd’s third season bull’s eye, after capturing the National title and one stage in the Tour of Austria. Rzeszow is turning out to be a land of conquest for Norwegian Vikings; in fact, on this very same finish line in the 2009 Tour de Pologne, Edwald Boasson Hagen was the man who dominated the race. 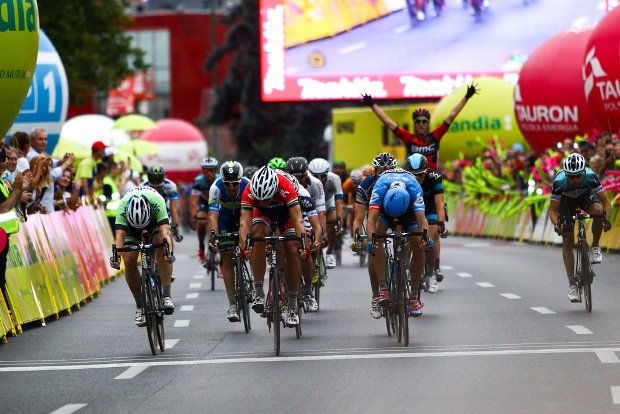 It was a long fraction, over 200 km, which was also influenced by a sudden drop in temperatures compared to the torrid heat that characterised the first days of the race, with wind and rain, especially in the first part of the stage. The day’s riders lit up the race with a breakaway made up of Italian Mirko Selvaggi (Vacansoleil), Kazak Alexandr Dyachenko (Astana), Spaniard Ricardo Mestre (Euskaltel) and the Pole Bartlomiej Matysiak (CCC Polsat). But the sprinting teams lead by Hushovd’s BMC Racing didn’t leave much room for the break to manoeuvre as they pulled the peloton to catch up for the final major sprint. 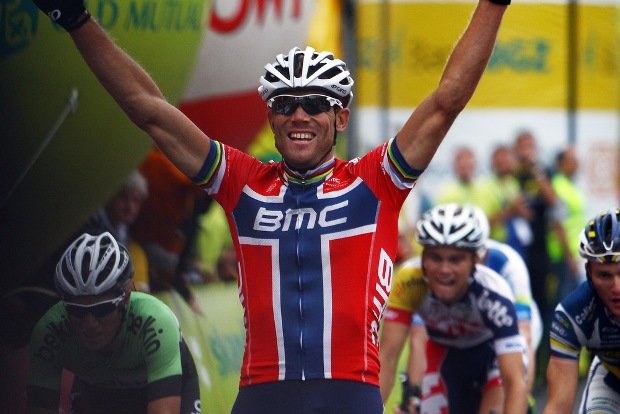 “I’m happy for this victory; it wasn’t an easy day, we also met with rain and wind,” explains the Norwegian champion. “I want to thank my team mates, who did a truly exceptional job today to close in on the breakaway and carry me to the best possible position to try and win this final sprint, which I did. I’m happy because here in Poland I’ve finally got back to winning an important final group sprint. It would seem that this finish line brings good luck to us Norwegians.” 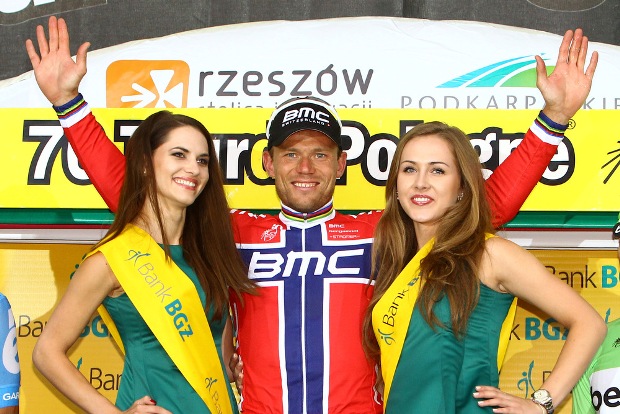 It was quite a quiet day for the leader of the general classification, Poland’s own Rafal Majka (Saxo Bank) who didn’t have any particular problem hanging on to the yellow Skandia jersey. He is followed by Colombian Sergio Henao (Sky) by 4” e and the winner of the Pordoi Christophe Riblon (Ag2r) by 6”.
“I’m tired but that’s normal after 200 km. I don’t like racing in the rain but you have to learn to adapt and race in any weather condition,” says Majka. “Now the goal is to defend this jersey at Zakopane and Bukowina to try to make it to the final time trial with a bit of an advantage over my closest adversaries. It’s not going to be easy but with the help of the team I’m going to do everything possible.” 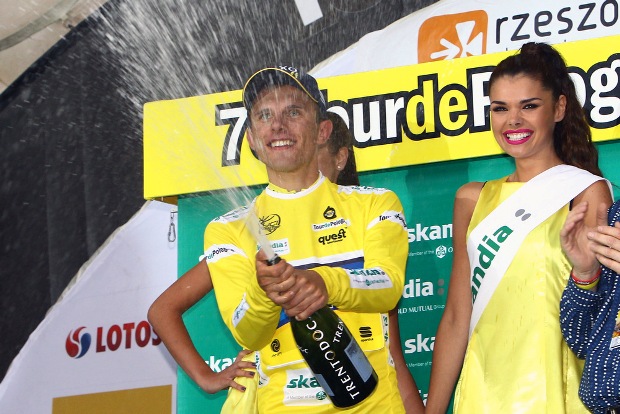 In the classification for the GPM Austrian Thomas Rohregger (Radioshak) is still wearing the Tauron cyclamen jersey, Bartosz Huzarski (NettApp) the red jersey that identifies the most active rider in the group while the Lang Team white-red jersey for the points’ classification remains on the back of Rafal Majka. Tema Radioshak leads the teams’ classification.