Hushovd Wins Again at the Finish Line in Zakopane

After Trentino and the first two stages within its national borders, today the Tour de Pologne headed back to the mountains. The fifth stage transitioned from the Dolomites to the Monti Tatra on the way from Nowy Targ to Zakopane for a total of 160.5 km. 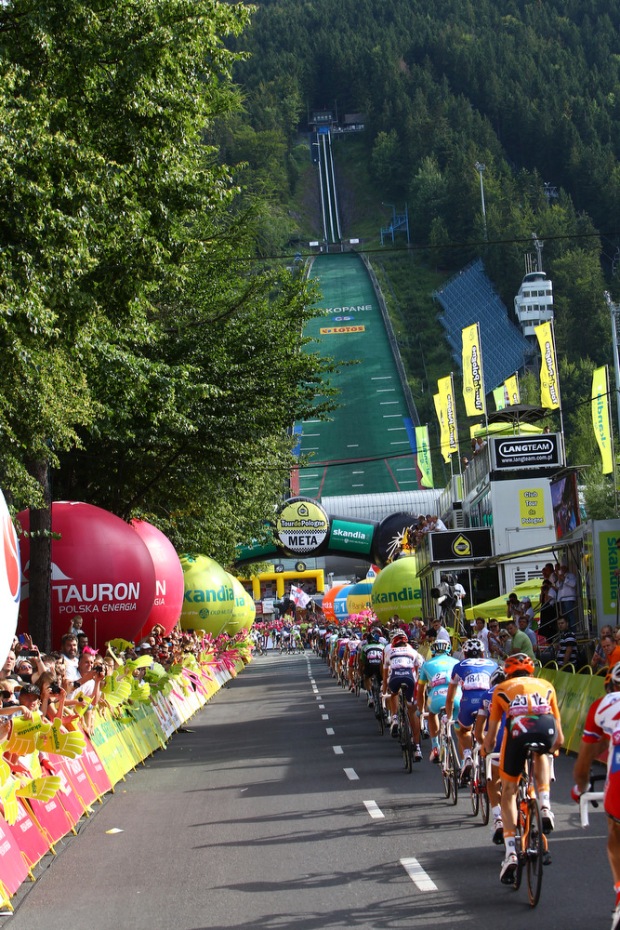 At the start Izaguirre was 9” behind the Pole, and he took advantage of the day’s last two GPMs to clinch a second and a first place that gave him the third place in the attractivity contest classification for a total bonus of 10”, which put him in the yellow jersey as leader.

In the classification he is followed by Majka by a mere 1” and then third place Sergio Henao (Sky) 5” back, fourth placed Christophe Riblon (Ag2r) at 7” and Peter Weening (Orica Greenedge) in fifth, 8” behind in a classification that is still up in the air and wide open on the eve of tomorrow’s reigning stage with an all uphill circuit in Bukowina Tatrzanska. 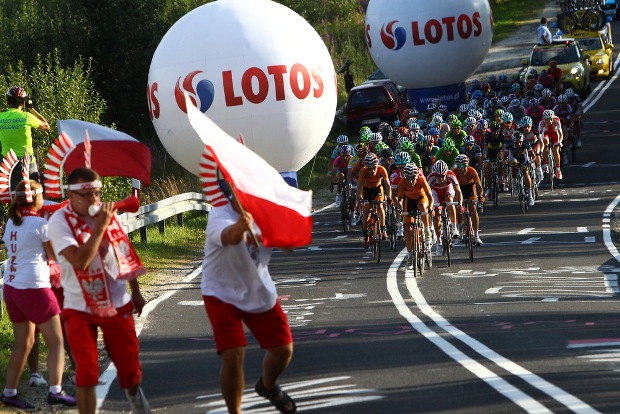 “With the new rules introduced for the World Tour races with the bonus seconds of attractivity contest classification, I managed to grab the yellow jersey,” says Izaguirre. “Tomorrow we can expect a grueling stage with lots of km and plenty of climbs. I feel good and I can count on a team that’s strong on climbs. I’m the leader and I’m going to try to take advantage of the situation. Then there will be the time trial; on the day off I had a look at the route; the first part is hard and the final is very fast. I can hold my own in time trials, especially when I’m in good shape and I hope to finish out this Tour de Pologne in the best way possible.” 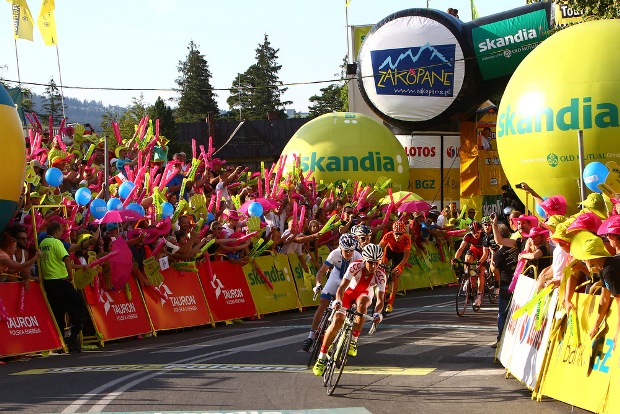 After the start the peloton faced the first part of the stage in line for about 80 km before hitting the traditional circuit in Zakopane, 40.5 km to be repeated twice. The fraction was heated up by the day’s attackers. First there was a break made up of 8 riders: the Polish national champion Michal Golas (Omega-Pharma), Switzerland’s Mathias Frank (BMC Racing), Spaniard Angel Madrazo (Euskaltel), Pole Tomasz Marczynski (Vacansoleil), Finnish national champion Jussi Veikkanen (Francaise des Jeux), Colombian Darwin Atapuma (Colombia), Bulgarian Nikolay Mihaylow (CCC Polsat) and Pole Pawel Cieslik (Reprezentacja Polski). They got caught with about 30 km to go to the finish line. Then there was another attempt with Croatian champion Robert Kiserlovski (Radioshack), Frenchman Christophe Riblon (Ag2r), Luis Leon Sanchez (Belkin), Pole Maciej Paterski (Cannondale), Russian Sergei Chernetski (Katusha) and hanging in there Atapuma (Colombia), but the peloton also annihilated this initiative. But the group has canceled this attempt bringing at the sprint dominated by Hushovd. 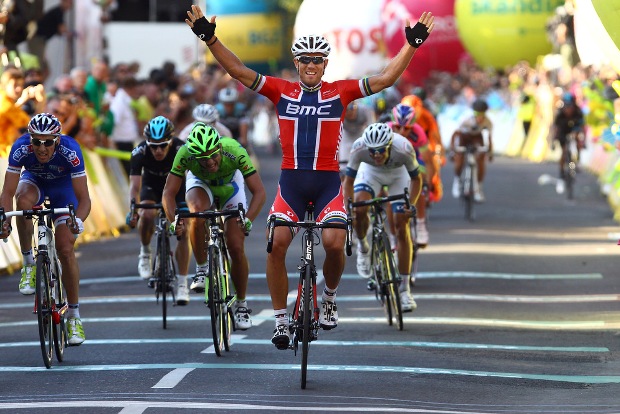 “This is truly a perfect moment for me and the team. We have obtained three victories and plus now I’m also wearing the white-red jersey for the points’ standings,” says Hushovd. “It has been one of the best competitions for our team this year, and it’s not over yet. For me tomorrow is going to be a hard stage but I’m going to try and help my team mates Nerz and Santaromita, who are in a position to do well, and then for the time trial we can also count on Phinney, who is a specialist.” 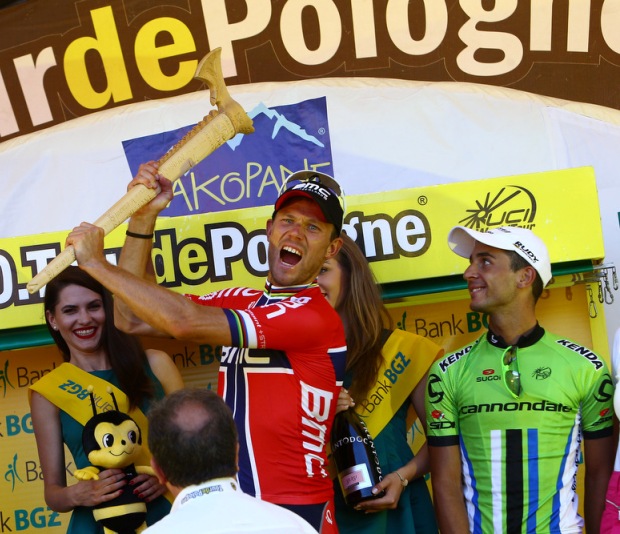 The classification for the GPM was also shuffled, with the cyclamen Tauron jersey passing to the shoulders of Poland’s own Tomasz Marczynski (Vacansoleil), while the red jersey for the most active rider in the group is still being worn by his fellow countryman Bartosz Huzarski (NettApp). The team classification also has a new leader with Team Argos-Shimano. 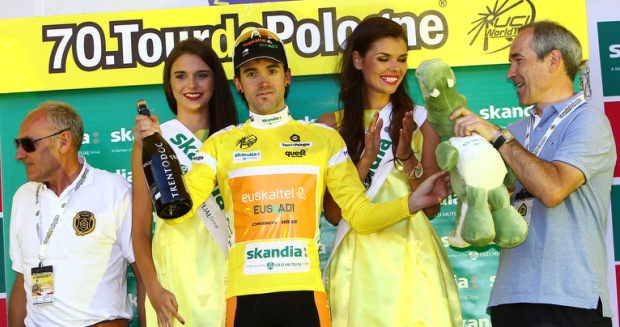 Announcing the launch of VeloBody!