His disappointment proved to be as big as his legitimate ambitions. Still crestfallen, Mathias Frank left the Tour de Suisse this morning even before the start of the 5th stage from Weesen to Amden. Not yet recovered from a complicated illness that was a mix of bronchitis and a sinus infection, which he contracted after the recent Tour de Luxembourg, the IAM Cycling leader was not able to compete with the best. Wednesday’s difficult stage to Cari proved definitely that his body is still weak from the illness. Given as a test, the first mountain stage demonstrated the limits of an athlete accustomed to being able to climb with the favorites. In oxygen debt as soon as the pace accelerated, Frank was duly dropped with around three kilometers to go to the finish, and conceded 1’21” to the stage winner.

The sports management for IAM Cycling, headed by Rik Verbrugghe, concerned primarily with their athlete’s health, but also giving priority to Frank’s main goal of the season, the Tour de France, preferred to stop Frank from continuing the race rather than risk seeing his condition deteriorate. They can take heart when remembering that they made the same decision last year at the Critérium du Dauphiné Libéré, which proved to be a sound choice in view of Frank’s Tour performance. After recovering from his illness at that time, he went on to finish in 8th place at the Tour de France.

Nevertheless, Mathias Frank is deeply disappointed to have to leave an event that has been so close to his heart since the time of his debut as a professional, as well as such an important race for his team. His Swiss lieutenants as well as his three non-Swiss teammates are still supremely motivated and ready to give everything they can to reach the same heights the team did in 2014 when Frank took 2nd place overall while wearing the colors of IAM Cycling. 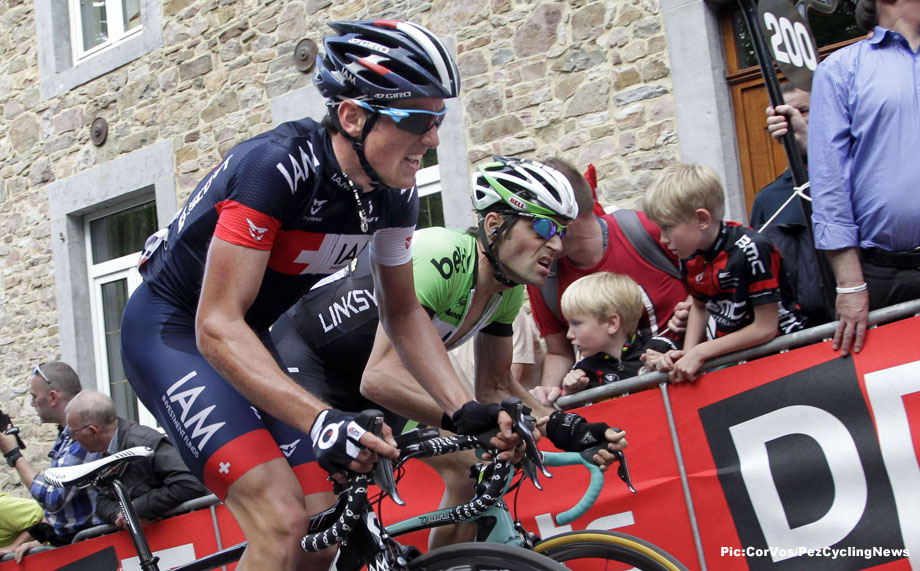