Ilnur Zakarin third in the queen stage in Slovenia , up to second in GC

The hardest stage of 2.1 Tour of Slovenia turned out the most successful one for RusVelo team. Ilnur Zakarin was third fastest at the end of 192 epic kilometers with four categorized climbs, a result that catapulted him into second in general standings. The major part of the stage 3 was marked by an escape of six riders, which was finally caught slightly more than 10 km to go. The final ascent, as all the experts expected, was the decider. The first selection thinned the head group down to twenty riders; after yet another attack there were just three left at the front: Tiago Machado (Netapp-Endura), Francesco Manuel Bongiorno (Bardiani Valvole – CSF) and Zakarin. Bongiorno took the stage, Machado finished second and put on the leader’s jersey, and the Russian came in third putting himself on the virtual podium as well as the real podium of the day. 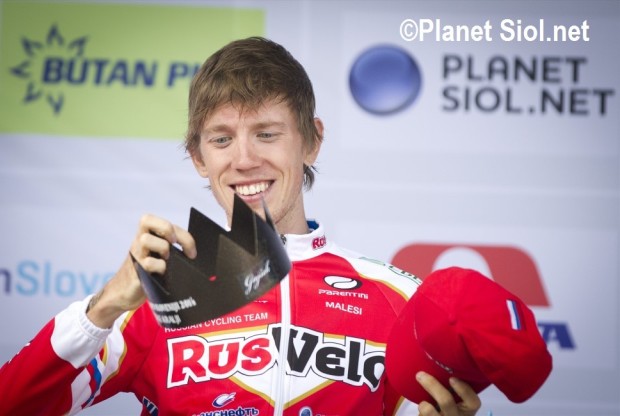 Ilnur Zakarin said:
“It was an extremely hard race and a surprisingly hard climb on top of that. 19 km, nothing special about the average gradient, but with some abrupt variations of rhythm. We rode up very fast, the style that I like far less than climbing proper. Before the last mountain the situation was fully under control, the escape posed no danger, and a few teams were not going to let the gap grow. RusVelo guys did a fantastic job, bringing me and Artem Ovechkin, yet another protected rider of the team, to the front before every climb. When the escapees were reeled in, Artem told me to have a try if I felt good, and I rode away in the first pack. It was hardly possible to create a gap on flatter part but a steeper wall let us have a jump. Less than a kilometer to go I tried to go for a stage, yet the legs were empty by then. I’m reasonably happy, to make it to the top-3 in a high-profile race like this one would be quite an important thing. I hope that on a flatter stage tomorrow the team will be able to defend my position.” 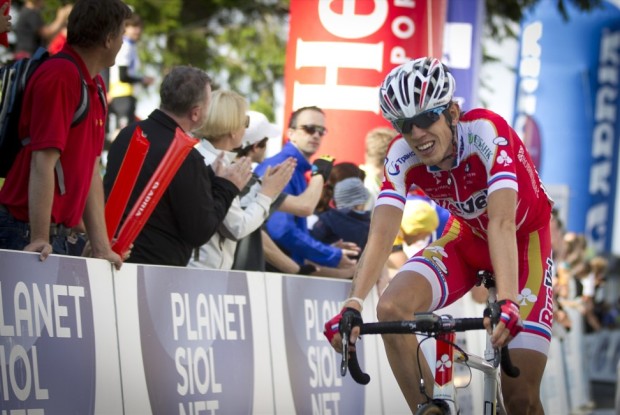 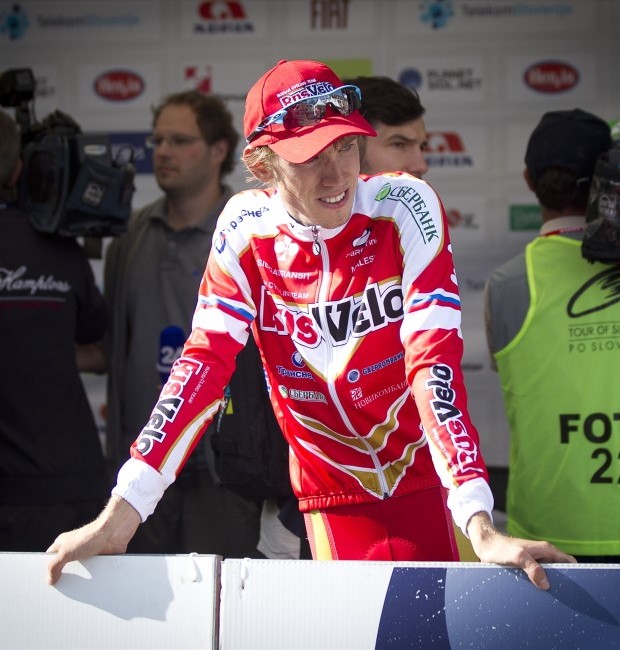