Ilnur Zakharin is the new leader of GP of Sochi

It all went almost 100 per cent as planned for RusVelo team in the ITT at the 3rd stage of GP of Sochi. Russian time trial champion Ilnur Zakarin finished second, half a minute behind his compatriot Alexander Evtushenko (Russian Helicopters), and took over the yellow jersey, as the now former leader Sergey Lagutin had predicted a day earlier. Dmitri Kosyakov (Itera-Katusha) set the 3rd fastest time. The 11 km-long hilly course in the seaside resort of Anapa, ridden there and back via a U-turn, proved rather demanding, because of the strong wind rather than the profile.

RusVelo DS Alexander Efimkin said:
“It was a really hard race, with gusts of wind so strong that the riders got almost blown off. Still most of them used the disk wheels, as it was either head or back wind, mostly steady and unidirectional. Hats off to the winner, he’s a strong track endurance rider and the foundation laid during the winter season was of much help in this race. You should keep in mind that Ilnur Zakarin was constantly at the front in two previous stages while the riders who mostly focused on the race against the clock had fresher legs today. I am reasonably happy with the result – two of our riders remain in the clear lead of the GC, Sergey Lagutin almost caught his closest rival Vitaly Buts who started one minute before, and now there are almost 2.5 between them in the standings. Tomorrow RusVelo squad will have to stay cool and focused, a coastal windy course between Novorossiysk and a village of Nebug holds a great deal of drama in store.” 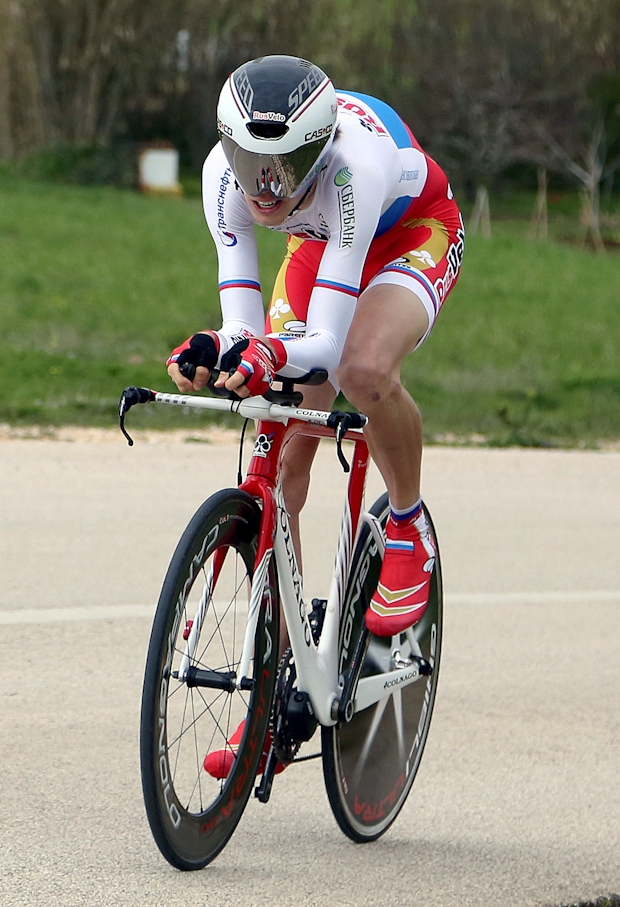