In His Own Words: DS Matt White Previews the Tour de France

We announced our Tour de France team last week. Yesterday, our nine rider squad was presented to the public and the media in Porto-Vecchio, Corsica. The Grand Départ is nearly here, and the anticipation is palpable. I’m very happy with the group we have assembled and the possibilities I see for each of our riders over the course of the upcoming three weeks.

While we’ve chosen a group that gives us more options in the medium mountains, we remain devoted to our sprint train. I’m excited about the Tour de France sprints. I think we’re going to see the biggest depth in terms of the sprint group that we’ve seen in living memory.

At the start, we have Mark Cavendish (Omega Pharma-QuickStep), who will go down as the most successful sprinter in history. We have big German André Greipel (Lotto Belisol) is in his prime. Peter Sagan (Cannondale) has shown his versatility. The Argos-Shimano pair of young German riders John Degenkolb and Marcel Kittel have really come into their own this year while their French counterparts Nacer Bouhanni and Arnaud Demare (FDJ) have both notched notable results during the first half of the season. With our support, Matt Goss can hold his own against any of these riders.

Teams are committing a lot of money, time and talent to their sprint trains. Pair this commitment with the depth of the sprint field, and I can guarantee that we’ll witness some of the most competitive sprints that we’ve seen at the Tour in a long, long time. It’s exciting and daunting at the same time. A win at the Tour de France always means something; to win a sprint stage would be extra gratifying.

That said, we’re not picky. We’re looking for the stage win that eluded us last year, and we’ll take it however we can. I’m confident that the nine riders we have selected will get the job done. It’s a great group to take on the three weeks of racing that await us. 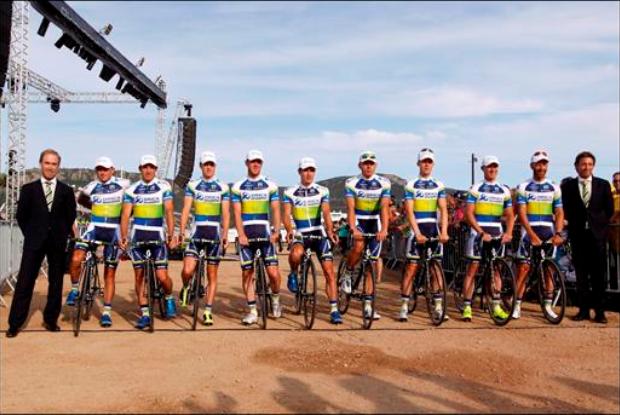 RadioShack Leopard to the Tour of Austria