INSCYD: Is Lab Testing a Thing of the Past?

What happens in the body of an athlete during a race? How is this influenced by the training of the athlete? How can a rider physically optimise performance? Those questions have been hard to answer – until now. After years of research and testing, the world of professional cycling is embracing a new performance tool. INSCYD (pronounced In-side) is a software tool which calculates the most important metabolic processes in a working muscle during exercise. The software analyses the aerobic & anaerobic capacity, fuel combustion from fat and carbohydrates, creatine phosphate, lactate levels, muscular pH and many more metrics to get a holistic picture of an athletes performance.By measuring these metrics and applying a series of algorithms the software allows you to identify the physiological demands of any given performance.

While this may sound complicated, the overall concept is designed to simplify the training process for both athletes and coaches, and with World Tour cycling heavyweights like Peter Sagan and Primoz Roglic using the technology, there may just be method in the madness.

Sebastian Weber – a co-founder of the software – provides an example of how INSCYD works: “Let’s imagine we have the power data of a rider like Greg van Avermart during Paris Roubaix. In the software I can combine this power data with the physiological profile of Tony Martin and identify why he can’t follow Greg van Avermaet anymore.

The software then allows for the possibility to play around and change any physiological metric (body composition, aerobic or anaerobic power, etc) of Tony Martin’s profile until he is able to follow Van Avermaet. This way the software allows the coach to find out what the performance limiting factors are to make informed decision on what to train and how to improve.” 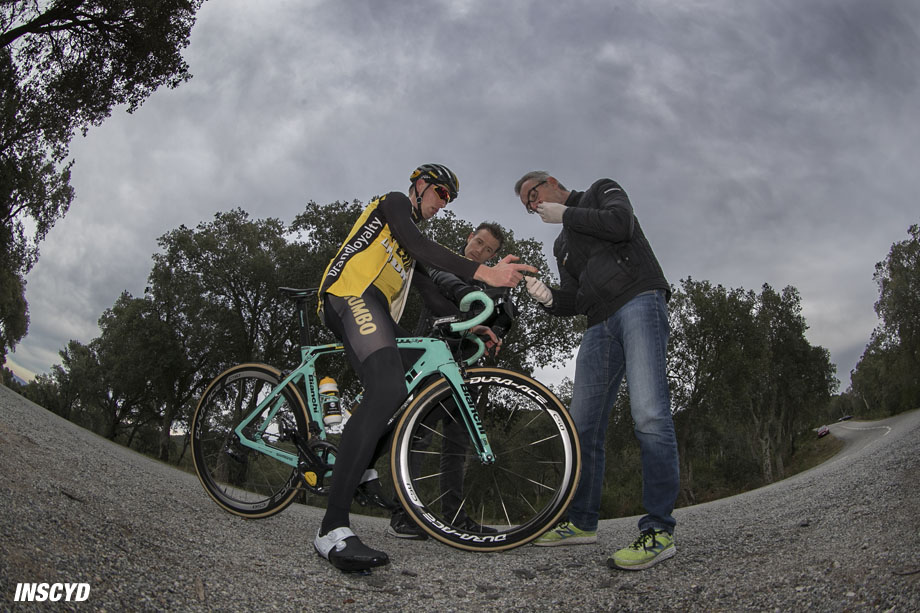 One of the features which sets INSCYD apart from conventional performance testing is the absence of lab testing to gather results, instead riders can incorporate the necessary tests into their daily training routine rather than relying on expensive equipment in a sport science lab.

This testing can be done in two ways : via a lactate test which contains usually 4 short bouts of exercise (between 2-6min each) or with a critical power test which contains set of 15’’ to 20’. Both procedures can be done in a field test scenario (or alternatively in a lab) without sacrificing accuracy. Whilst the critical power option requires very specific and precise testing, the lactate testing can be done with any combination of efforts. Therefore it is even possible to use a variety of interval training sessions – for example over the course of a 3 day training block – as a valid substitute for a designated testing session.

The fact that the testing can be carried out without a lab is especially useful for teams, or in a camp scenario where you don’t want to sacrifice training time for performance assessment. This feature is something which has gained the interest of several World Tour cycling teams.

Team BORA-hansgrohe and LottoNL-Jumbo are currently the only top-tier teams using INSCYD to monitor the performance of their riders. Though the simplistic and effective nature of the software has left several other teams interested in acquiring the software, according to Weber.

“I began working on this system during my time as Head Coach at Team Columbia – Highroad and the results we had during those years spoke for themselves. We have developed it a bit more and it is now being made available to more teams and athletes.”

With riders scattered out over different countries and a busy race calendar, testing anywhere and anytime is of added value to teams explained Bora-Hansgrohe Head of Performance, Lars Teutenberg.

“Riders hate lab testing. The environment is artificial, they are sweating and the ergometer is never their own bike. Above all, it’s an inefficient use of time. This system allows us to do a simple field test and get all the same results as a full lab test out of it.”

We also get more accuracy. Before, the coaches found it was a big problem to base an entire season of training on one or two sets of lab tests done in the winter months. Now we can get a rider to do a test wherever in the world he may be and he can even do the test on his own bike.”

There are two options to run an analysis on a cyclist: using lactate testing or via critical power tests. Both methods can be done either in the lab or in the field. The advantage of the latter is obvious, as it does offer more realistic testing when compared to training and racing. 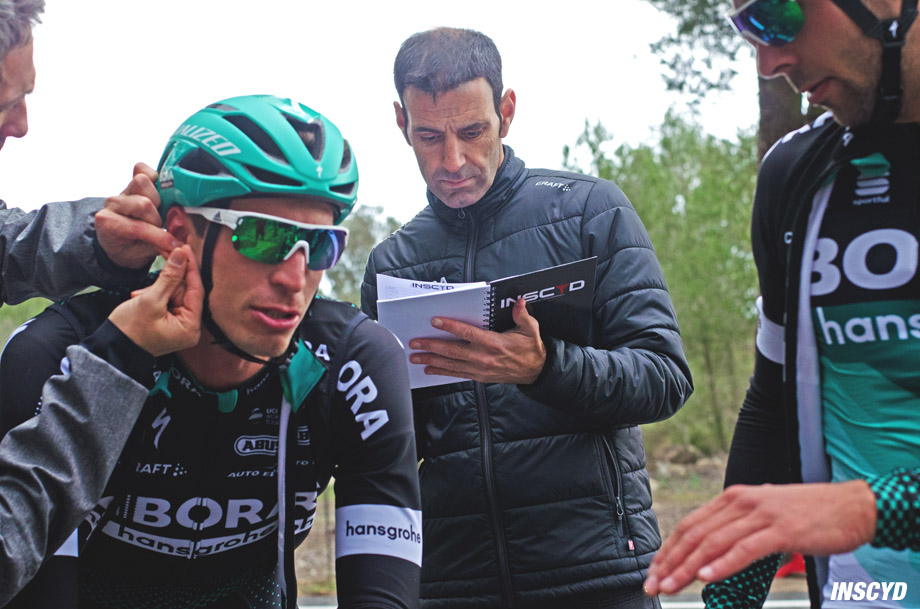 Bora-Hansgrohe general manager Ralph Denk pointed to the quality as well as the practicality of using the system.

“Our team try to be pioneers in innovation and performance and using INSCYD helps us to achieve both of these. Lab tests can only give us limited information about a rider’s condition. Also we have found that different testing labs will use different testing protocols, now we have a system where the same method is in place for everybody. INSCYD will allow us to monitor a rider’s progress on a continuous basis, even when they are at home which is very valuable, especially for our coaches.”

“Our riders are scattered around the world – in total our squad are living in 11 different countries. When you factor in the hectic racing schedule, the logistics of trying to test a rider’s condition regularly in a lab becomes very complicated – this new system has helped us to overcome that.”

Both World Tour teams trialled the software before they started using it to see how their values compared to conventional lab testing – the results were identical. BORA-hansgrohe coach Dan Lorang conducted tests at the pre-season training camp: “The accuracy of the algorithms used by Inscyd was outstanding, there was almost no difference between the lab tests and the field testing. The only difference was that the field testing is much cheaper and saves more time than a lab test”.

The accuracy will be of no surprise to the founders of Inscyd – huge attention to detail was taken to make sure these figures added up. The algorithms used in the software all derive from peer reviewed publications and were all scientifically validated before the software became available. The margin for error are stated as being within the range of common powermeters of 1-2%.

Not keen to limit itself to the cycling market, INSCYD is also being used by organiations of other sports such as swimming and triathlon. The French Swimming Federation is using the software, as is former Olympic triathlon champion Jan Frodeno. Further expansions into other sports is expected in years to come.