Rally Cycling Finds Success On, Off Course With UHCCF Tour of California Bike Auction
Rally Cycling raced the 2017 edition of the Amgen Tour of California determined to find victory on the roads of the Golden State, and make a difference in people’s lives. While the team competed against the biggest teams in the world, another race was on to bid on the team’s custom-painted Diamondback Podiums. The bikes were on auction as part of the UnitedHealthcare Children’s Foundation’s (UHCCF) “Ride into Spring” fundraising auction.

“Rally Cycling’s support of the UHCCF is remarkable and inspiring,” said Rob Britton, who raced on a Camo frame inspired by grant recipient Camden. “The entire peloton was jealous of the amazing bikes we were riding. Knowing the bikes were being auctioned off for such a good cause provided extra motivation for us, and it’s something the entire team will remember. It made for a few stressful moments knowing how important it was not to crash and scratch one of the frames.” 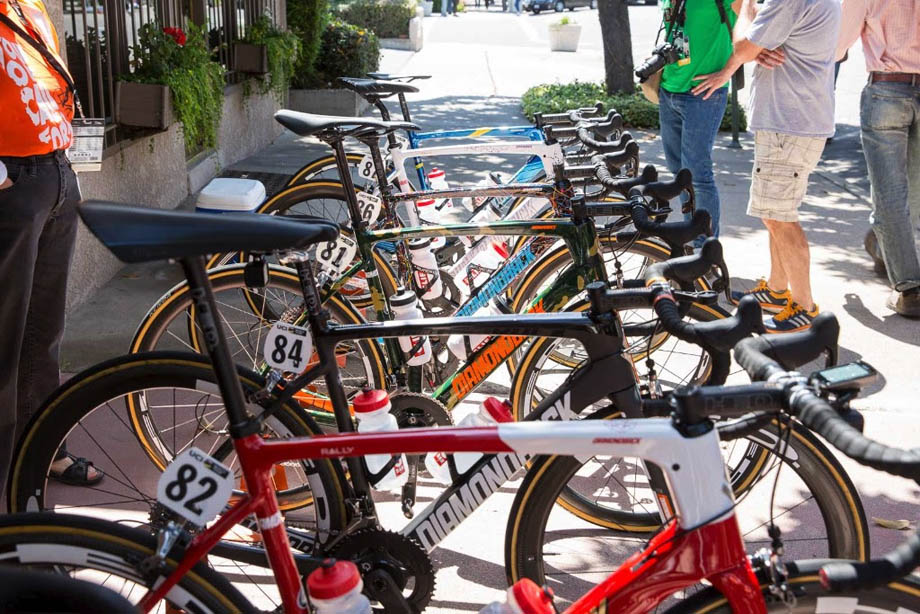 The UHCCF team bikes of Rally Cycling await the riders before stage two of the Amgen Tour of California.

Each bike was inspired by the imagination of a UHCCF grant recipient who filled out a survey about their favorite things and future aspirations. Then the Rally Cycling design team got to work creating a theme and custom name badge for each child. Themes included favorite school subjects, animals, family activities and even a few super powers. The eight custom bikes raised $32,000 to support funding of UHCCF medical grants. The grants are awarded to families who need financial assistance to help pay for their children’s health care treatments, services, or equipment not covered, or not fully covered, by their commercial health insurance plans.

“The UHCCF is a great charity, and we are proud to support its efforts,” said Rally Cycling General Manager, Jacob Erker. “The Inspired bike project was a unique and successful way to raise funds and awareness for the UHCCF in the lead up to, and during the Amgen Tour of California. As important as the team’s victories are on the roads of California, it’s more important that we use the reach of our program as a platform to make a positive and lasting difference in people’s lives.” 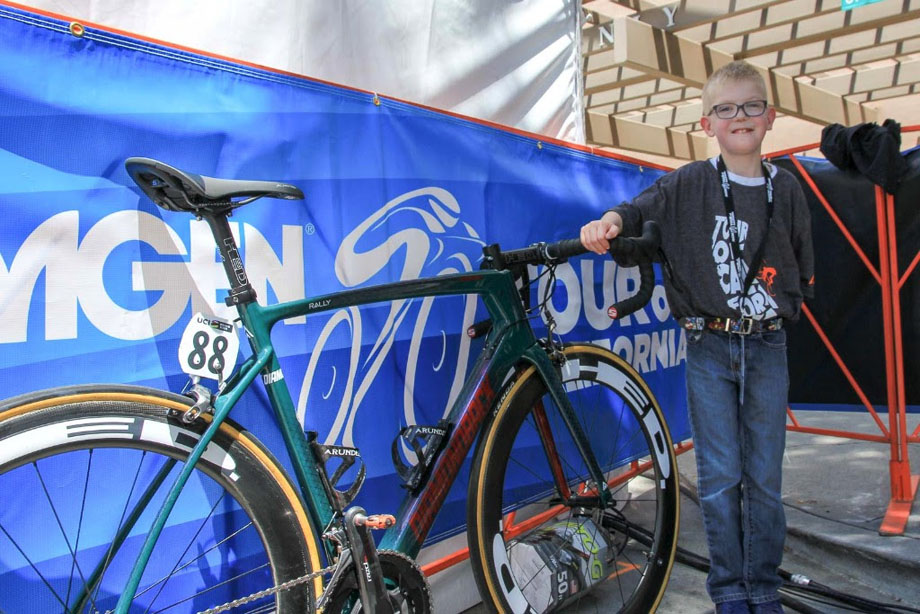 On the final day of the Amgen Tour of California, the team was honored to host Nathan, the UHCCF grant recipient whose favorite animal, the Green Anaconda, inspired Eric Young’s Snake bike. In addition to seeing his bike in person, Nathan and his family got a roadside seat to Evan Huffman’s stage seven victory and were able to celebrate with the team after the race. When asked what his favorite part of the day was, Nathan said, “Rally winning.”

“Nathan thought is was the coolest bike ever,” said his mother, Stephanie Ellinger. “He was so excited and stated that it was even better than he could have ever imagined. It was a special day, a lot of kids with health issues like Nathan, their lives are spent in and out of a hospital. Getting a chance to do something normal, like go to a bike race, is not an everyday occurrence. It is great to see organizations like Rally Cycling support the UHCCF. The grant Nathan received was used to cover the some of the costs to remove his feeding tube and allowed him to eat normally. For us, it was meaningful because eating is an everyday function and at the time we couldn’t have afforded the procedure without the additional help from the UHCCF.”