Taking to the roads where Western Asia and Eastern Europe meet for Drapac will be Jack Anderson, Will Clarke, Ben Johnson, Jordan Kerby and Darren Lapthorne. The team has the luxury of a two-pronged attack for the general classification with Clarke and Lapthorne spearheading the squad of genuine all-rounders.

“The stages are a bit of a mixed bag – there are stages for sprinters, stages for climbers,” said Directeur Sportif, Agostino Giramondo. “We’re not going with a designated climber or sprinter.”

The Tour d’Azerbaïdjan is the second race of a huge block of international racing for Drapac which began with the Presidential Tour of Turkey and will stretch to Japan, the United States, Korea and then Iran.

Returning to the team after two months on the sidelines following a broken collarbone is current Australian Under-23 Time Trial Champion, Kerby. While there isn’t a chrono for the Queenslander to test his mettle, Kerby has raced Tour d’Azerbaïdjan before – in 2012 – and is looking forward to heading back.

“It’s well organised and it’s a very different part of the world to see,” he explained. “Breaking my collarbone was a real set back and it forced me to have more time off the bike and without structured training. The training camp allowed me to get some good quality and top end speed that I was definitely missing.”

Giramondo said that it was a “bonus” having Kerby back in the team for Azerbaïdjan, explaining: “His figures at the training camp were also on the up and up every day so he should be in tip-top condition.”

Clarke has been one of Drapac’s most consistent performers since the very start of the season, and was finally rewarded with a stage victory at the recent Tour de Perth. The 29-year-old Tasmanian is optimistic of his chances.

“I’m looking forward to the race and I’m hoping to ride for a good GC result,” Clarke said. “There are some tough stages with some solid climbs so I’ll have to see how I go on those days, otherwise I will target some stages for a result.”

Giramondo said that Clarke has “never let us down” and also believes that Lapthorne can be just as good for the team in Azerbaïdjan.

“Darren is a seasoned-performer,” he explained. “His training is going well and he’s been doing a lot of climbing so hopefully he’ll come into this race with some fresh legs.” 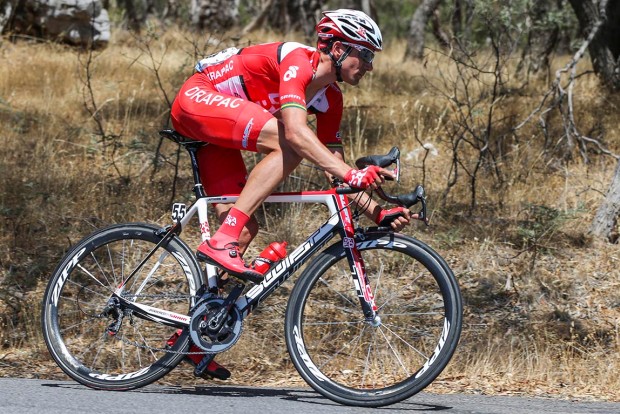