Introducing CFR: The Next Level at Canyon

There comes a time when striving for the next level of excellence demands a complete re-imagining of the rules. When pushing to make an even faster racing bike becomes a study in the very concept of how to build a bicycle. Canyon Factory Racing is the result of this pursuit. 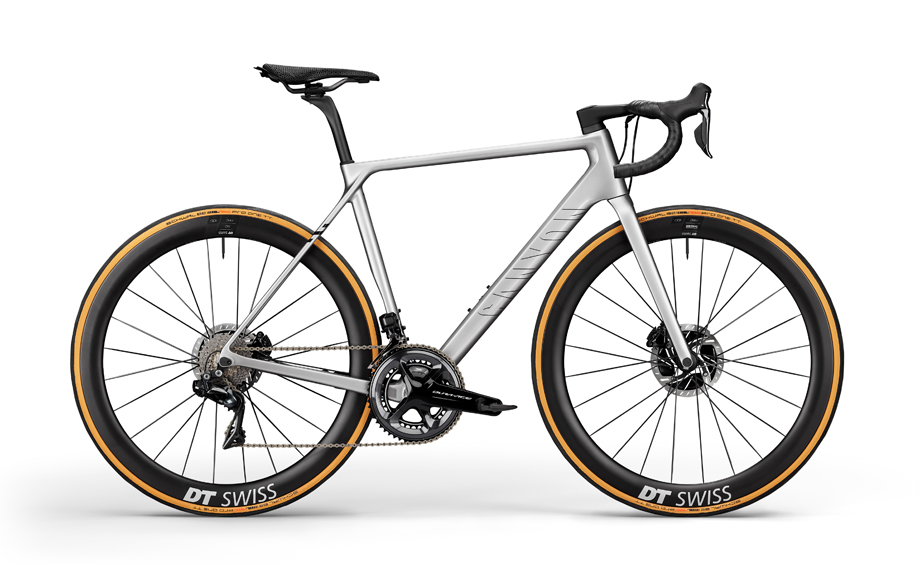 It is a genre-defying collaboration between engineers and athletes, making CFR bikes lighter and better than ever before. Canyon Factory Racing is the result of decades of expert engineering and intense athletic collaboration. From the molecular to the muscular, our athletes and experts have worked symbiotically to deliver a new class of racing bike – a feedback loop between man and machine that has taken years of refinement. Why did we create Canyon Factory Racing? Because being the best always demands more of us – as engineers, as athletes, and as lovers of the sport. Canyon Factory Racing is to step up to the next level: to force ourselves to go faster, be smarter, and build better. It is the pursuit of greatness, distilled into three letters. 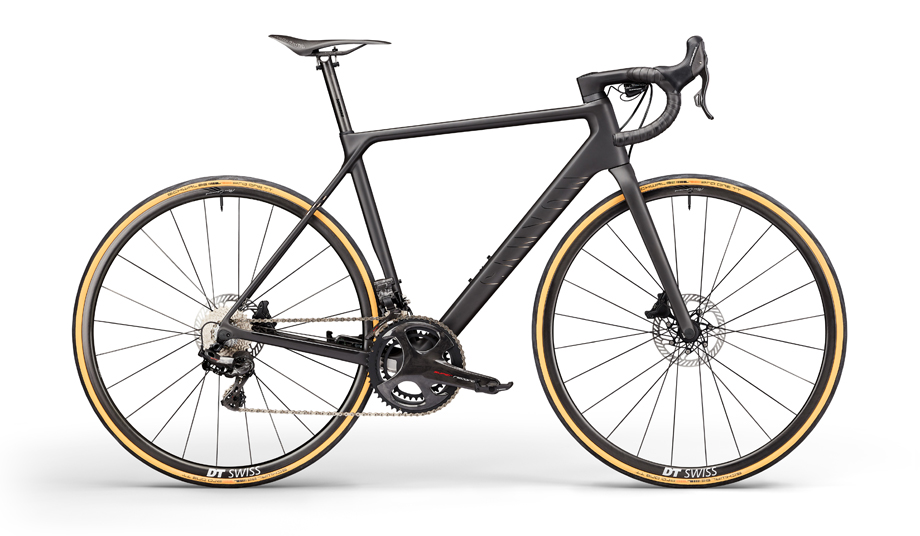 The Ultimate CFR continues the success of the benchmark-setting Ultimate CF Evo Disc, the lightest production disc brake road bike. It is the first in a range of CFR road bikes that will define performance within their categories. A celebrated climber’s bike with all-round, Grand Tour-winning pedigree, the Ultimate CFR is all about delivering unparalleled stiffness-to- weight for absolute efficiency. Lightness is essential to these builds, but so is durability, which is why all 675 g frames and 285 g forks exceed our rigorous testing standards. This incredible weight is achieved by applying quality ultra-high modulus pitch-based carbon fibres rarely seen in the industry. The material is so special, we initially had to be granted exclusive permission by the Japanese Ministry of Defence just to gain access to it. In order to create a structure that is strong and durable, as well as light, the ultra-high modulus fibres are blended with various other modulus and high-tensile fibres to create the complete all-round package. This layup is then applied to moulds with clinical precision, ensuring minimal fibre overlap to save material and thus precious grams. 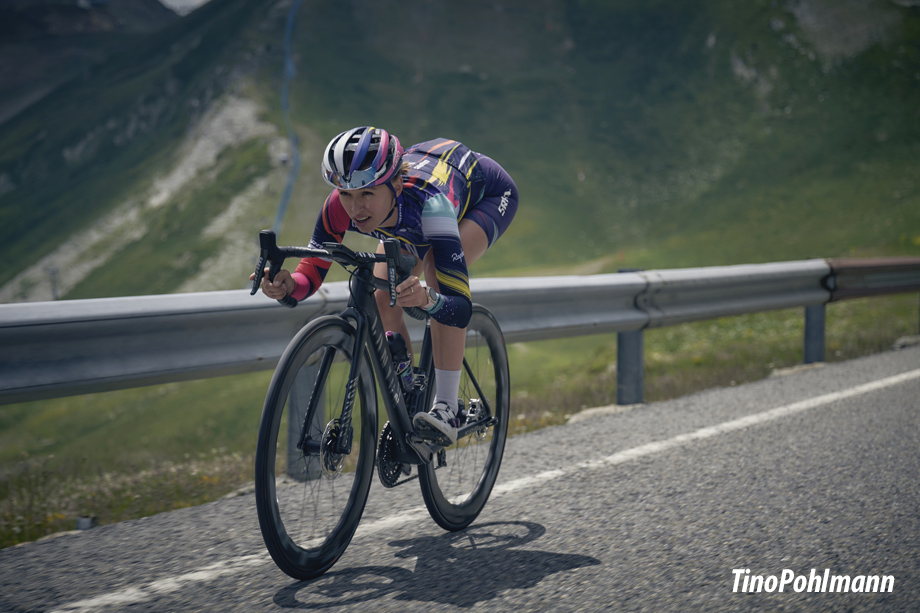 All of this adds up not only to pinnacle climbing performance, but a frameset with the same smooth ride, pinpoint handling and watt-saving aero profiles that have made the Ultimate one of the most successful race bikes of its generation. Expect to see the Ultimate CFR raced at the highest level by some of the world’s best climbers, among them Kasia Niewiadoma of CANYON//SRAM Racing, and Movistar’s Enric Mas. 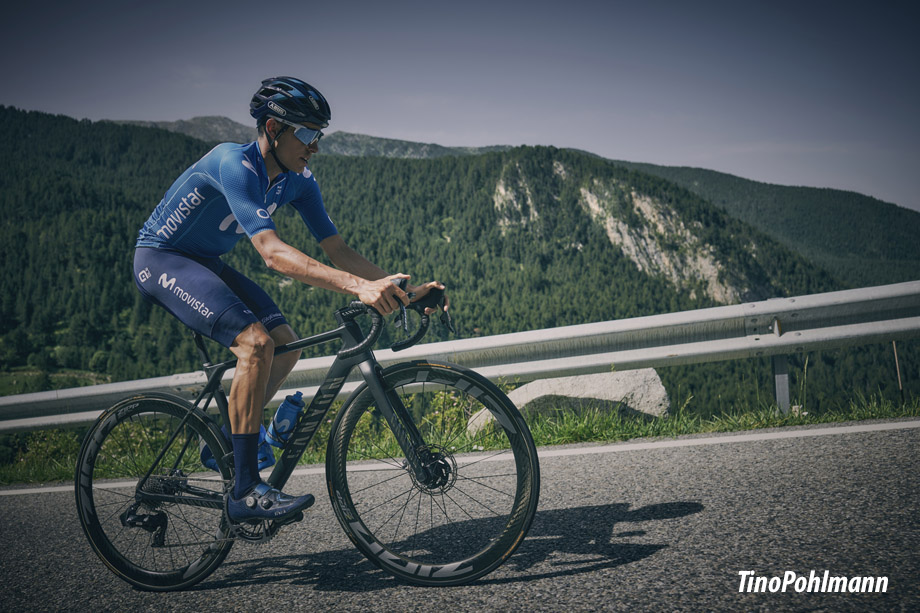 The Ultimate CFR is available in two complete builds and one frameset, and goes on sale at canyon.com on 11th August. With a complete Shimano Dura-Ace Di2 groupset and 50 mm deep-section DT Swiss ARC 1100 DICUT wheels, the Ultimate CFR Disc Di2 weighs in at a UCI-illegal 6.5 kg, making it the envy of all racers. For climbing purists, we created the superlight Ultimate CFR Disc EPS, which features a Campagnolo Super Record EPS groupset and DT Swiss PRC 1100 25Y Anniversary wheels to bring the scales down to a featherweight 6.2 kg. Framesets come complete with our 270 g CP0020 Cockpit and exclusive Schmolke 1K carbon seatposts, making them a blank canvas for that dream build starting from 1.5 kg.

About Canyon Bicycles
What started life in founder Roman Arnold’s garage as Radsport Arnold has evolved into one of the world’s leading manufacturers of road, mountain, triathlon, fitness, urban and kid’s bikes as well as modern e-bikes. Officially renamed in 2002, Canyon works hand-in-hand with the best athletes on the planet to produce an array of award-winning bikes that embody a pure passion for riding. With a strong reputation for true innovation, implementing leading technologies, clean and clear design as well as the highest standards in quality and service, Canyon continues to expand worldwide, selling more bikes outside of its native Germany than within since 2008. As a pioneering direct sales brand, Canyon products are exclusively available online at www.canyon.com.

Wahoo Launches Its Most Accurate KICKR Yet