7 stages from Warsaw to Krakow, from August 2nd to the 8th. Special Guests Rafal Majka and Michal Kwiatkowski.

The curtain has been officially raised on the 2015 Tour de Pologne. Against the splendid backdrop provided by the Hotel Marriott in Warsaw, the presentation was held for the 72nd edition of the Polish stage race scheduled from August 2nd to the 8th. This event has become not only the most important cycling event in all of Eastern Europe; it is also turning out to be one of the most significant dates on the World Tour summer calendar.

“There are going to be 7 fantastically thrilling stages, from Warsaw to Krakow. We developed the 2015 parcours with the intention of using cycling to unite the two capitals of Poland: the actual, modern capital of Warsaw with the historical and cultural capital Krakow,” explains general manager for the Tour de Pologne Czeslaw Lang. “Our aim is to promote the international importance of the Tour de Pologne and the Polish cycling movement more and more, year after year. We have a great race, and now we can count on a great generation that includes riders like Rafal Majka and Michal Kwiatkowski, who are here with us today and who we hope will be lining up for the race in August; they represent the maximum expression of this event.” 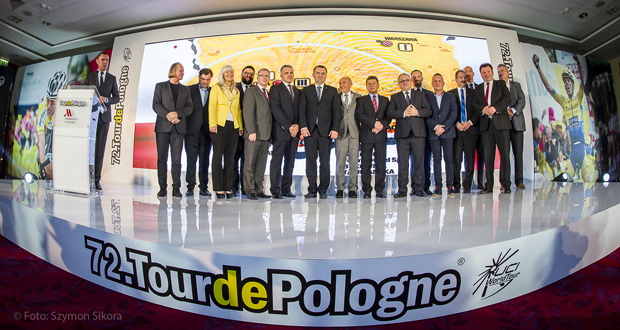 As for the route for the 2015 Tour de Pologne, after the first three stages suitable to sprinters in Warsaw, Dabrowa Górnicza and Katowice, the first real pitfalls will surface with the new arrival at Nowy Sacz, a long, hilly stage covering 220 km. Then there will be the two genuine mountain stages with arrivals in Zakopane (which will feature a new climb) and especially with the classically difficult circuit in Bukowina Tatrzanska, before the grand finale featuring the 25 km individual time trial in Krakow.

“It’s a very nice parcours; the 4th stage will pass close by my house. I think the key stages will be the 4th as well, with the arrival at Nowy Sacz, and the 6th stage in Bukowina Tatrzanska, besides the final chronometer,” says the winner of the 2014 TdP Rafal Majka (Tinkoff-Saxo). “Last year the victories in the Tour de France were important for me, but winning the Tour de Pologne, with all the esteem and affection I felt from the crowds all along the roads of Poland, this gave me a joy that I can’t describe. According to my schedule I will ride in the Tour de Suisse, then in the national championships, and then I’ll be at the starting block for the Tour de France, but of course, if everything goes according to plan, there is also the will and desire to return to the Tour de Pologne as a major player.” 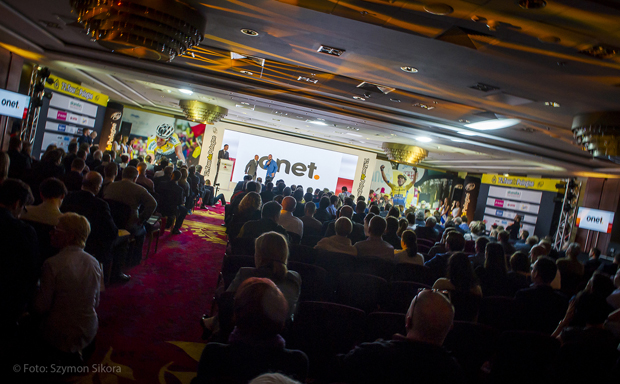 “I like the route; I’m sure it is going to be a great Tour de Pologne. I think the race will be decided in the last two days, between the climbs at Bukowina Tatrzanska and the time trial in Krakow,” says World Champion Michal Kwiatkowski (Etixx – Quick-Step). “I’m very happy with how my season has been shaping up; winning a classic like the Amstel Gold Race while wearing the World Champion jersey was an extraordinary feeling. Now I’m going to compete in the Tour de Suisse, the national championships and then the Tour de France. In order to be at the Tour de Pologne it will be important to see how I come away from the Tour de France but this year the Tour de Pologne will definitely have a special place in my thoughts. I would really like to race here wearing the world champion’s jersey along the roads of my native Poland. It would really be something special, a dream come true and which I’ve had since the first time I pedalled right here in the Mini Tour de Pologne children’s race.” 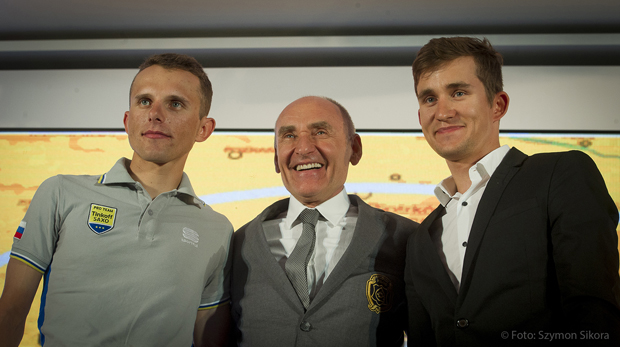 In keeping with tradition, there will be plenty of events associated with the professional race: the Nutella Mini Tour de Pologne, the event for the youngest riders, which saw more than 1500 kids in 2014; the Tour de Pologne Amatorów which every year in Bukowina Tatrzanska brings fans out to pedal on the same roads as the ones ridden by the athletes in the race. In 2015 the new event will be the Tour de Pologne Challenge Trentino, a granfondo race scheduled for Saturday, June 6th, in Trentino on the Dolomites, organized by the Lang Team in association with Trentino Marketing to celebrate the memorable stage arrival on the Passo Pordoi in 2013. 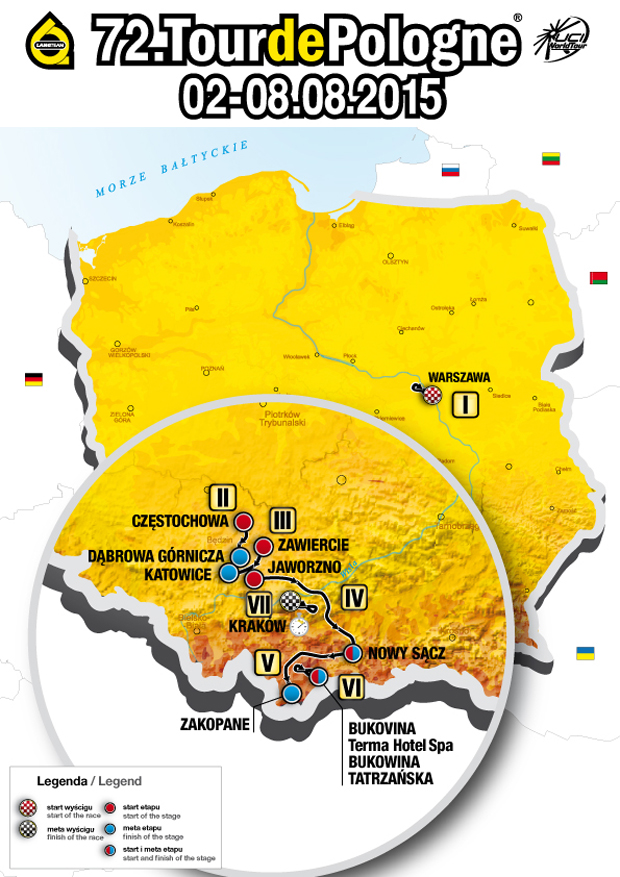