Ivan Savistky, one of the most versatile riders of the new generation of Russian road and track talents, signed a contract with RusVelo team. He rode for the squad for two years, then spent a season in continental division with the Russian Helicopters. He is coming back as a more experienced rider with a clearer idea of his abilities. Over the first four months of this season Savitsky has taken three wins, finishing on the podium no less than seven times. He appeared on the experts’ radar back in 2009, winning a bronze and a gold in the UCI Junior track championships in individual and team pursuit, respectively. On the other end of the spectrum he took the jersey of Russian U-23 road champion last year.

On the arrival to RusVelo’s team base in Italy, Ivan Savitsky said:

“I’m happy to sign with a serious professional team like RusVelo. It’s a very good moment to step up a level now that I am going through a transition period from U-23 to the elite ranks. I am still studying my abilities, so I don’t feel like jumping to any final conclusions as to where my main strength is. I can sprint but I’m OK with climbing as well – if only it’s not a 20 km-long ascent, sure enough. I think my future might be in one-day hilly classics; short tours are much to my liking too. I have never done any really systematic training for ITT, sill I finished third behind Anton Vorobyev and Sergey Chernetskiy in the nationals of 2012. In my first year as a junior I rode 3 km on the track in 3.17, that gives an indication that there might be some interesting results in short prologues. Of course in the beginning I’ll focus on helping the team leaders and learning from them; still when my own chance presents itself, I’m not going to let it pass by unnoticed. My first really big event with RusVelo will be less than in two weeks, the national elite road championships”. 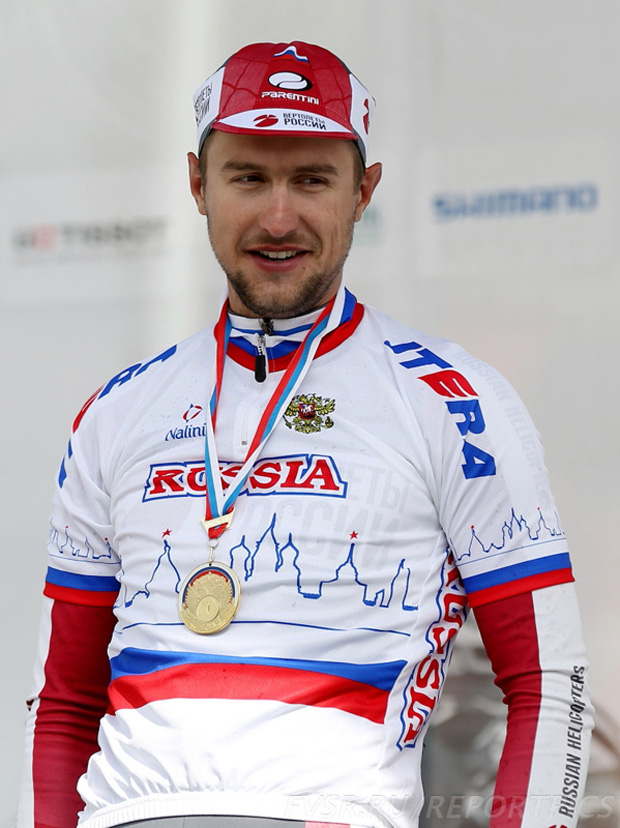