During the last stage of the Tour de France in Great Britain, NetApp – Endura once again displayed an aggressive performance. The 155-kilometer race from Cambridge to London was dominated for a long time by Jan Barta and his breakaway colleague Jean-Marie Bideau (Bretagne-Séché Environnement). The peloton caught up with Barta just six kilometers before the finish, with the outcome of the stage being decided in a sprint royale. In superior style, German top sprinter Marcel Kittel (Giant-Shimano) relegated Peter Sagan (Cannondale) and Mark Renshaw (Omega Pharma-Quick Step) to second and third place, respectively. NetApp-Endura’s Australian rider Zak Dempster sprinted into a very good 11th place.

“Jan had a very strong race, just as we had planned. After all, we wanted Jan to be a part of the lead group. It was a good thing that the first attack came off successfully, because that way Jan saved a lot of energy. Before the race, we had talked about him riding rather calmly for the first kilometers and then gaining more and more distance gradually. That strategy paid off during the final part of the race because he could hold out rather well. Today’s race will give Jan and the entire team a lot of moral momentum for the coming days. Standing on the podium at the Tour de France is always something special. Because we’re a wildcard team, the expectation is for us to ride aggressively. When you’re honored for doing just that, then it’s even nicer,” says Enrico Poitschke, Sport Director for Team NetApp – Endura, after the awards ceremony. 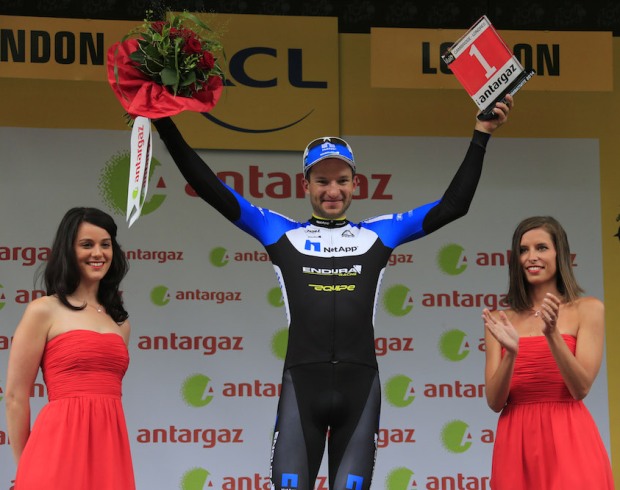