Despite undergoing surgery recently, Jacques Janse van Rensburg describes his year as good and great. Asked to reflect on how his first season in the Professional Continental ranks has gone, he says, “There was no low point for me this year. It’s just been normal days then good days and great days and it’s good to look back and think about it.”

The season started off well for Janse van Rensburg. He finished in the top ten on stage 3 of La Tropicale Amissa Bongo and then went to the Tour de Langkawi where he finished fourteenth on the way to helping Sergio Pardilla achieve a podium spot. He puts it down as one of his best rides, along with making the winning move on the opening day of the Giro del Trentino and finishing seventh.

Some of that off season work included a hernia repair operation. The South African says he has been suffering for the past four years and the condition has stopped him from getting sufficient sleep and nutrition before races. He is currently back home recovering after successful surgery.

“I’ve been struggling with it for around four years. Whenever I wake up in the mornings I struggle to eat breakfast before races. I am usually nauseous so struggle to eat enough. At night I would get really bad pain below my rib cage. I’ve lived with the pain for a few years and it’s affected my riding, not being able to eat properly before races and recover well when I have pain at night. The last 18 months it’s got worse so I decided I would get the surgery done during this off season.”

It’s now been three weeks since the surgery and today marks his return to training. He has started with some light gym work on his legs and core. As the team prepares for its training camp in December, Janse van Rensburg says he has his eyes firmly set on next year and has already earmarked goals for himself.

“I’d want to be in the team offering support if we get into a Grand Tour. That’s definitely a goal of mine. I would like to support the experienced riders there. I will also be chasing better results personally. I think I am going to step up next year and with the work I am putting in in the off season, I would love a podium or two in one of the races I will be doing. I can see myself getting a podium in one of the one day races so that’s definitely a goal for me,” Janse van Rensburg concluded. 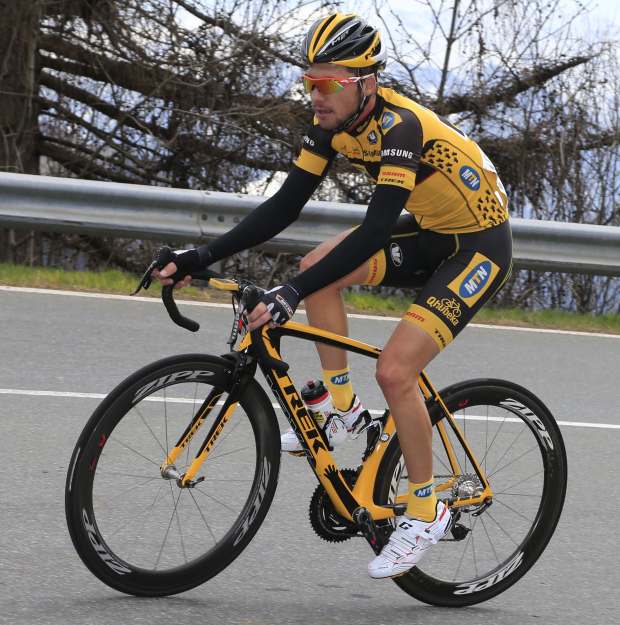