African and South African u23 Champion Joins MTN-Qhubeka
As of August 1st, the young South African rider, Jayde Julius will start his apprenticeship as a professional rider with Team MTN-Qhubeka p/b Samsung. It is likely that his first race with the team will be the Arctic Race of Norway.

The 21 year old is a member of the MTN-Qhubeka Feeder Team which is based at the World Cycling Centre Africa in Potchefstroom, South Africa. Jayde has a fair amount of European experience already as he attended the Rondse Cycling School in Belgium from the age of 15 and is currently training at the UCI World Cycling Centre in Switzerland.

Jayde confirmed his talent at the u23 World Road Race Championships in Spain last year with a strong ride as a first lieutenant to Louis Meintjes. One of his most promising results came at the 2015 South African Road Championships where he not only won the u23 national title but also managed to finish 3rd in the elite race behind our very own Jacques Janse van Rensburg and Darryl Impey (Orica-Greenedge). The following weekend he then went on to win the u23 African Continental Championships ahead of Merhawi Kudus as well.

Jayde Julius – Rider
I am really excited, grateful and super overwhelmed by the opportunity to race with MTN-Qhubeka p/b Samsung. It has been a journey to get to this point in my career and now it is just a dream come true to join a team from Africa, and specifically a team from South Africa that has just completed the Tour de France. The MTN-Qhubeka p/b Samsung team has always been a real motivating factor for me, knowing that the chances of reaching the highest levels of world cycling as a South African are real.

I would really like to thank my team, the WCCA feeder guys and especially our manager JP van Zyl. He has been so awesome and such a great help to me this year. He brought me onto the feeder team at the start of the year and then guided me to becoming SA Champ and African Champ. He helped me to get drafted into the UCI World Cycling Centre set up and now also to joining the pro-continental team. He is an amazing man who is doing a great job with the talented African riders at the WCCA. I may have just returned from injury but I still have big ambitions for this year. Only a week ago I arrived here at the UCI Cycling centre in Aigle to start preparing for the Worlds in Richmond, so to hear this week that I will stagiaire for MTN-Qhubeka p/b Samsung has just given me that extra motivation.

Brian Smith – General Manager
This team is about providing opportunities, especially to riders from the continent of Africa. We have been watching Jayde for the last 12 months and his progression via our feeder team. He has shown the commitment and determination required to be given the chance to ride with the team for the remainder of the season. We are looking forward to integrating Jayde into the team with a view to a permanent position in 2016. It’s a privilege to help in the progression of yet another talented African rider.

JP van Zyl – Director World Cycling Centre Satellite Africa
Jayde had an absolutely fantastic start to the season. He then had a bad crash at the Tour of Gabon where he tore his ACL. Seeing how he came back from such a serious injury after spending 3 months off the bike, just showed me the guy has absolutely everything a rider needs to be a professional. He was so focused and mentally strong during his recovery, it left me with no doubt in my mind that he will be a great addition to the MTN-Qhubeka p/b Samsung team. I am really excited and happy for Jayde and I wish him the best of luck with the MTN-Qhubeka p/b Samsung team. 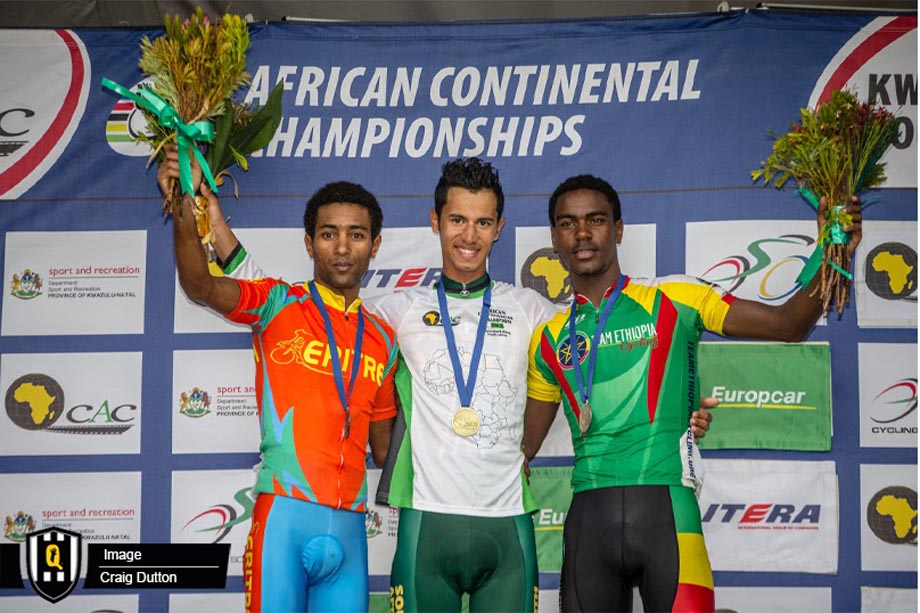