ORICA-GreenEDGE and ORICA-AIS are set to welcome two late-season stagiaires at upcoming races. Australian Amy Cure will join the women’s team as a trainee at the Giro della Toscana, while Korean rider Jiyong Kang will round out the men’s team at the Tour of Alberta. Kang is the second stagiaire for ORICA-GreenEDGE with Damien Howason currently racing at Tour of Utah.

The stagiaire opportunity for Cure comes following a solid string of results, which caught the attention of ORICA-AIS directors.

“We have been watching Amy develop during her last few years with the Australian National team,” said Sports Director Dave McPartland. “She is certainly a promising young talent coming through.”

While most noted for her results on the track, Cure has dedicated much of the 2013 season to developing a career as a road rider. Results have come quickly for the 20-year-old Tasmanian, with overall wins in the Adelaide Tour and the Czech Tour de Feminin-Krasna Lipa. Cure also took home the amateur rider jersey at the recent Thüringen Rundfahrt.

“Previously, my main focus was on the track, but I really wanted to go well on the road this year as well,” said Cure. “The offer to stagiaire with ORICA-AIS came as a surprise, but I’m really happy to have these opportunities opening up to me.”

The young Aussie’s primary objective at the Giro Toscana will be to gain an insight into racing at the professional level.

“We are looking to give Amy a taste of the professional scene with ORICA-AIS,” said McPartland. “The Giro Toscana is a ‘Hors Category’ event, so there will be some tough learning opportunities. It also allows us to get to know Amy a bit better and to observe her skills in a racing environment.”

Cure is undaunted by the task ahead, and hopes to use the opportunity as a stepping-stone towards a professional contract.

“At the start of the year, one of my goals was to turn professional,” said Cure. “This stagiaire position with ORICA-AIS is a really positive step towards achieving that goal.”

Young Korean rider Jiyong Kang will get an introduction to professional racing with ORICA-GreenEDGE at the upcoming Tour of Alberta. The 25-year-old, who has been racing for just three years, has emerged from the burgeoning Korean cycling scene. After picking up some strong results on the national calendar, Kang has spent the past two seasons racing the Belgian amateur scene.

“The Korean Cycling Federation have recommended Jiyong to us,” said General Manager Shayne Bannan. “Korean Cyclists have made good progression on the world scene on the track. With the announcement of this traineeship, ORICA-GreenEDGE is proud to play a role in the development of Korean cycling on the road.”

Tipped as a rider with all-rounder characteristics, Kang will line up in Alberta with the role of team helper.

“We look forward to giving Jiyong a great experience in Alberta,” added Bannan. “One that will hopefully motivate him for the future, as well as inspire many other young Korean cyclists.” 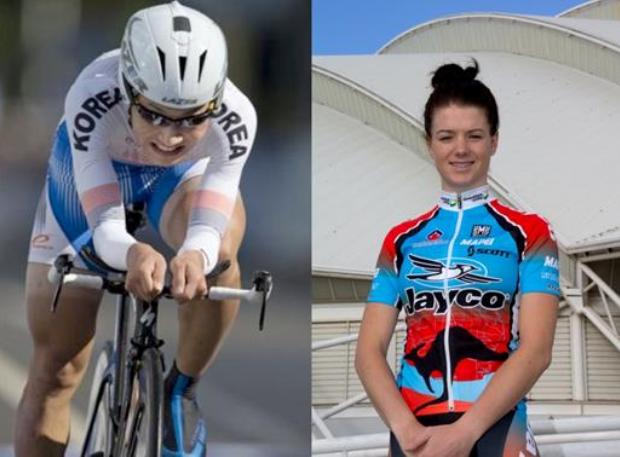