Joëlle Numainville became the Canadian National Road Champion for the third time on Friday after outsprinting defending championship Leah Kirchmann to claim victory. The race took place on the same course as 2013 when Numainville last won the title.

The race took place over 110 kilometres with the wind and hilly route playing a role in exhausting riders as the race went on.

“I’m super happy to bring the jersey back to Europe,” Numainville said. “Being able to carry your country’s flag for a year is special at every race you go to. I was focused on these nationals for a long time. Everything I’ve done the past few weeks has been for this. I was at altitude in Colorado for a few weeks then got some good racing in with Bigla and the national team. I knew the course suited me. It’s always tough when you line up against teams with multiple riders and I was alone here but it was an uphill finish and I knew if I was just patient that I had a really good chance.”

The race played out to be a tactical one, Numainville was involved in a few escape attempts but none that were successful. In the final kilometre, a small group had a slight advantage and with a sharp right hand turn into the last 200 metres, Numainville was the first to launch her sprint. “It was a power sprint and I knew I had to be the first in that corner. I wasn’t in the ideal gear but I held on for the line.”

Bigla Pro Cycling Team will be active during several other national championships this weekend. See the full line up here. 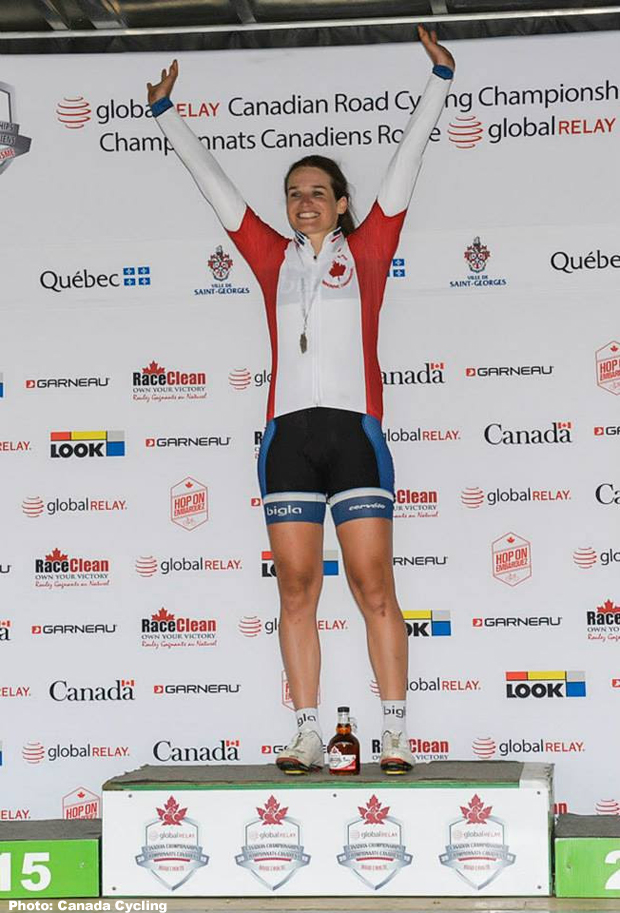