John-Lee Augustyn will return to professional cycling next year with Team MTN-Qhubeka p/b Samsung. The South African returns to the sport after spending time off the bike to recover from a hip injury he sustained while racing as a professional.

Augustyn turned professional with Team Barloworld in 2007 and remained there until 2009 before joining Team Sky at its inception. However, he never fully recovered from a crash in 2007 in which he damaged the head of his femur.

He eventually underwent a Birmingham Hip Resurfacing in 2011 and last year decided to take time off the bike to allow his body to recover. After itching to get back to racing, Augustyn has spent time training in Italy and has undergone several medical tests with Team MTN-Qhubeka p/b Samsung.

“I’m really happy and motivated,” said Augustyn. “My family and I have made tough choices and sacrifices in the last few years and now they are paying off. I feel I am back where I belong. To be a professional bike rider is a privilege and I’m very proud to be a member of a team from my own country.”

Team Principal, Douglas Ryder welcomed the news: “John-Lee is a super talented South African rider that has seen the absolute highs and lows of cycling. He has ridden every Grand Tour including a top 50 general classification in the Tour de France. We have done a thorough check on his health and he is ready and motivated to get back to the highest levels of world cycling again and we are happy we can give him this chance. He is very positive for next year and his experience will go a long way in supporting and mentoring our team as we make our bid to race in the grand tours of world cycling.”

Brian Gouldie, MTN SA Chief Marketing Officer says: “MTN is very honored to have John-Lee Augustyn choose to sign with the team. There is no doubt that his talent as well as his vast experience will come in handy in the many international races we’ll participate in the next season.”

Team MTN-Qhubeka p/b Samsung prides itself in being a high performance race team, providing world class coaching and support to the athletes, something Augustyn says he is looking forward to.

“I’ve followed the team’s progress this year and I find it very interested. When I joined Sky as a start up team, they were very innovative and did new things in cycling. I see Team MTN-Qhubeka as the same with taking African riders and giving them the best scientific support in all departments to become the best in the world. I’ve seen the support all the back up staff give and can see the riders really appreciate it as it is world class,” Augustyn concluded.

Team MTN-Qhubeka p/b Samsung will have 25 riders for the 2014 season. All the riders from 2013 remain and with the new additions, the team will comprise eighteen from the African continent and seven international riders. 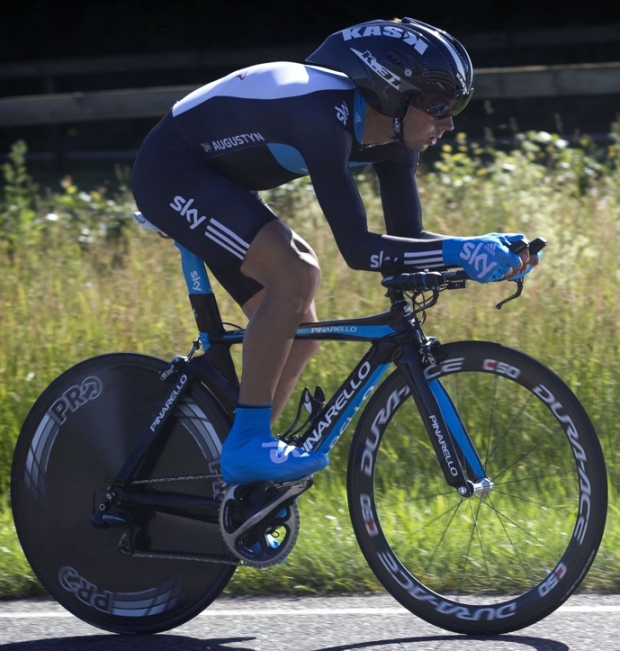 Lotto Belisol Ladies: Bronze medal for Jolien D’hoore in the omnium at the European Championship