On Monday November 9th, at 9.00 AM, riders will be able to enter the 20th edition of the event dedicated to Italian legend Felice Gimondi

Sunday May 15th, 2016 will be a special date: Granfondo Felice Gimondi – Bianchi is nearing its 20th birthday, coming in the Holy Year proclaimed by Pope Francis. A number of special initiatives are already in progress, as a driver to further increase GM Sport event’s popularity, after having established in years as an actual reference for riders from all around the World.

The three classic routes – short (89,4 km), medium (128,8 km) and long (162,1 km), – personally drafted by Felice Gimondi, will be unaltered after collecting great appreciation by the participants of every age and level over the years. On the other hand, the official jersey of the 20th edition, realized by Santini Maglificio Sportivo, will represent a change of direction: traditionally dedicated to one of Felice Gimondi’s historical successes, in 2016 instead it will celebrate the 20-year-long history of the Granfondo Gimondi-Bianchi. A real “puzzle” of the nineteen jerseys from the past editions, the jersey will be available for purchase with the registration to the event, as well as singularly.

“With 3700 starters from 28 different Countries, the 2015 edition was a very successful one – Organizer Giuseppe Manenti said – but it is our intention to continue in that direction, while increasing the International and womens’ participation. The 20th will be a special edition, and the Jubilee’s will represent another great motivation to give our best and make a further step forward.” 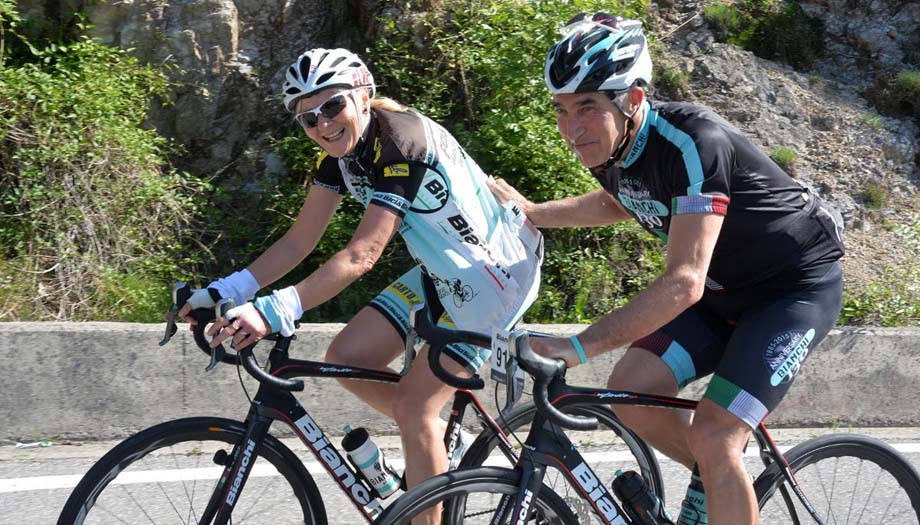 The GF Internazionale Gimondi-Bianchi will return on Sunday May 15th, 2016, in Bergamo (Foto Daniele Mosna).