ORICA-AIS is proud to announce that Katrin Garfoot has signed a contract with the Australian outfit for the remainder of the 2014 season. The German-born Australian will join the team beginning at the Giro del Trentino next Sunday.

“We’re really excited to bring Garfoot onto the team,” said Sport Director Gene Bates. “She’s relatively green to European racing, but what we’ve seen her do is good so far. She’s new to the game, so she’ll need some time to settle in, but we expect it to be a great fit.”

“This has all happened very quickly,” said Garfoot, who only began riding a bicycle four years ago. “Because it happened so quickly, it’s a bit hard to take it all in. I was thinking in my head that further down the road, I might be able to get into a professional team, but I didn’t have the confidence to think it could be this year. I’m really excited for the opportunity.”

Whilst Garfoot may be new to the sport, she has proven a quick study. In her second full season of road racing, she won the Oceania Road Championships and the NRS series. Those results earned her a spot at the infamous Cycling Australia selection camp where she secured a place at on the Australian National Team for a European block of racing this past spring. Her results in Europe inspired her selection into Australia’s Commonwealth Games team.

“My husband got me into the sport,” Garfoot explained. “He was always mountain biking with a friend, and I felt excluded, so he organised a mountain bike for me so that I could ride, too. The road bike came next. We did some training crits from there, and he said he thought I had some potential. He got me a better road bike, and I started racing three years ago. My second road race was the 2012 National Road Championships.”

Garfoot never looked back. She did two full seasons of the NRS series with Pensar SPM before Cycling Australia threw her into the deep end of European racing to see if she would sink or swim. She crashed out of her first World Cup. Redemption came in her second World Cup where she finished in the front group, slotting into 16th place.

“My result at Flèche was a big wake-up call,” said Garfoot. “It showed that I can race in Europe. For some 16th place might not be important, but for me to finish in the front group during my first month of racing in Europe, it felt big. I think I can say that it was my best result because of the quality of the field.”

Garfoot backed up her performance in Belgium with second overall at Gracia Orlova and fourth overall at the Tour of Zhoushan Island, where she also won the mountains classification. From China, Garfoot heading back to Australia before she got the call-up from ORICA-AIS.

“During my trip with the National Team, I often found myself thinking that I wish I could step into a team with an established leader and workers and just learn everything,” said Garfoot. “That’s what I’m really looking forward to about these next few months. The development team was a great experience for me, but it’s also challenging because we’re all new. When you have that many inexperienced riders, it’s hard to create a team that can compete. I’m looking forward to learning as much as possible in a professional environment.”

“Katrin is strong on the climbs and in the tough terrain,” said Bates. “She’s an all-rounder. With her result at Flèche Wallonne and a few other races where she showed promise, we’re confident that she will be an important addition for the remainder of the year.” 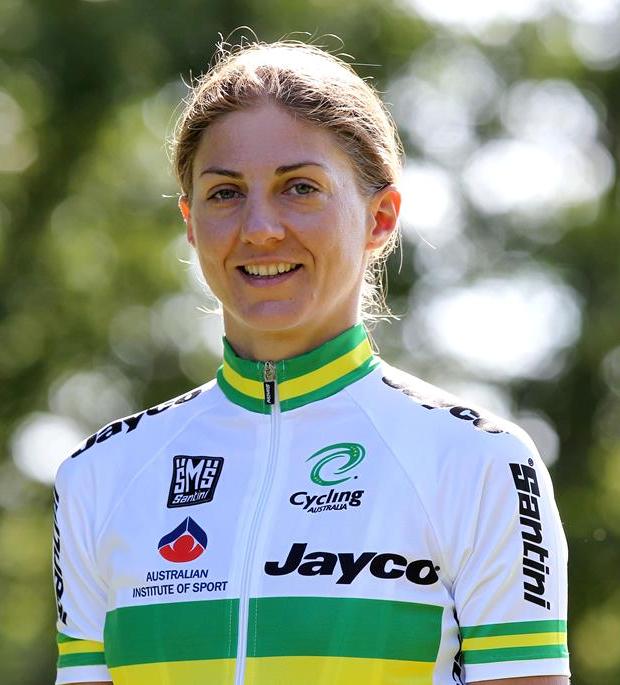